Some German industry officials have lately been touting 'e-fuels,' synthetic liquid fuels that can be burned in diesel engines, as an alternative to an all-electric automotive future. Is this workable - or mere PR? 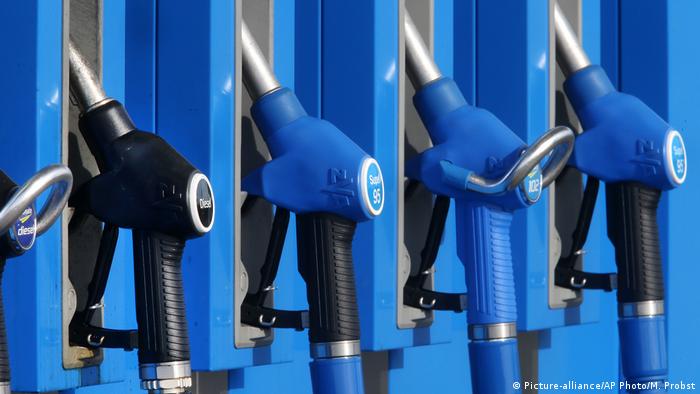 Until very recently, German carmakers have ignored hybrid and electric vehicle (EV) technologies, and prioritized diesel-engine cars instead - even as Japanese rivals invested heavily in gasoline-electric hybrids like the Toyota Prius, which was first introduced in 1997. Now, in the wake of the Dieselgate scandal, the Germans are rushing to master the art of building hybrids and EVs.

But some people in the German car industry don't want to give up on diesel engines. They hint at a possible workaround: A new supply chain of synthetic 'e-fuels' could be built to supply clean fuel for diesel engines. They say that some diesel-fuel alternatives, such as oxymethylene ethers produced with energy harvested from solar or wind power, would generate far lower emissions of carbon dioxide (CO2) and nitrogen oxides (NOx) than fossil diesel fuel. 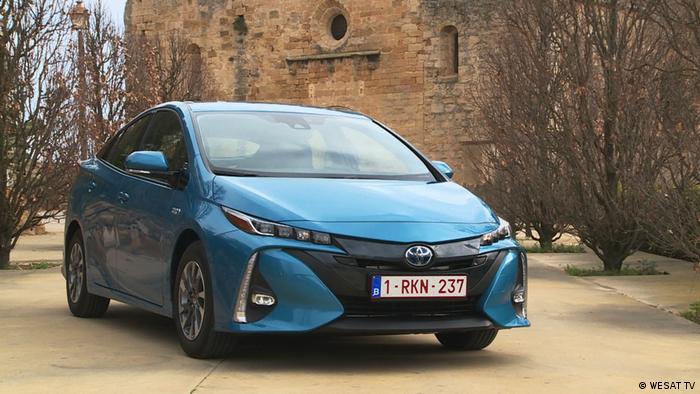 The Toyota Prius plug-in hybrid, introduced in early 2017, is one of several models of Prius the Japanese company introduced in its fourth-generation updated Prius line-up. It's the most fuel-efficient Prius yet

Matthias Wissmann, chief lobbyist of the German Automobile Industry Association (VDA), is among the proponents of low-carbon synthetic fuels. At a conference of the German federal research ministry BMBF in Berlin on May 23, Wissman began by lauding the major investments the German automotive industry is making toward developing electric vehicles.

But he then added that the industry is also "intensively researching fossil-fuels-independent e-fuels, which are fuels for internal combustion engines produced using renewable energy sources like sun or wind… They can contribute to a comprehensive decarbonisation of the transport sector, because they work directly in the existing vehicle fleet."

Wissman claimed that "the technology for this is already available today."

But is that true? 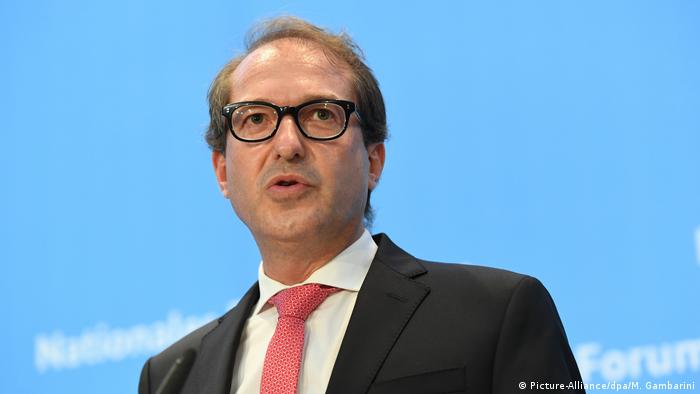 The EU has been warning the German government for years that NOx pollution in German cities were in excess of safe limits. Most of that urban air pollution stems from diesel vehicles. Pictured: Federal Transport Minister Alexander Dobrindt, who some critics say has been slow to react with effective policies

The technology is available - the synfuels aren't

Werner Willems, a senior researcher at Ford Research & Advanced Engineering Europe, told DW that several types of synthetic fuels can be made that will work in diesel engines, but they have not yet been mass-produced.

Fischer-Tropsch synthesis is a process for chemical recombination of carbon monoxide and hydrogen into any number of different synthetic hydrocarbons, from small molecules like methane through heavier ones like paraffin. Invented by German research chemists Franz Fischer and Hans Tropsch in 1925, it has been a foundation of chemical engineering ever since.

In principle, if Fischer-Tropsch diesel were produced using low-carbon electricity sources and CO2 captured from the air or from smokestack emissions, rather than from fossil methane (natural gas) as it has conventionally been produced, its large-scale use could reduce net CO2 emissions from the diesel car fleet. 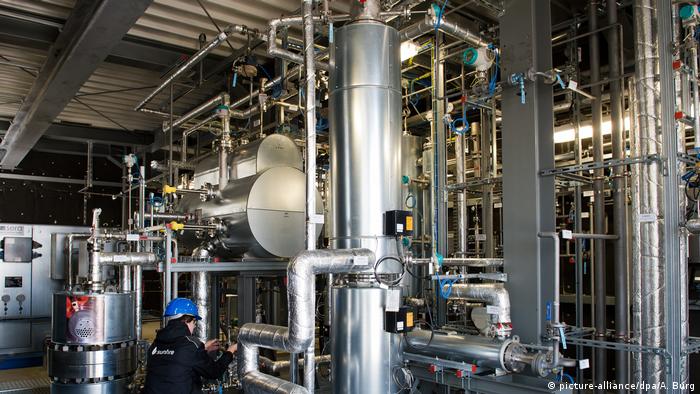 However, it's far less expensive to make diesel fuel from fossil crude oil than via Fischer-Tropsch chemical synthesis. Moreover, switching to Fischer-Tropsch diesel would not solve the problem of nitrogen oxide (NOx) pollution associated with diesel engines, though Willems said the synthetic fuel could reduce NOx emissions somewhat.

Other synthetic diesel fuel alternatives called oxymethylene ethers (OME 3-5) could largely eliminate the NOx problem, but ethers can only be used in diesel engines if their gaskets and tubes are replaced, Willems said, because the oxygen-rich ethers would corrode the gaskets used in current-design diesel engines.

In reality, except for modest amounts of ethanol added to gasoline, e-fuels are not available today except in tiny quantities produced in research laboratories, industry insiders say. 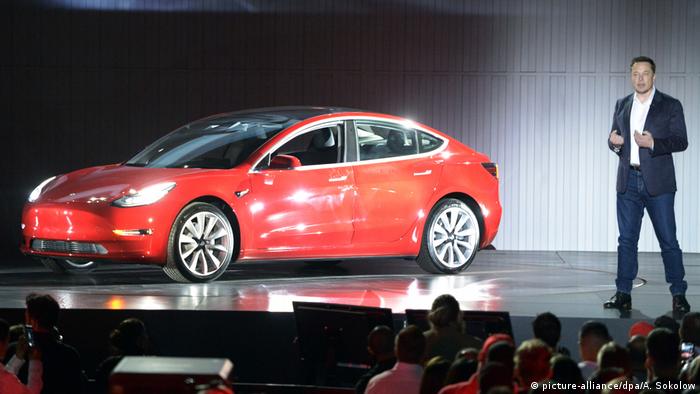 Elon Musk presents the Tesla Model 3 in July 2017 in Fremont, California. Musk is determined to drive the automobile industry into a clean-powered electric future by building attractive, affordable, high-quality EVs and forcing other carmakers to compete

Ferdinand Dudenhöffer, a former car industry executive and director of automotive economics at the Center for Automotive Research at the University of Duisburg-Essen, is dismissive of e-fuels - but not because they are technically impossible. 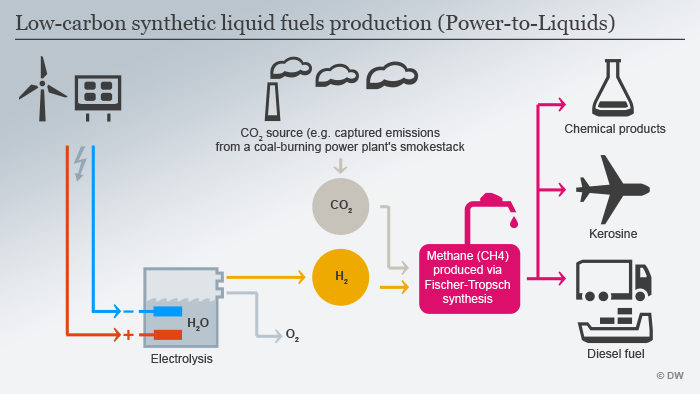 Starting either with coal or some other hydrocarbon, or - as pictured here - with carbon dioxide and hydrogen gases, plus an energy input, Fischer-Tropsch synthesis allows chemists to make methane (CH4), and then through further chemical processing, almost any hydrocarbon molecule - including synthetic liquid fuels like diesel or jet fuel (kerosine)

"Is the industry mass-producing synthetic diesel fuels? No, because it's expensive to do that, and you have to consider the alternatives, which are hybrid and electric vehicles," Dudenhöffer said. "The alternatives are cheaper and better."

Pros and cons of EVs

Batteries are by far the most expensive single component in EVs. Over the next several years, the cost of batteries and electric vehicles (EVs) will decrease as production volumes increase, Dudenhöffer said. In addition, the energy density of EV batteries will improve with technical progress, which translates to their achieving longer ranges between rechargings. 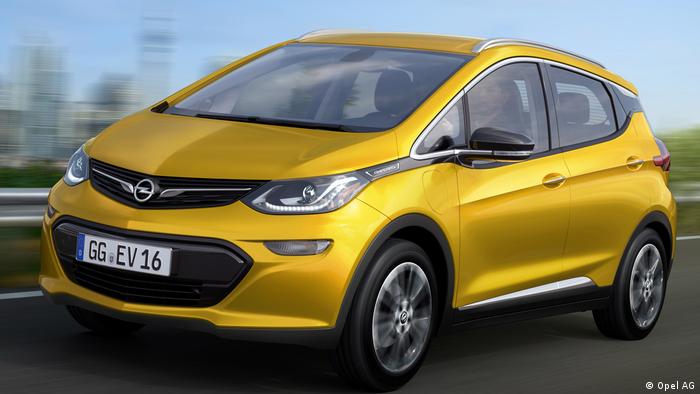 The new 2017 model Opel Ampera-e has a range of over 500 km on a single charge, according to test results - albeit only under ideal conditions. Once EVs achieve ranges like this under normal driving conditions and loads, the era of internal-combustion-engine cars will quickly fade into history

Dudenhöffer said that within a few years, EVs will beat ICE cars on cost and convenience as well. He estimated that in some markets, by about 2025 or soon after, more than half of new cars sold could be EVs - especially in China, "and what happens in the Chinese car market will drive what happens world-wide, because it's the world's biggest market."

According to Dudenhöffer, the German car industry has been trotting out the e-fuels story for decades: "Synthetic gasoline and diesel fuels are always out there on the horizon, always a research topic."

He compared talk of synthetic diesel fuels to the coal industry's talk of 'carbon capture and storage' (CCS) and 'clean coal.' The coal industry funds a few CCS research projects and tells a story about how CO2 emissions from smokestacks could be captured, compressed, and injected into underground reservoirs. 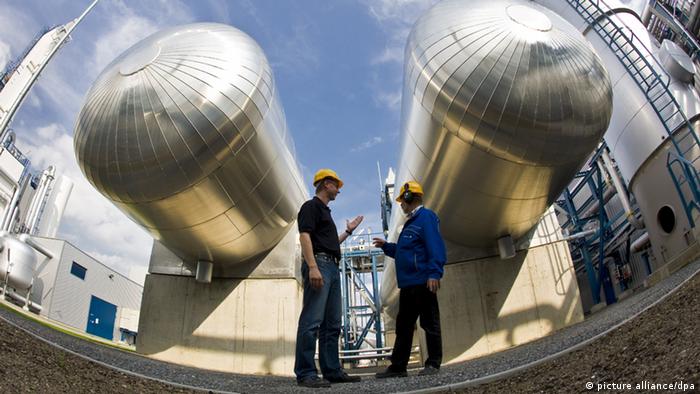 The coal-fired power station 'Schwarze Pumpe' near Spremberg, Germany, ran a Carbon Capture and Storage pilot plant from 2008 to 2014 (CO2 tanks, picture from 2008). After many years of talking up CCS technology, nearly all coal-fired power plants world-wide continue to operate without it

CCS is technically possible, but it's hugely expensive in terms of both energy and financial costs. Meanwhile, other ways of generating low-carbon electricity, including wind and solar power, are already available, and getting ever better and cheaper.

Nevertheless, talk of 'clean coal' somehow reduces the pressure on politicians to admit that coal-burning must be stopped altogether as soon as possible to protect climate stability. In Dudenhöffer's view, CCS research projects are a form of public relations, not a serious attempt to decarbonize electricity generation.

It's the same with the 'e-fuels' story, he said: "It's a diversion, meant to distract attention from the drawbacks of internal combustion engines in general, and diesels in particular. Nothing much will come of it. Battery-powered EVs will win."