Three German politicians assume the role of mayor in a popular computer city-building game under "real-life" conditions. Can they realize their election platforms? 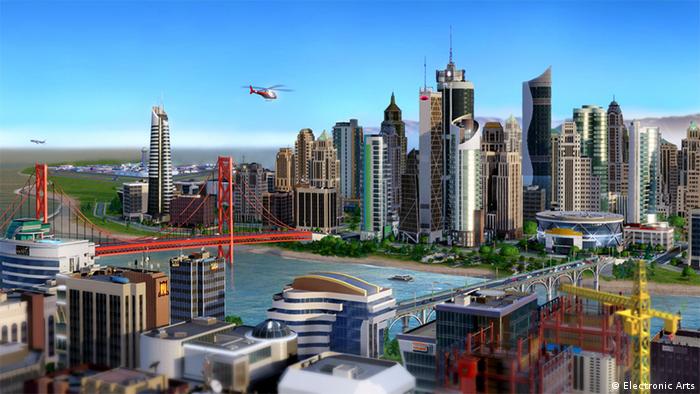 Come election time, political parties are often hard-pressed to find ways and means to convince citizens of their plans and ideas. The manifestos of major parties easily fill 100 pages that regular voters are unlikely to read from beginning to end, which can make communicating party programs trying.

Online concepts are a favorite option when politicians have young voters in mind. They had a field day when a computer game manufacturer asked parliamentarians in Germany's Bundestag to play one of the firm's most iconic games, under the motto: "The Power of Games - the SimCity Election Campaign."

In the computer game SimCity, a player founds and develops a city, adding everything a real city has: streets, train tracks, an electricity grid, a public water supply, houses, industries, offices, schools, sports facilities and administrative bodies. Players manage the health care system, waste disposal, traffic and crime; the parliamentarians took on the role of mayor of their town and made decisions according to their party platform.

The German project started on June 26, and is scheduled to run for four weeks. The three players are all Internet savvy: they all use Facebook, Twitter and other social media.

Social Democrat Lars Klingbeil, born in 1978, was a member of the now discontinued Bundestag committee of inquiry on the Internet and digital society. Christian Democrat Dorothee Bär, also born in 1978, is deputy secretary general of her party's parliamentary group. Bär has her own YouTube channel and is on the jury of the German Computer Game Awards. Liberal Free Democrat Jimmy Schulz, born in 1968, sits on many Bundestag committees with a focus on the Internet. Schulz enjoys games and maintains his own blog. 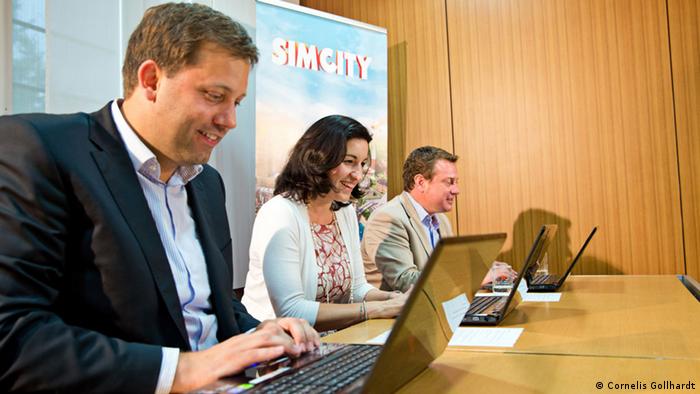 Three members of the German Bundestag took on the SimCity challenge

The German politicians as well as the SimCity producers and developers wanted to know how close simulated city-building comes to reality, and whether political realities can be transferred to a computer game. All parties involved realized, of coruse, that the project was a great public relations stunt.

The players started with a blank map. Two weeks later, they had more or less built cities, each according to his or her own priorities. Klingbeil allowed for large park areas for the citizens. "I focused on a lively city center with shops, public facilities and parks," he said. He planned a bypass because he realized that traffic infrastructure would not keep up with his city's rapid growth. 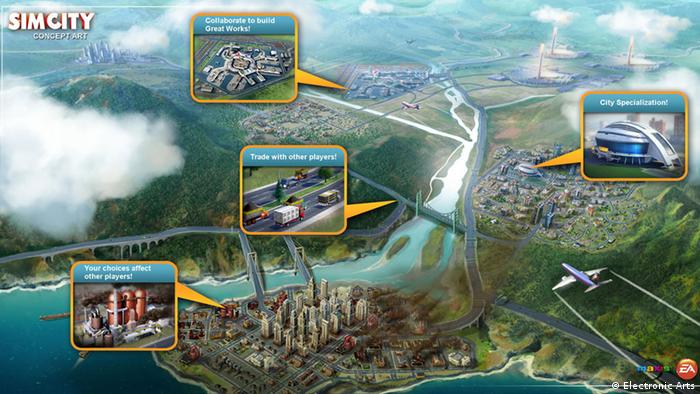 The game allows players to collaborate with other cities

Bär did a good job of mixing industry, commercial and residential areas, and was working on a functioning education system and an independent energy supply. With two solar power plants and a wind energy park, " I no longer have to buy expensive energy from my colleague Klingbeil," she laughed.

Schulz emphasized a functioning but resilient infrastructure that would allow for future growth. "At the same time, I want certain facilities to be easily reachable and an environment that is not monitored but worth living in."

First and foremost, the project is fun. But naturally, there is a competitive element, too, ahead of the parliamentary election in September. "Of course, I try to set political priorities," Klingbeil said.

Bär is a successful mayor: the citizens in her town rate her with many smiley faces. But she worries about finances. "A simulated city park is built in no time at all. And just like in real life, I shy away from high taxes. Right now, I barely have enough assets left."

Schulz enjoys the game. In his city so far, "there have not been many complaints, so everything seems to be running smoothly." 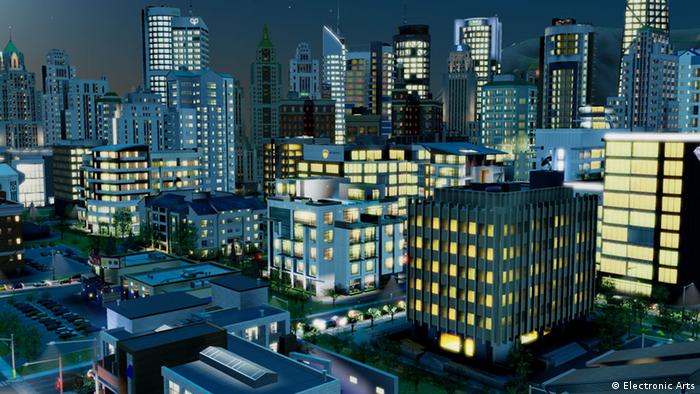 Day and night, the virtual mayors are on duty

A game is a game

At this point, the players have two weeks left. "Of course, you can't completely replicate real life," Schulz says. Bär agrees: "SimCity plays in a relatively small and manageable cosmos. Foreign policies do not exist. Where family and Internet policies, consumer protection and social aspects are concerned, there is no equivalent to reality."

On the other hand, Bär adds, it would be disconcerting if politics were as easy as a computer game. "No game in the world can come anywhere close to the fun and excitement of real politics."

The "ancient" medium of cinema has met its match in the form of video and computer games. But can the two work together? (11.07.2013)

Metadata reveals a lot about what you do online