Campaigners argue for German to be adopted as the official language | Germany | News and in-depth reporting from Berlin and beyond | DW | 09.11.2010

Campaigners argue for German to be adopted as the official language

A petition has been presented to the German Parliament to try to persuade the government to adopt German as the official language of Germany. However migrant groups are following the debate with unease. 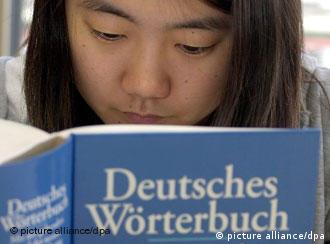 Currently there is no official language in Germany

"The official language of the German Republic is German" – these are the words that the Association for the German Language (Verein Deutsche Sprache or VDS) would like to see enshrined in the German constitution.

"We believe that German receives little prestige in our society," said VDS spokesman Holger Klatte, referring to the abundance of English terms in fields such as science and technology. "The inclusion in the Basic Law (the German constitution) of the importance of the German language would prove otherwise," Klatte said. 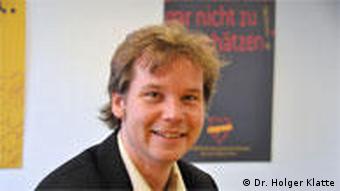 Two years ago, the VDS won a minor victory with support coming from the conservative governing party the Christian Democrats (CDU). However in the coalition with the liberal Free Democrats (FDP), the idea lost favor.

Together with the Association for German Cultural Relations Abroad (VDA), the VDS took their petition, with its 46,317 signatures, to the president of the German parliament, the Bundestag, Norbert Lammert, on Tuesday. The campaign has won the support of Germany's largest tabloid, Bild. The newspaper encouraged its readers to send a letter to the VDS stating: "I don't want third generation immigrant families who refuse to learn the language of the country they live in!" 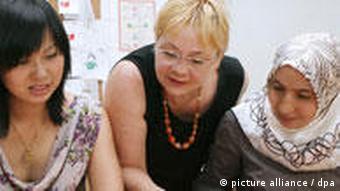 Migrant groups say the petition is stirring up discontent

Although a constitutional amendment looks unlikely - as it would need a two-thirds majority in both houses – the debate has still stirred unease among migrant groups. "It threatens peaceful co-existence," believes Karamba Diaby, chairman of the Federal Immigration and Integration Council.

"It reinforces a negative mood that exists in Germany at the moment, giving ethnic groups the impression: you're not one of us," said Diaby.

This feeling was seconded by Mehmet Tanriverdi, president of the Federal Association of Immigrant Groups. "When people migrate, they bring their culture with them. Language is part of this and must be protected," Tanriverdi said.

The national chairman of the Turkish Community in Germany, Kenan Kolat, fears it could lead to things like children being banned from speaking any language but German in their school breaks. He argues that a change in the law cannot actually change the language of the country. Although if it does become law, he would like to see a sub-clause stating: "The state must respect the identity of cultural and linguistic minorities."

The battle against ‘Denglish' 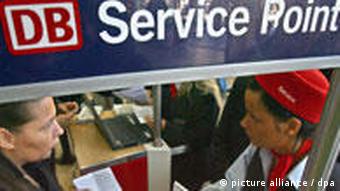 Signs in English are increasingly common all over Germany

The VDS state they are not opposed to people speaking other languages. "Immigrants should be encouraged to speak their native languages," said spokesman Klatte.

The VDS argue the language is at more threat from Anglicisms, and from the failure to create new vocabulary, than from immigrants. "The language is not developing," said Klatte.

However, some argue adopting English words is part of the natural language process. "Anglicisms often close a short-term gap," said Doris Steffens from the Mannheim Institute for the German Language. "Borrowing from other languages has existed for centuries – from French and even earlier from Latin," Steffens added.

"The German language is not an absolute size that can just be poured into a law. It is a constantly changing system."

German rocker Lindenberg honored for dedication to the German language

After more than 40 years as a major presence in German pop/rock, Udo Lindenberg’s career took a step in a surprisingly different direction after he scooped the prestigious Jacob Grimm language prize. (25.10.2010)

The constitution should make it clear that German is the country's official language, a leading conservative politician said on Friday. His call comes as social integration is at the center of public debate in Germany. (10.09.2010)