The dead heat in the presidential race between Barack Obama and Mitt Romney brings back memories of the controversial 2000 election. But unlike 12 years ago, this time everyone is prepared to engage in legal battle. 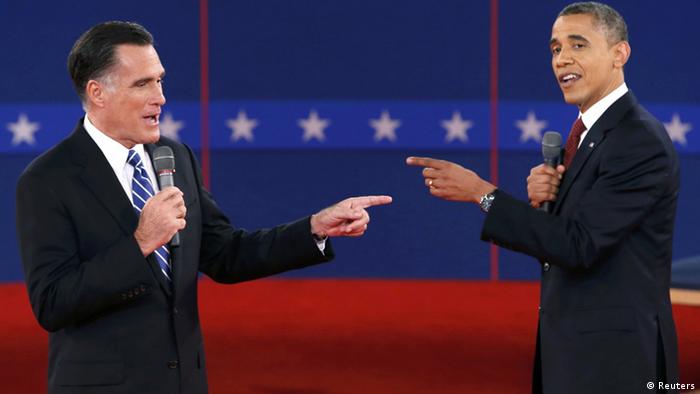 If the history of the 2000 presidential contest between George W. Bush and Al Gore is any indication of this year's election, we could be heading toward a political cliffhanger.

That's because at this point - a week before election day on November 6 - the race between Obama and Romney might even be closer than that of 2000 between Bush and Gore. According to Real Clear Politics' national average, a sort of aggregated poll of most national surveys, Romney currently leads Obama by less than one percent point - a virtual tie. Back in 2000, at the same time, most national polls had Bush in front by several points.

To be sure, for numerous reasons this election is very different from that of 2000: Obama is an incumbent, the economic situation is much worse and of course there is no third party candidate expected to garner almost three percent of the vote as Ralph Nader did 12 years ago.

And more importantly of course, as everyone around the world learned back then, the electoral college not the popular vote determines the outcome of the US presidential election. But since popular vote surveys are better at gauging the evolving national sentiment and trends than the more complex electoral college tallies, they are generally used as the preferred indicator to take the temperature of the race.

And by that standard, the race between Obama and Romney is tied. But that still wouldn't lead to a repeat of the 2000 scenario. 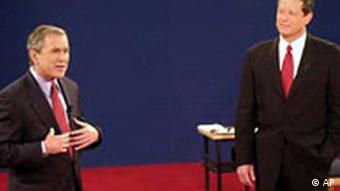 Bush won the election despite losing the popular vote

"For that to happen you would have the election not only be somewhat close it would have to be extremely close, that is within a few thousand votes," Rick Hasen, a law professor at the University of California in Irvine and author of the recent "The Voting Wars," told DW. "And it would have to be in a state where the votes matter for the electoral college."

Remember that 12 years ago George W. Bush after more than 30 days of legal wrangling ultimately won the state of Florida and thus the election by 537 votes.

While Democrats and Republicans were caught largely unprepared and had to scramble to respond to the situation, things are different this time around.

"Certainly we have learned our lesson after Florida," John Hardin Young, an election law expert with the Washington firm Sandler, Reiff, Young & Lamb who was part of Gore's legal team in 2000, told DW."We have lawyers in each of the states for both major political parties who are watching the process."

Young, who himself will work on November 6 as a coordinator for the Democrats in Virigina, a battleground state, believes that since both parties are much better prepared and have strong legal teams both in Washington and across the country possible voting problems will be resolved directly and swiftly at the respective polling stations.

What's more, the infamous butterfly ballots and the punch card voting machines that were used and caused much of the turmoil in the 2000 election have been shunned since.

And yet, despite an improved infrastructure at the polls, legal fights over elections have not declined, but more than doubled in the last 12 years, says Hasen. That litigation experience, in local, congressional and gubernatorial races has influenced the parties' attitude toward the election outcome. "So certainly the parties are much more aggressive, they are much less likely to accept a close election result where they are on the losing end," says Hasen.

Already now there are numerous ongoing legal skirmishes in different states mostly about the Republican push for tougher voter identification measures that many Democrats consider a ploy to make it more difficult for some of their constituency to vote. 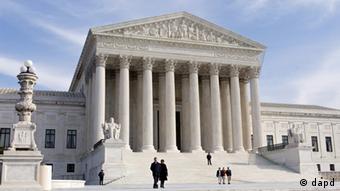 In 2000, the US Supreme Court decided the election

Both Hasen and Young predict that there will be recounts of votes in various congressional races, but that a recount for the presidential election is unlikely given that the last contested election for president before 2000 took place in 1876.

But while Young generally doesn't view the increasing legal battles over elections as problematic and instead believes that a robust litigation system is good for democracy, his colleague disagrees:

"I do worry about our democracy," says Hasen, noting that in 2000 Twitter, Facebook and other social media platforms didn't exist.

"I am concerned that in a close election the kind of social media political commentary could spill into social protests in the streets. So I am very concerned that if we have this nightmare scenario that it would not end well."

Americans head to the polls on November 6 to vote for the next president of the United States. Barack Obama and Mitt Romney are fighting a neck-and-neck race. DW looks at the candidates and key issues of the campaign. (25.10.2012)

The War with Wall Street

Previously courted by Barack Obama, Wall Street has fallen out of love with the president. (25.10.2012)