A change of face in the White House would have an impact on transatlantic relations. The EU is therefore closely watching the US presidential campaign, but politicians are reluctant to take sides. 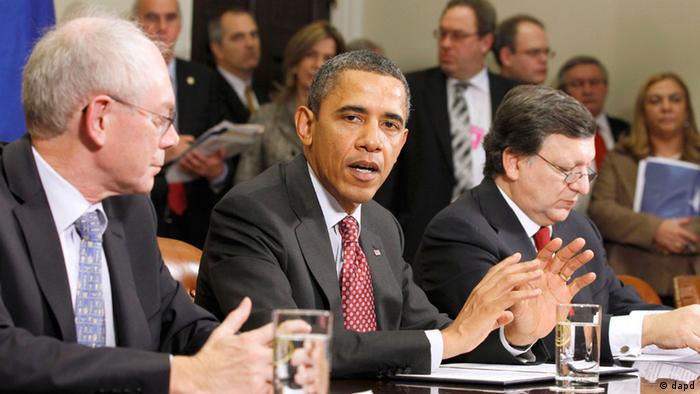 If the US public were as keen on their president as the Europeans, Barack Obama would sleep soundly ahead of the forthcoming US elections on November 6. In a survey conducted this summer by the German Marshall Fund, 75 percent of Europeans said they would back Obama, with just eight percent supporting Mitt Romney.

But on home soil, the current president is on more shaky ground, with the prospect of Romney in the White House looking increasingly plausible. The European Union is following the campaign closely, mindful of the fact that a change in the White House would have a major impact on transatlantic relations. 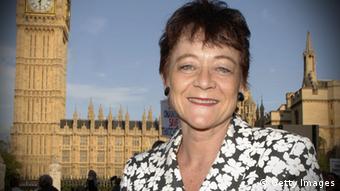 It’s the strain of the economic situation that is likely to dominate the agenda on both sides of the Atlantic over the coming presidential term. Although for the time being, the recent intervention by the European Central Bank to shore up bond markets has eased the sense of immediate crisis in the eurozone. That also means that Europe has largely been off the agenda during the US presidential race.

"This is an election mainly of domestic policy issues," said Ian Lesser, head of the Brussels office of the German Marshall Fund. "I have a feeling that both candidates will want to put a bit of distance between themselves and the situation in Europe at the moment. It doesn’t make it any less important in terms of policy but I think in terms of the debate over the next weeks we’re not likely to see very much discussion about Europe."

"They don’t see [that Europe] gets any votes, so people don’t talk about it," said James Elles, a British Conservative MEP, and founder of the Transatlantic Policy Network, which aims to build bridges between the EU and the US.

"But the people who run government, whether they be Republican or Democrat, know perfectly well there’s huge European investment in the States," Elles continued. "And that this is a real positive, essential element if you’re looking for growth and jobs, which is I guess the main priority of an incoming US president."

It seems that neither candidate will be able to avoid the key importance of the transatlantic relationship once they are in office. But there is concern on the European side about the shift in emphasis toward the Asia-Pacific region. 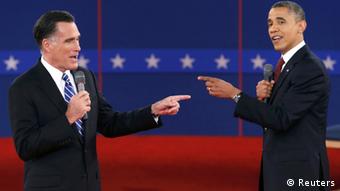 Will it be Romney or Obama in the White House?

Baroness Ludford does not think that Europe should let the US pivot toward Asia get in the way of transatlantic ties.

"We have obviously all read the commentary about this being America’s Pacific century. One could hardly deny the huge importance of Asia, especially China, to the US. And China is important to the EU as well. But I do believe that we should not allow China to divide and rule between the EU and the US," she told DW.

"Unless we work on this and try and fix a common regulatory approach across the Atlantic, China will set global standards," she warned.

Perhaps because Washington already knows it can count on its relationship with Europe, it is unlikely to be a consuming preoccupation for them.

"Neither candidate can avoid the key importance of the transatlantic relationship -whether it be in economic terms, trade terms or finance terms," said Ian Lesser of the German Marshall Fund. "Even in terms of security - if one looks for partners around the world in terms of crises emerging, Europe is still going to be the partner of first resort."

But Lesser acknowledges that many in Europe would prefer that Obama is re-elected to the White House.

"I think many Europeans will probably pick up a somewhat harder-edged, realist view of the world from Romney. This is simply part of his rhetoric in the campaign," he said.

As for the politicians, they are reluctant to chose sides, knowing they will have to work closely with whichever administration emerges in Nomember.

"I really want to put the emphasis on the businesslike connections that we try to have," said MEP Baroness Ludford. "I genuinely don’t know because I think there are so many ifs and buts on both sides of the equation."

"You can only go on the basis of what people say, and then you have to see what they do," said MEP James Elles.

By all accounts Romney won the first round of the TV debates against Obama, but how important are they really? Vincent Michelot says debates can change the outcome of an election, but only under certain circumstances. (16.10.2012)

Critics say Alfred Nobel's vision of the Peace Prize has been watered down: he wanted to recognize leaders working on disarmament, not human rights and other activists. DW spoke to Norwegian lawyer Fredrik Heffermehl. (12.10.2012)