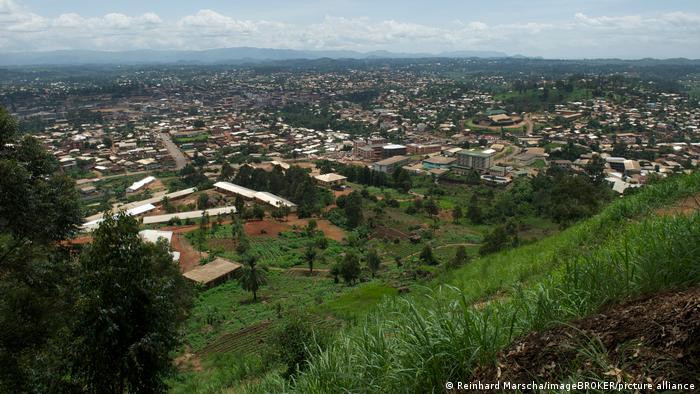 An opposition lawmaker was killed in Bamenda

Opposition Senator Henry Kemende was shot dead at close range in the northwestern city of Bamenda, authorities from his party and the government said Wednesday.

Kemende's body was located Wednesday after he "was killed by unidentified armed assailants," an official said.

Kemende was a lawyer turned Social Democratic Front (SDF) legislator, one of the main opposition parties in Cameroon.

Joshua Osih, the vice president of the SDF, told the AFP news agency, "We recovered his body, his chest riddled with bullets."

Authorities said they did not know the location of Kemende's vehicle.

Cameroon is currently hosting the Africa Cup of Nations, the continent's premier soccer tournament. Officials have prioritized security for the event and gave numerous assurances that security is a top concern in the run-up to and during the tournament.

Cameroon has suffered from unrest and instability over the past five years. The country's two English-speaking regions outlined their separatist plans to form a new country they call Ambazonia and have waged a bloody insurgency.

"We call on the government to immediately open investigations for his killers to be brought to book,'' Tamfu told the AP news agency.

Armed gangs have been known to abduct, kill or maim civilians they believe are "collaborating" with the Cameroonian government.

The separatists in support of Ambazonia and the Cameroonian government are alleged to have committed atrocities over the course of the conflict. More than 3,000 have been killed and 700,000 displaced by the fighting.

How precarious is the political situation in Cameroon?

John Fru Ndi, the SDF party president, has been a target several times over the years. Fru Ndi had run against authoritarian President Paul Biya, who has ruled Cameroon for almost four decades.

Cameroon's English speakers have staged repeated protests that have been met by violence from security forces.

Prior to World War I, Cameroon was a German colony, however, after Germany's defeat, France and the UK split the country between themselves.