Judge Aaron Persky shocked the US when he sentenced a convicted rapist to a light jail term, citing concerns for his future. Now, nearly 60 percent of voters in his county have voted for his removal. 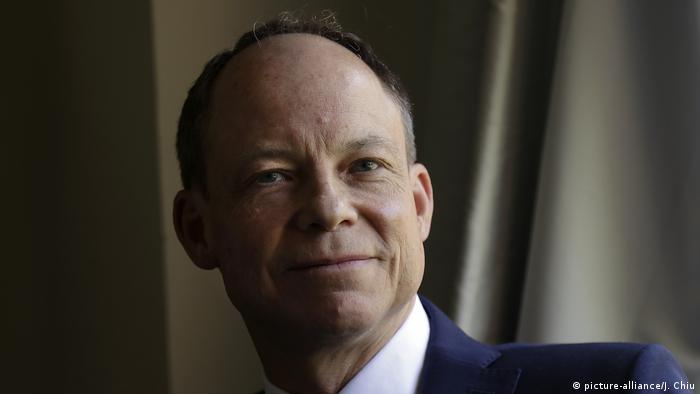 Judge Aaron Persky (above) became the first California judge to be recalled in 86 years after 59 percent of voters in Santa Clara County backed his ouster after the votes were tallied early Wednesday. Persky made international headlines in 2016 for the lenient sentence he gave convicted rapist Brock Turner.

"The broader message of this victory is that violence against women is now a voting issue," said Michele Dauber, a law professor and activist who launched the recall effort, noting how the #MeToo movement has shown its staying power in highlighting the ramifications of sexual assault.

"This is a historical moment in time. Women are standing up for their rights and there is a national reckoning."

'You took away my worth'

The case revolved around the 2015 rape of an unconscious 22-year-old woman by Turner, a 19-year-old undergraduate at Stanford University. Turner was caught in the act by two Swedish international students, who confronted him and caught him when he tried to flee.

The victim, known as Emily Doe, had an impassioned letter be read to the court on her behalf.

"You took away my worth, my privacy, my energy, my time, my intimacy, my confidence, my own voice, until today," she said, referring to Turner.

Judge Aaron Persky shocked the public when he handed Turner a mere 6-month jail term, especially considering the trauma incurred by the victim and evidence of Turner's extensive use of drugs and alcohol and a unanimous guilty verdict from the jury. The maximum sentence for his crime would have been 14 years.

Persky further infuriated people by referring to Turner's status as a student athlete as a reasoning behind his decision, saying he didn't want to ruin the young man's future.

'We need justice for women now'

Calls for Persky's recall began almost immediately, with a petition calling for his removal from the bench garnering almost one million signatures. 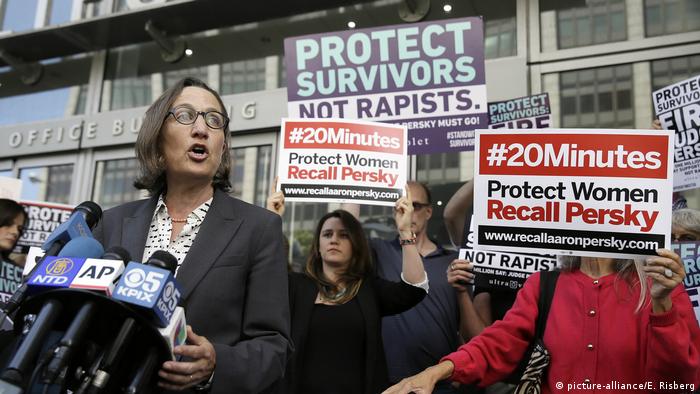 Dauber explained to public broadcaster NPR in 2016 why the recall was so important: "Judge Persky is a criminal judge, one of the very few criminal judges, who has jurisdiction over Stanford. So that means that we would be waiting six more years in order to remove him according to the regular election process, and any sexual assaults that happen on the Stanford campus during that time would be highly unlikely to receive a prison sentence based on this precedent…We need justice for women now."

However, some critics of the recall vote have said that the vote is problematic for judicial independence.

For his part, Persky has never publicly commented on the case, as Turner has appealed his conviction, but told the Associated Press last month that he doesn't regret his decision.

The prestigious prize is a major stepping stone from small performances to the national stage in Germany. But some local media may have missed the point. (25.05.2018)

Sweden says rape is rape, regardless of force or threats

The Swedish parliament has passed a bill that sex without consent constitutes rape, even when there are no threats or force involved. The move was welcomed by rights groups including Amnesty International. (23.05.2018)