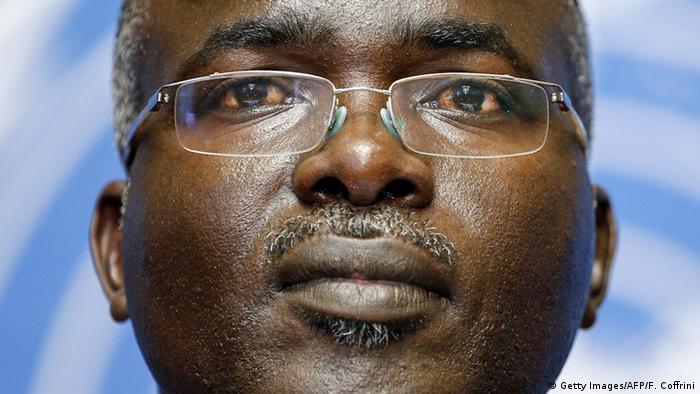 Gervais Rufyikiri, who held the post of second vice president in the East African country, urged Nkurunziza to step down ahead of a presidential vote scheduled for July 15.

"Put the interests of the Burundian people before your personal interests and withdraw your presidential bid, because it violates the constitution," Gervais Rufyikiri said in a letter addressed to President Pierre Nkurunziza, before seeking refuge in Belgium.

"I took the decision to leave the country because I was personally threatened," Rufyikiri told France 24 television from Belgium after fleeing. "All who are against the third term are threatened. I personally was fearing for my security since I saw some signals."

Still, Nkurunziza remains firm in his decision to run for president, defying pressure from the United States, the European Union and the African Union, as well as severe domestic unrest that has claimed dozens of lives since he announced his decision in late April.

Following news of the vice president's escape, presidential spokesman Gervais Abayeho said there was no threat to Rufyikiri, who had simply "expressed an opinion."

Rufyikiri joins a string of high-profile officials who had to leave the country for opposing Nkurunziza's decision. In May, the vice president of Burundi's election commission also fled, following a senior judge who said he was subject to death threats.

Despite delays caused by the unrest, citizens of Burundi are to vote for their parliamentary representatives on June 29. The opposition has called for a boycott.

At least 70 people died in street clashes and a failed coup attempt since Nkurunziza's third term announcement, a Burundi rights group said last week. The ruling CNDD-FDD party estimates that the death toll is closer to 40.

The violence also sparked a mass exodus, with an estimated 100,000 people leaving the African country, which only emerged from its bloody civil war in the mid-2000s.

Burundi's independent electoral commission has filled two vacant committee positions, despite a boycott of the process by opposition parties. The appointment of the two new CENI members is regarded as merely a show vote. (14.06.2015)