Following in the footsteps of several other African countries, it is now the turn of Burundi to hold a referendum aimed at making sure that its president stays in power beyond present constitutional limits. 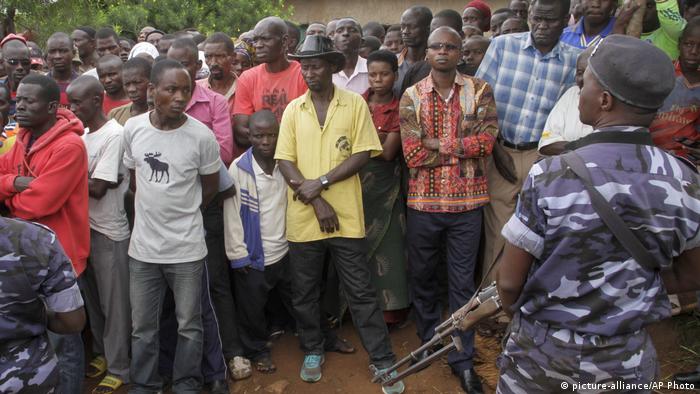 Burundians will go to the polls on May 17 for a referendum on a controversial constitutional reform which aims at keeping 54-year-old President Pierre Nkurunziza in power until at least 2034 or even for life. Nkurunziza has ruled the country since 2005. Recently he declared himself "supreme eternal leader" and warned that anyone who tries to prevent the referendum will have to "deal with God."

Burundian human rights activist Pierre-Claver Mbonimpa told DW that irrespective of the outcome of the referendum, the people will not accept any change. "This referendum has been called by an illegal president. Even if it changes the constitution, it will change the president's constitution, not the constitution of Burundi," he said. But observers say a divided opposition will not muster the strength to keep Nkurunziza from following through. 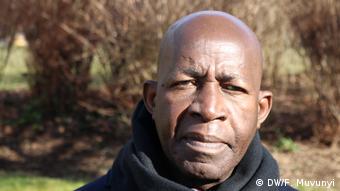 The reforms will be adopted if 50 percent plus one vote cast ballots in favor. Mbonimpa said that he was confident the world would not just stand by and watch. The African Union and the US have been particularly vocal in condemning the referendum. "We are sure that the international community, the African Union and the EAC (East African Community) see what is going on. I don't think they will accept that Nkurunziza continues to govern the country for a long time to come. But we want to find peaceful solutions," Mbonimpa said.

The activist's insistence on peaceful solutions and negotiations comes in the wake of a brutal attack by unnamed "terrorists" — according to the government — which on May 12 killed 26 people in Ruhagarika in the province of Cibitoke. Some activists believe that the deaths are related to the referendum.

Burundians are very aware of the danger of renewed violence, such as swept the country in April 2015. At the time, the nomination of Nkurunziza for a third presidential term, when the constitution only allowed for two, resulted in unrest in which more than a thousand people were killed and 400,000 had to flee the country. 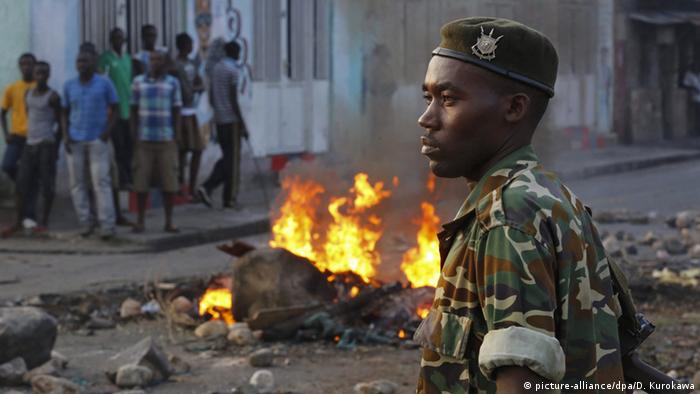 Pierre-Claver Mbonimpa points out that the violence, especially against activists and the opposition, is ongoing. But he pointedly rejects any attempt to solve the crisis through force: "I did not agree with the attempted military coup of May 13, 2015 to topple Nkurunziza. We are a democracy. We have chosen to vote. A coup is not acceptable." The only way forward is to negotiate a solution. "Even Nkurunziza attained power through negotiations," Mbonimpa said.

The president is not leaving the outcome of the referendum to chance. While ministers and officials with the ruling National Council for the Defense of Democracy —Forces for the Defense of Democracy (CNDD-FDD) have openly campaigned for a "Yes", several opposition activists have been arrested for pushing for a "No" vote. Some have fled the country. Agathon Rwasa, chairman of Burundi's opposition Hope coalition, told DW that people were forcibly kept from attending rallies. Transportation companies were intimidated and afraid to rent out their cars. "We also noticed wrongdoings committed by police officers and the administration that seem to be at the service of the ruling party instead of the citizens."

The opposition, including Rwasa, has accused the CNDD-FDD's youth wing Imbonerakure of violence against its supporters. This has been confirmed by independent organizations such as Human Rights Watch. 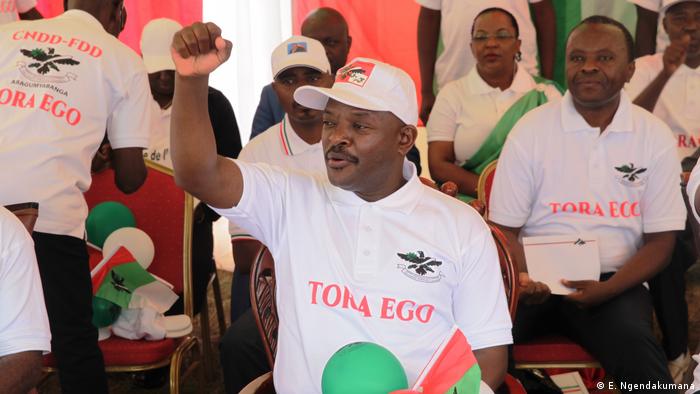 The church takes a stand

In a formal declaration, the country's influential Catholic Church spoke of a climate of fear in the country which did not allow for a free vote. It also accused "certain Burundians" of using violence and abusing their authority "to oppress their political adversaries' freedom of expression and opinion."

At the beginning of May, the government suspended BBC and Voice of America (VOA) broadcasts for six months, accusing them of spreading ideas that discredit the president.

Opposition representatives also fear that the referendum will undermine the Arusha Accords of 2000. The agreement marked the end of the 1993-2006 civil war that cost more than 300,000 lives.

An ICC spokesman has confirmed that Burundi's pullout took effect on Friday, a year after the country notified the court of its intention to leave. Some African nations feel the ICC focuses too much on the continent. (27.10.2017)

Opinion: Burundi should be persuaded to cooperate with ICC investigators

International Criminal Court judges have approved the opening of a full probe into alleged crimes against humanity in Burundi. DW’s Fred Muvunyi welcomes the ICC decision. (09.11.2017)