Voters in Burundi have overwhelmingly backed reforms that would allow President Pierre Nkurunziza to stay in power until 2034. The president's 2015 bid to seek a third term in office plunged the country into crisis. 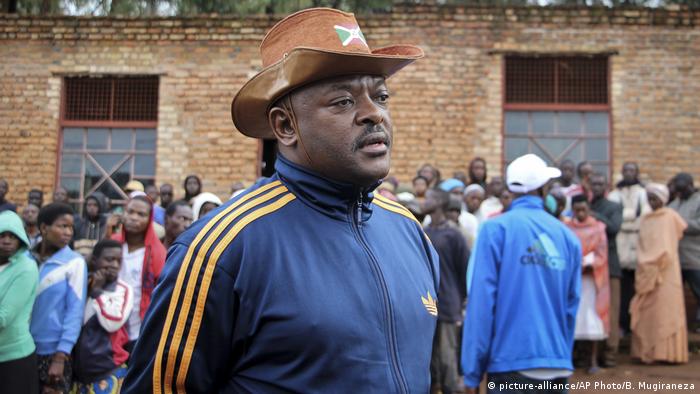 A large majority of Burundians voted in favor of amending the country's constitution, the electoral commission said Monday, clearing the way for President Pierre Nkurunziza to rule until 2034.

The 54-year-old leader, who has been in power since 2005, campaigned strongly ahead of the May 17 referendum. The changes mean presidential terms will be extended from five to seven years, allowing Nkurunziza to run for two more terms in office when his current tenure expires in 2020.

Ahead of the referendum, the opposition had called for people to boycott the vote, calling it undemocratic and pointing out that Nkurunziza has already stayed in power longer than the constitution allows.

The government insisted the vote would be free and fair, but observers voiced concerns about a climate of intimidation and alleged attacks on perceived opponents. A presidential decree issued earlier this month threatened anyone advocating a boycott with up to three years in jail.

Years of unrest:Deadly political violence erupted in Burundi in April 2015 when Nkurunziza sought to circumvent a two-term limit and ultimately won a third stint in office. More than 1,200 people have been killed in unrest over the last three years, according to the United Nations, while hundreds of thousands have fled their homes.

Prolonged rule: Nkurunziza is the latest African leader to change the constitution to stay in power. The former rebel leader entered office in 2005 after a peace deal that ended civil war in Burundi. He was re-elected unopposed in 2010, but in 2015 argued he was eligible for a third term because lawmakers, not voters, had chosen him the first time.

What happens next: The referendum results are provisional and must be confirmed by the constitutional court within nine days.

Justice and respect for human rights is what the exiled activist, Pierre Claver Mbonimpa, wants for Burundi. In May 2018, Burundians will vote in a referendum that could extend President Nkurunziza's term until 2034. (09.03.2018)

'Yes' vote could keep Nkurunziza in power until 2034

Burundi's President Pierre Nkurunziza was named "eternal supreme guide” by his CNDD-FDD party on the eve of the constitutional referendum. A 'yes' vote could keep him in office until 2034.  (17.05.2018)