In Belgium's capital, Brussels, hardly anyone recognizes 68-year-old Pierre Claver Mbonimpa. In his homeland of Burundi and human rights circles, though, Mbonimpa has a name.

His living room in Brussels is decorated with awards and certificates of recognition awarded by human rights organizations and foreign governments. They're for his tireless work defending human rights in Burundi.

But his work almost cost him his life. In August 2015, a gunman on a motorcycle shot four bullets at him at point-blank range. One hit him in his face and another in his neck. Mbonimpa, however, survived the assassination attempt and was evacuated for treatment to Brussels.

His assassins didn't give up. They murdered his son, Welly, aged 24, as well as his son-in-law, Pascal. Mbonimpa was recovering in hospital in Brussels when he received news of the death of his son.

"I miss my son and my son-in-law but also I miss thousands of people who were killed," Mbonimpa told DW.

Not being able to send off his son was a blow, he lamented. "I called a few friends and I asked them to bury my son in dignity. That was all I could do," he said.

The man who attempted to kill Mbonimpa was a longtime friend of his family and employed by the country's secret service. He was later killed. But the assassins of Mbonimpa's son are alive and are rumored to be in close circles with Burundi's President Pierre Nkurunziza.

Nkurunziza, who has been in power since 2005, was re-elected for a third term in 2015 despite the constitution setting a two-term limit. Nkurunziza's failure to cede power triggered more violence in the East African country. More than 1,200 were killed and 400,000 fled to neighboring countries. 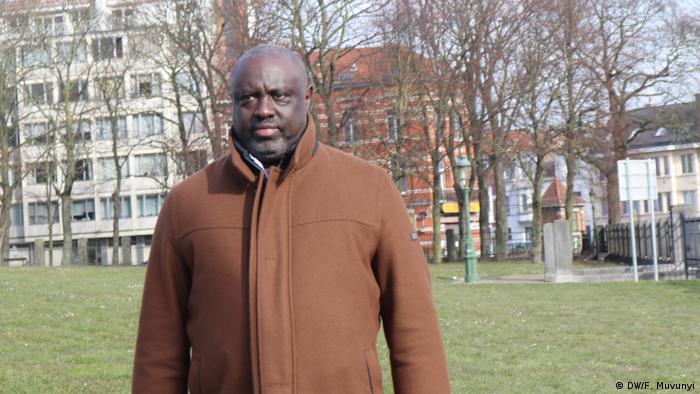 Like Mbonimpa, seasoned Burundian journalist Antoine Kaburahe also lives in exile; that way he can escape the arrest warrant Nkurunziza's government issued against him. He's accused of having collaborated with army generals who allegedly attempted a coup to remove President Nkurunziza from power.

His real crime, he says, is speaking the truth about those in power.

"I'm not a criminal. I'm just a journalist. I did not commit any crime against my own country," Kaburahe told DW. His news organization, Iwacu, reported about those who were against Nkurunziza's third-term bid. "I love my country and I have a right to talk about my country. I have a right to express my disagreement on how my country is governed," he said.

Kaburahe has written a book, "Still Standing", a biography about activist Mbonimpa. In his book, Kaburahe describes Mbonimpa as a living monument and a memory to be collected and preserved.

The book is about "courage," he said. "Being brave despite the problems, despite the killings, despite the heartbreak. He overcame all that. He has no hatred in him," Kaburahe said of Mbonimpa. 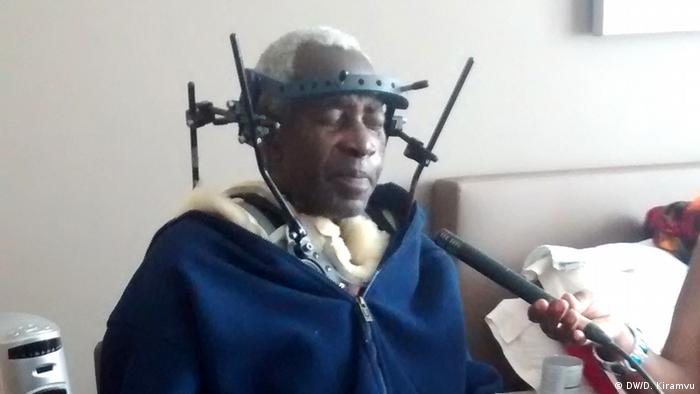 Mbonimpa survived the assassination attempt. His son and son-in-law were killed.

Three years down the road, Mbonimpa has recovered. But the situation in his country is deteriorating, politically and economically. The vulnerability of Burundi's people "is perpetuated by the socio-economic situation but also by the rise in natural disasters," said Garry Conille, representative of the UN Development Program (UNDP) to Burundi.

Read more: Opinion: Silence on abuses in Africa is complicity

"An analysis of the humanitarian needs [of the country] shows that 3.6 million people, a third of the Burundian population, will need humanitarian assistance this year. That represents an increase of some 20 percent over last year," Conille added.

It will take at least $141 million (€115 million) to meet those needs, the UNDP estimates. Burundi is one of the poorest countries in the world and lacks regular foreign exchange, petrol and food shortages. 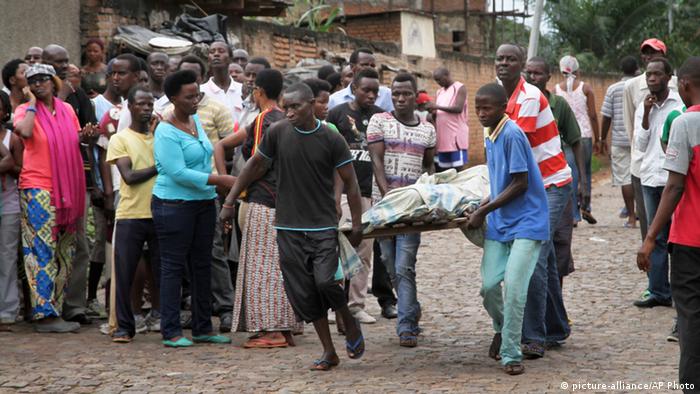 Thousands of people have been killed, and many more live in exile. The African Union (AU), however, remains tight-lipped about events in Burundi.

"The Burundi file is presently in the hands of the East African Community (EAC). So things will be managed at that level," the AU chairperson told DW.

The EAC is an east African block comprised of Rwanda, Uganda, Tanzania, Kenya, South Sudan and Burundi. The fear many human rights activists have is that none of the member countries will dare to tell off President Nkurunziza.

While the international community is isolating Burundi, Nkurunziza has seized the opportunity. A new draft constitution has been proposed and the population is set to vote in a constitutional referendum in May 2018. If accepted by the voters, the revised constitution would keep him in office until 2034.

"What has Nkurunziza done for his people? He has only killed Burundians, people are in fear and the population is dying of hunger," Mbonimpa told DW.

Like all opposition parties, the activist Mbonimpa is opposed to the referendum. He said the the amended constitution nullifies the Arusha peace accord of 2000, which led to an end of the long civil war that killed more than 300,000 Burundians.

Burundi's government and opposition alliance plan to meet at the end of July for talks to end the country's two-year political conflict. As tensions escalate, this goal looks less likely by the day. (14.07.2017)

Opinion: Silence on abuses in Africa is complicity

Burundians are being disappeared for protesting the president's illegal rule. Heads of state across Africa use violence to maintain their power. What is the world doing about it? Not enough, DW's Dirke Köpp writes. (15.05.2016)

Brussels has suspended direct aid to Burundi following a surge of politically-motivated violence. The EU said humanitarian aid would not be cut amid concerns the East African nation may slip back into civil conflict. (14.03.2016)