Burundi's government and opposition alliance plan to meet at the end of July for talks to end the country's two-year political conflict. As tensions escalate, this goal looks less likely by the day. 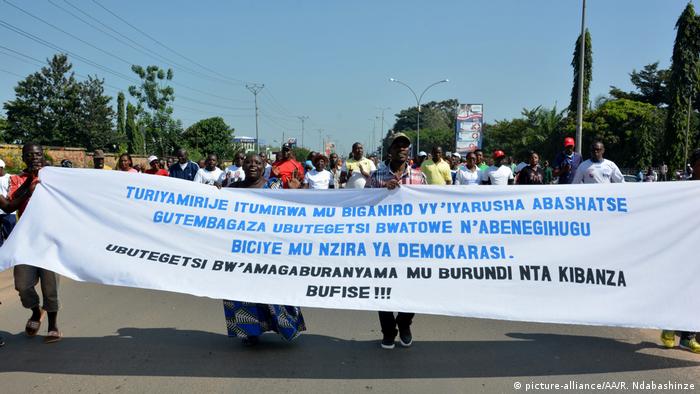 It's been just over two years since Pierre Nkurunziza became president of Burundi for the third time, despite the country's constitution only allowing a president to be elected twice.

The election, which was boycotted by all major opposition parties, sparked massive public protests.

Since then, the central African country has seen spiraling violence. Some 400,000 people have been forced to flee their homes because of fighting between Nkurunziza's backers and his opponents. 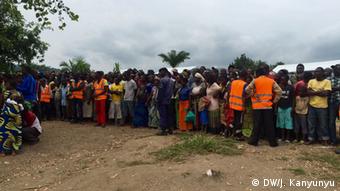 Opposition groups say around 3,000 people have been killed in violent repression, although exact figures are difficult to come by. UN investigators have been denied access to the central African country.

The escalating situation has spurred alarm in a country that saw 300,000 people killed in a bloody civil war between 1993 and 2005.

Last week, the European Union voted to continue to suspend financial aid to Burundi's government, saying they were deeply concerned about the current security situation.

Efforts by Uganda and Tanzania to mediate between Burundi's government and an alliance of opposition groups have so far met with little success. Under the leadership of former Tanzanian president Benjamin Mkapa, a further round of negotiations is planned in Tanzania at the end of July.

Ahead of the meeting in Arusha, the Movement for Solidarity and Democracy (MSD), one of Burundi's largest opposition parties, has put together an election roadmap and sent it to several heads of East African states.

MSD's chairperson, Alexis Sinduhije, said he is looking for support in ensuring the elections slated for 2020 are fair.

The demands include the formation of a transitional government and for the president to step down.

"If we want to create the prerequisites for free and transparent elections, we must also negotiate the resignation of Nkurunziza," Sinduhije told DW.

His party has called for the return and protection of refugees as well as opposition supporters.

"In addition, we demand the release of the political prisoners, the dissolution of the youth militia Imbonerakure, the reestablishment of political parties with all their rights, as well as the reconstruction of private media - in short: an atmosphere that permits for debate," he said.

The question is how much weight the government will give to the demands of the MSD, which it suspended back in April after accusing it of planning an armed insurrection.

Sinduhije, who ran for presidency in 2007, denied that the group is an armed organization, saying the government banned his party because it "fears" its influence. 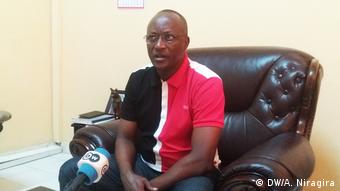 For its part, Burundi's government doesn't necessarily see the need for change. In an exclusive interview with DW, Burundi's vice president Gaston Sindimwo said his country had already created an environment supportive of political competition.

He also stressed that a transitional government was not an option.

"We already have a democratically elected government, now we are looking for ways to solidify security and peace in the country," Sindimwo said.

He added that the government was prepared to come to Arusha to negotiate but that it would be difficult to reform the constitution to everyone's satisfaction. The government wants to alter the constitution, which came into force in 2005 at the end of the civil war, to remove the limits on presidential terms.

Fear of another genocide

The situation in Burundi is extremely tense, warned Gesine Ames, the coordinator of the Ecumenical Network Central Africa, a network of German church organizations.

Ames visited Burundi in May. "The feeling of fear and powerlessness is everywhere," Ames told DW. "There is a feeling of mutual distrust."

She said that the political crisis was being exacerbated by the difficult economic and humanitarian situation; food and petrol were in short supply and public life had almost completely come to a standstill. 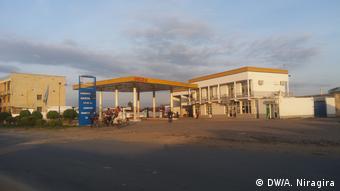 "There can be no negotiations with this government," said Ames, because it isn't willing to open up the political arena or keep the 2005 constitution.

"The danger in the constitutional reform planned by the government isn't just the lifting of limitations for presidential terms but also the possible abolition of ethnic quotas," she said.

The 2005 constitution sets quotas for parliament, the government and the army, with power shared between the Hutu and Tutsis, who had previously dominated positions of power in the country.

According to a report by the International Federation on Human Rights (IFDH), hundreds of Tutsi military officers have systematically killed, disappeared, or arrested since the election of Pierre Nkurunziza, a Hutu.

The 2005 constitution, which cemented the peace agreement ending Burundi's civil war, runs the risk of being overruled, Ames warned.