Burkina Faso is phasing out genetically modified cotton. It says it produces a poor quality crop which fetches low prices. This hasn't stop other African states from using genetic technology, or trying it out. 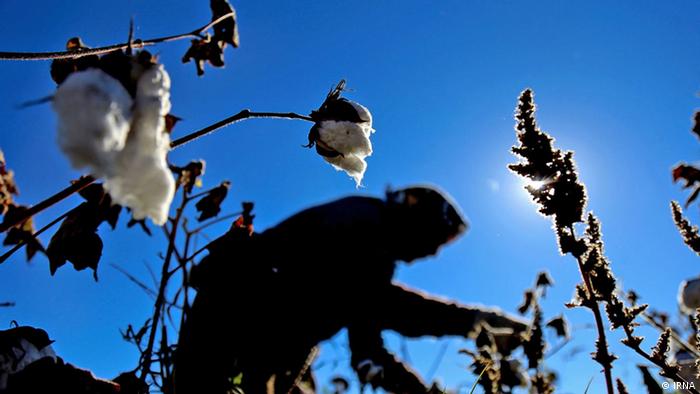 Burkina Faso's "white gold" was famous. For years, the cotton grown in the West African country was regarded as the best on the continent until the harvests were destroyed by pests and drought in the 1990s, ruining the livelihoods of thousands of cotton farmers. The US agricultural seed manufacturer Monsanto promised Burkina Faso a remedy: genetically modified cotton seeds that would be resistant to a changing climate, simplify pest protection and produce bumper yields. Burkina Faso's government signed a deal with Monsanto in 2003 and six years later genetically modified seeds were distributed to cotton farmers. Soon 70 percent of cotton fields were sown with genetically modified seed.

Recently, there has been a change in policy. In April 2016, Burkinabe President Roch Marc Christian Kabore announced that permission to grow genetically modified cotton would be withdrawn from 2018 onwards. Farmers had complained that genetically modified cotton yielded shorter fibers than the conventional variety and it was no longer possible to manufacture the smooth and stable thread which was essential for textile production. Cotton produced by Burkinabe famers therefore now fetches relatively low prices on the world market. 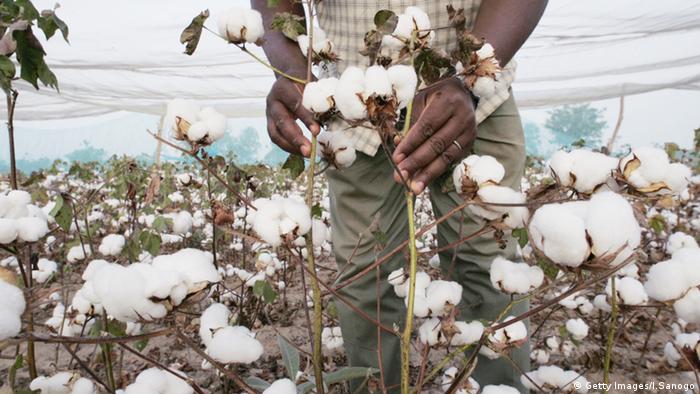 Burkina Faso's cotton producers estimate their losses between 2011 and 2016 at around $82 million (74 million euros) and are demanding compensation from Monsanto. The US-based company does not believe this is justified. It told AFP their seed had boosted the farmers' harvests and reduced pesticide use.

Monsanto is under pressure. The brand leader in seed and pesticides faces a possible take-over by Germany's chemical and pharmaceuticals giant Bayer. Uncertainty also surrounds future sales of its glyphosate weedkiller, with EU member states due to decide this week whether or not to revoke the license for the suspected carcinogen.

African governments find it difficult to confront the US genetic technology lobby, says Swanby. African countries are only just beginning to learn how to restrict the spread of genetically modified crops. This is partly due to the influence of US science and research. "US experts help African countries draft legislation which serve their companies' interests," said Swanby.

In the United States, there are hardly any restrictions on the sale or production of genetically modified foods. The US government has assisted many African scientists with their research, Swanby said. The Bill and Melinda Gates Foundation has pumped large sums of money into agricultural projects involving genetically modified seed, Swanby said in an article written for news website Commondreams. The promise made by the donors is that genetic technology can defeat hunger in Africa.

"The decision was taken on a Sunday when nobody was around," said Mariann Bassey Orovwuje, from Friends of the Earth Nigeria. "They was an outcry in Nigeria," she told DW. Around five million Nigerians, farmers, women traders, members of civil society and others had signed a petition listing their concerns which they presented to the authorities. "We are worried that Nigeria is adopting this technology without proper scrutiny. We have learned nothing from the experiences of our neighbors in Burkina Faso," said Bassey Orovwuje.

She is convinced that small-scale farmers could grow produce in sufficient quantities using conventional crops. "But they need assistance from the government," Bassey Orovwuje said.

The African Center for Biodiversity in Johannesburg estimates that 80 percent of food in Africa is produced by small-scale farmers. Swanby said that they are the losers when genetically modified seed is sown. "Genetic technology is extremely expensive. A farmer needs at least 500 hectares (1200 acres) before it pays its way. Most small scale farmers own much smaller plots of land.

In South Africa, farmers have to pay twice, sometimes five times as much for genetically modified maize than for the conventional variety. They can't even extract seeds for replanting from their own crop and have to buy a new batch every year. Monsanto also sells fertilizer, pesticides, weedkiller - such as glyphosate - to the customers of its genetically modified seed at the same time.

Swanby said that if the EU were to withdraw the authorization for glyphosate it would be "a dream come true." If suspicions about the health hazard it presents are confirmed, then she hopes her home country South Africa will reconsider its excessive use on maize, soya, wine grapes, and sugar cane, Perhaps, it might even rethink its policy on genetically modified crops.

China intends to plant genetically modified crops on a very large scale in the coming years. The new policy follows a recent announcement that GM crop developer Syngenta will be taken over by a Chinese state-owned firm. (14.04.2016)