Bundestag Agrees on Unity Monument Despite Opposition | Germany | News and in-depth reporting from Berlin and beyond | DW | 09.11.2007

Germany's lower house of parliament, the Bundestag, agreed on the establishment of a monument to celebrate German unity and freedom on the 18th anniversary of the 1989 opening of the Berlin Wall. 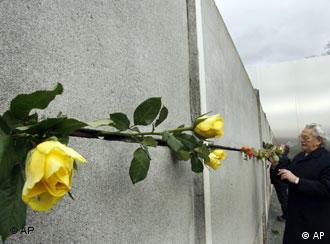 Politicians from the ruling coalition of conservatives and Social Democrats, backed by members of the free-market liberal FDP party voted Friday in favor of the creation of the monument which will be unveiled in 2009, 20 years after the historic event that opened the door to German reunification less than a year later.

However, despite the majority vote in favor of the "Memorial to the Freedom and Unity of Germany," there were still many voices calling for a second monument in Leipzig, the site of the demonstrations that marked the beginning of the end for communist rule in East Germany.

Former Mayor of Leipzig and current Minister of Transport Wolfgang Tiefensee, backed by Saxony State Premier Georg Milbradt, led the calls for the city to be included, but the motion was denied.

Eastern states no nearer to being self-sufficient

Tiefensee, the federal representative for the states from the former East, injected a dose of reality into proceedings by presenting his annual findings on the progress of the eastern regions. 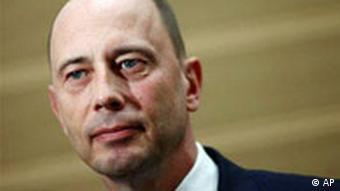 Tiefensee said the east's positives should be focused on

He told the Bundestag that the eastern states were still far from being self-supporting, pointing out that his report focused on the divisions between east and west.

"We always talk only about the differences," Tiefensee said, adding that it would be more productive to highlight positive developments, which he said included eastern economic growth between 10 and 11 percent and a reduction of short-term unemployment.

But Tiefensee added that long-term unemployment in the east was still a big problem and he urged the government to consider additional measures to the solidarity pact agreement that sends taxpayers' money to the east, such as the continuation of the capital investment bonus beyond its current deadline of 2009.

The location of the "Memorial to the Freedom and Unity of Germany" has been cited by some critics as just another example of how weighted the idea of unification towards the west has become. 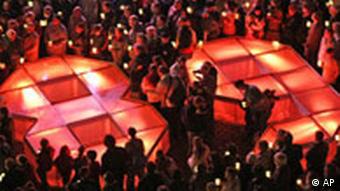 Leipzig remembers the demos which led to unification

Luc Jochimsen, cultural spokeswoman for the Left party said earlier this week that the monument focuses on unification and ignores more important aspects of the 1989 revolution.

"We think Berlin is the wrong place. We think its focus should be on Leipzig, not Berlin, and on Oct. 9, not Nov. 9," she said, referring to the start of the Leipzig demonstrations in 1989.

Many Germans still have mixed feelings about reunification, making the debate over the new monument even more complicated.

Klaus-Peter Schöppner of the Emnid polling institute told Reuters this week that the majority of Germans still think of the former communist east as a "second-class Germany," while a recent survey showed that one out of five Germans would like to have the Berlin Wall back.

Nov. 9 marks the anniversary of the fall of the Berlin Wall, but the date has been an important one in German history long before. Since 1848, at least four other significant events took place on that day. (09.11.2007)

As Germany marks the 17th anniversary of the country's unification, East and West look at the day in fundamentally different ways, with celebration on one side and resentment on the other, according to DW's Bernd Grässl (03.10.2007)

Should there be a monument to mark German unification and, if so, is Berlin the right place for it? Please include your full name and country with any reply.