The head of Germany's central bank has urged Brussels to tighten its controls over EU member states' budgetary policies. His criticism is that too many compromises have negatively impacted fiscal discipline. 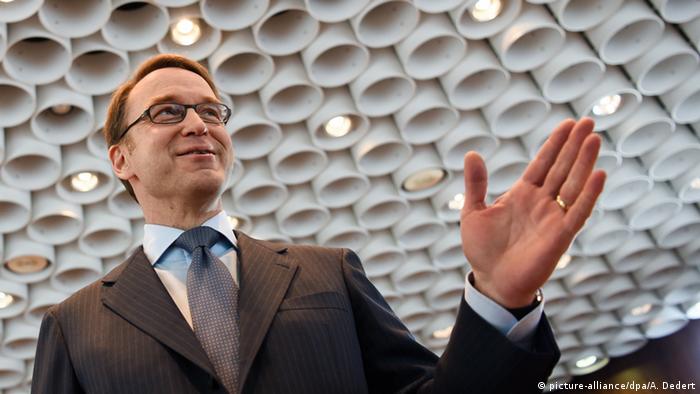 Ahead of an EU executive decision on possible sanctions against some member states for budget deficit violations, the head of Germany's central bank, Jens Weidmann on Tuesday demanded that Brussels tighten its control over national government's spending policies.

"The EU Commission is caught in a double function," he told the German daily "Die Welt."

"On the one hand, it's the guardian of the EU Treaties, but at the same time it's also an institution that has to mediate between the various political interests of the member states."

Weidmann concluded that "the compromises that are reached on this basis more often than not give short shrift to budgetary discipline."

He added that just like German Finance Minister Wolfgang Schäuble, he supported the idea of creating an independent body tasked with looking after member states' spending and income balance.

Spain, Portugal in the firing line

On Wednesday, the Commission is to present its economic recommendations to the bloc's members, with Spain and Portugal in the crosshairs for exceeding the allowed 3-percent threshold in fresh borrowing.

On paper, such violations would normally entail sanctions against the big spenders, but no fines have ever been imposed since the introduction of the euro in 2002.

EU Commission President Jean-Claude Juncker looks unlikely to take tougher measures this time around either as he fears that slapping a fine on Spain could have a direct impact on the outcome of a general election in the country on June 26.

The Commission expects Spain to log a budget deficit of 3.9 percent of GDP this year and 3.1 percent next year, above the maximum 3.0 percent as stipulated in the bloc's Stability Pact. It already booked a deficit of 5.1 percent in 2015, with neighboring Portugal also having been unable to stick to the rules last year.

Bundesbank chief Jens Weidmann says he's concerned about these developments. "What's obvious is that Europe's zeal to reform its economy and display budgetary discipline has faded," he complained.

Germany's public finances have stayed in the black for the second straight year. Europe's powerhouse booked a budget surplus in 2015 that was bigger than any since the country reunited. (23.02.2016)