The ruling comes amid growing backlash over secret surveillance in Bulgaria. A lack of regulations in Bulgarian law has led to a situation where data "could be used for nefarious purposes," the court said. 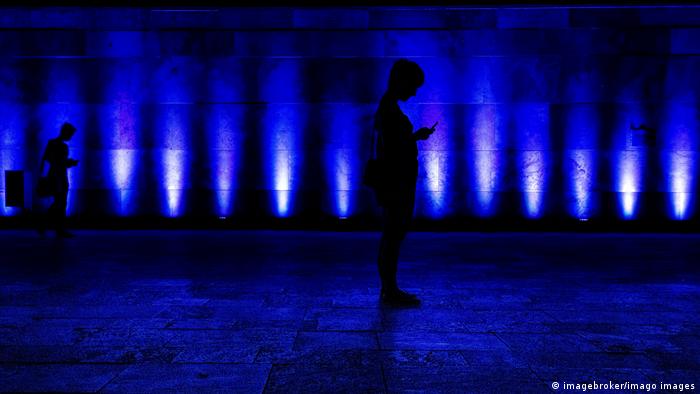 A top court ruled on Tuesday that Bulgaria's surveillance laws are in breach of the European Convention of Human Rights.

The ruling comes amid growing backlash over secret surveillance in Bulgaria, with a parliamentary committee last year revealing one of the biggest wire-tapping schemes in the country's history.

The European Court of Human Rights (ECHR) was asked to evaluate Bulgaria's 1997 surveillance law, as well as several articles in the country's criminal code.

The court ruled that Bulgaria's legislation violated the human rights convention — particularly with regard to "respect for private life and correspondence," as well as with regard to "retention and accessing of communication data."

In the ruling, the court found that "there was a lack of proper judicial oversight over decisions to issue warrants" for surveillance.

The court also found that "the lack of clear regulation had led to a situation where surveillance data could be used for nefarious purposes."

The laws were "incapable" of ensuring that surveillance and the secret collection of communication data could be limited to "only that which was necessary."

What Google knows about you

The case was brought by two Bulgarian lawyers, as well as by two NGOs. They argued that their line of work put them at risk of both secret surveillance by the state as well as having their communications accessed by law enforcement.

What are Bulgaria's current laws?

Under the laws in Bulgaria, secret surveillance is legal when national security is threatened or when a "serious intentional offense" is expected.

Authorities are allowed to wiretap phones and intercept electronic communications, as well as conduct visual surveillance and "eavesdropping."

The laws are intended to cover cases in which there is suspicion of terrorism, murder, embezzlement and other high-level offenses. Most commonly it is used for drugs offenses and racketeering — although a parliamentary inquiry last year revealed the surveillance has been used in an array of other cases as well.

In August, a parliamentary commission found that secret services had eavesdropped on more than 900 Bulgarian citizens. Among those targeted were politicians, journalists and activists.

This period of secret surveillance against potential government critics took place from the start of anti-corruption protests in 2020 until May 2021. At the time, the country's center-right government was in power, but was voted from office last year.

The head of the parliamentary commission, Nikolai Hadzhigenov, said at the time that evidence pointed to one of the largest wiretapping scandals to be uncovered in the country in recent history.

As Bulgaria has been found to be in violation of the human rights code, the ECHR said the country must change its domestic laws.

New legislation must be compatible with the human rights convention.

Although Bulgaria has already taken steps to amend its laws after an earlier European court ruling, the measures would now need to be adapted to ensure the reigning in of surveillance measures.

This report was written in part with material from Reuters news agency.

Facial recognition: Safer spaces or a kick in the face? | GMF Compact