Bulgaria′s new government a work in progress | Europe | News and current affairs from around the continent | DW | 10.11.2014

In spite of Bulgaria's new center-right government, the new prime minister's chances of overcoming mismanagement, corruption and resignation are not good. 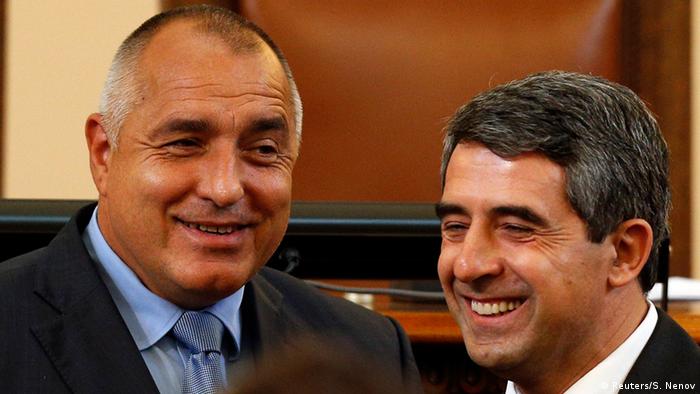 Its political birth was long and painful: Sofia lawmakers needed a month to bargain, bluff and negotiate their way toward a new government after early parliamentary elections on October 5

The end result is a new coalition. But it's a minority one formed by the winner of the election - the center-right GERB party of Prime Minister Boyko Borisov (pictured above left) - and the right-wing Reformist bloc. Their non-majority partnership ensures they'll be continually turning to the Patriotic Front and the left ABV party in parliament for support.

Borisov has been prime minister once before. His ambitious promises in 2009 included curb in organized crime and corruption. He was not able to do so.

In February 2013, street protests by the country's increasingly poor citizens eventually led to his downfall. His party's re-election, with him back at the top, is not a surprise, though.

"Bulgaria goes in circles," said Klaus Schrameyer, a former German diplomat in Sofia who spoke with DW. "Voters have lack of political alternatives - no real choice."

Borisov's task today is far more difficult than it was in 2009. His country is in economic ruin, and support for his minority government is uncertain. Cooperation between the right, left and nationalist parties has more to do with shared dread at new elections than similar politics. 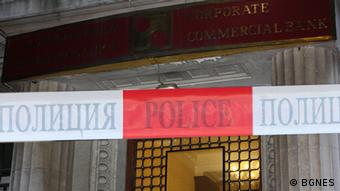 Thus far, the two major coalition members have spoken only generally of "raising prosperity" - or, rather unrealistically, of "sustainably increasing incomes" - while the nationalists hope to introduce compulsory voting.

"It's like a big grab bag, without any concrete guidelines and strategies, and lacking a contractually binding coalition agreement between all parties," said Johanna Deimel, deputy director of the Southeast Europe Association in Munich. Though reforms are critical in energy policy and banking, for example, the government will probably only manage the status quo, she says.

But even that isn't easy in Bulgaria. The country desperately needs judicial reform, which would shield investigating authorities and the courts from political parties.

Political scientist Anton Todorov has praised the new government for being prepared to make these changes. Whether or not they will be able to implement the reforms is another question, he said, especially when faced with the complicated web of interests within the new government.

One positive sign, at least, is the new government's plan to change the electoral law to put an end to vote-buying. It also plans to make media ownership more transparent. Other ambitious goals include a closer relationship with the European Union and NATO and plans to reduce energy and defense dependence on Russia. 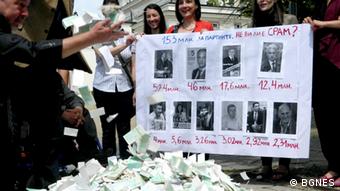 Todorov doubts, however, that much will come of these ambitions. Incoming Deputy Prime Minister Ivaylo Kalfin, of the left-leaning ABW party, backs close ties with Russia and will be pushing for the expansion of Russian energy projects in Bulgaria.

Inter-party conflicts are inevitable. GERB's coalition partner, ABW, negotiated an option into its coalition contract to vote against the government. This will force Borisov to seek shifting majorities and will likely result in an unbalanced government.

"The stability of the new government is on shaky ground," said Deimel. "I think it's very unlikely that it will last a full term, until 2018."

Borisov seems to have planned for this: All the "difficult" ministries - justice, economy, health and social affairs - will not be held by members of his own party. If these departments need to enact painful reforms, Borisov will have ready scapegoats.

And he'll need those scapegoats so that his deepest wish can come true: to become president in 2016.

As of 2020, Europe will receive natural gas from the Caspian Sea through the Trans-Adriatic-Pipeline. After some initial difficulties, the project is beginning to take shape. And it will bypass Russia. (05.10.2014)

Is a "Putinization" of central and eastern Europe underway? The head of the German parliament's Europe committee, Günter Krichbaum, says no - but sees plenty of reason for concern. (02.10.2014)