Bulgaria′s government, judiciary at each other′s throats over alleged plot | Europe | News and current affairs from around the continent | DW | 12.08.2010

Bulgaria's government, judiciary at each other's throats over alleged plot

Bulgaria's judiciary has been accused of corruption after suspects accused of plotting to kill the prime minister were released - due to lack of evidence. The EU has warned Sofia to tackle organized crime and corruption. 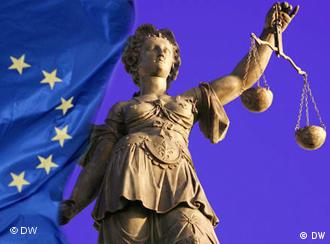 Bulgaria is under EU pressure to crack down on corruption

Bulgaria's government and its judiciary are sharply at odds with each other as Sofia attempts to fight organized crime and corruption.

The government accuses many of the country's judges of being corrupt. Magistrates and observers in turn accuse the government of trying to split the judiciary in order to establish a specialized court to deal with key cases.

Bulgarian police recently made several arrests after discovering a plan to assassinate Prime Minister Boyko Borisov. Yet shortly after those arrests, three judges in a court in the capital Sofia released the suspects "due to a lack of evidence."

"That was irresponsible," criticized Interior Minister Tsvetan Tsvetanov, highlighting the dispute between Bulgaria's executive body and its judiciary.

Brussels has been warning new EU member Bulgaria to tackle organized crime and corruption since long before it joined the bloc in 2007. The EU has criticized Sofia for delaying important trials and failing to impose sufficiently tough penalties.

Eager to comply, the one-year old government has launched one raid after another in an effort to build trust and show that it is doing everything possible to meet these demands. Raids with spectacular codenames like "Everything hit" and "The Killers" have been making headlines. 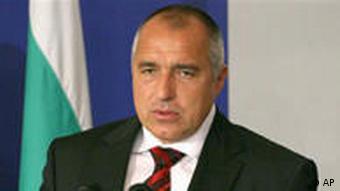 The premier was on a hit list, police said

"The Killers" led to the arrest of 20 people suspected of involvement in the June 20 shooting of 47-year-old Yuri Galev, a controversial municipal councilor and football club president. Galev died from his gunshot wounds 10 days later in a Sofia hospital. Those arrested were suspected of having killed other high-profile individuals and of having others on their hit list - including Prime Minister Borisov.

Borisov was critical of the judges' decision to release the suspects, suggesting in no uncertain terms that he believed they were in cahoots with the alleged plotters.

"I discovered about 10 days ago that there is an intention to boycott legal proceedings," Borisov said. "I will leave it up to the consciences of the judges to decide whether this is true or not."

Borisov expressed his frustration with Bulgaria's judicial system years ago, when he himself was a police chief: "We take the criminals in - and the judges let them go."

Now the prime minister is trying to convince voters - and the European Union - of this. Many Bulgarians readily accept his statements; the view is widespread that the country's judges are indeed corrupt.

But critics say rising police violence, the show raids and the accusations of judicial incompetence are attempts on the part of the government to divert attention from its lack of success in tackling crime. 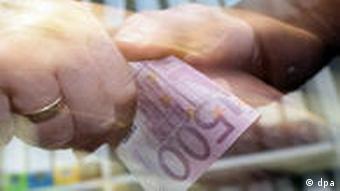 Corruption is still widespread in Bulgaria

"The government doesn't have it easy," said Neli Kutzkova, spokeswoman for Bulgaria's judges association. "First it announces super results. Then three judges come along who discover there is insufficient evidence to convict the suspects."

"Twenty people were arrested in the 'Killers' raid. The police released 15 themselves. Why didn't anyone get upset about that?" she asked.

No one believes Bulgaria's judiciary is perfect. But it's become an open secret that the cabinet has been seeking a public confrontation with the country's judges - so that it can go ahead with plans to set up a specialized court.

Special jurisdiction, police violence, political pressure on the judiciary, accusations of corruption: all this has been unsettling Bulgarians and damaging the country's image abroad.

Lazar Gruev, the chairman of Bulgaria's Supreme Judicial Council, has spoken out in an attempt to defuse the situation.

"I can assure Bulgaria's people, and our partners abroad, that Bulgaria's courts will in future also only make decisions based on the law."

The only thing that can be concluded, three-and-a-half-years after joining the European Union, is that Bulgaria is a functioning democracy, but that but the rule of law is not upheld there - at least not in a European sense.

World Bank steps up cooperation for development in Bulgaria

Bulgaria has one of the most outdated infrastructures of the entire European Union, and most EU development funding has been suspended because of corruption fears. But the year-old government is trying to change that. (11.08.2010)

A prominent Bulgarian radio presenter and author, Bobi Tsankov, was shot dead in the capital Sofia on Tuesday. His murder is believed to be connected with his investigations into organized crime in the country. (05.01.2010)