The man who raped and murdered Bulgarian journalist Viktoria Marinova has been sentenced to three decades in jail. Marinova had been jogging near the Danube river when she was killed "in a particularly brutal manner." 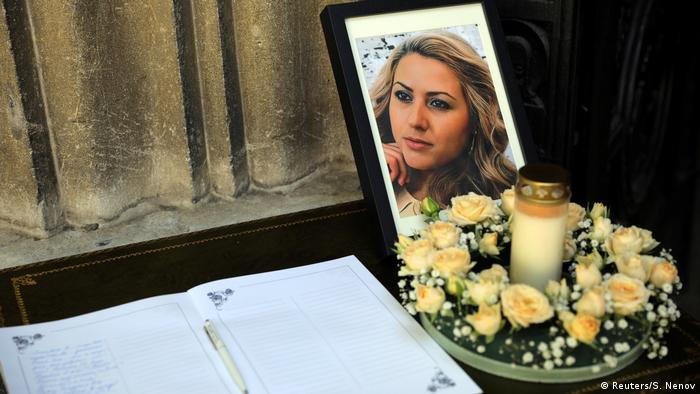 A Bulgarian court on Monday sentenced a man to 30 years in prison for the rape and murder of television journalist Viktoria Marinova.

Bulgarian Severin K., 21, appeared handcuffed and under heavy security before the regional court in the northern town of Ruse, a city near the border with Romania, where he had pleaded guilty and had asked for swift sentencing.

The court decided against gibing the man a life sentence because he pleaded guilty to the crimes in October last year, the report said.

The body of Marinova, a 30-year-old journalist and presenter, was found in a park on the banks of the Danube in Ruse on October 6, 2018.

The court said Marinova was killed "in a particularly brutal manner" after being grabbed while jogging in an alley along the river. Investigators said she was raped, hit on the head and suffocated.

She had been due to present a new program in which she pledged to unveil serious cases of corruption.

Prosecutors said the crime was "linked to sexual motives and had no links to the profession of the victim."

They added that Severin K. was intoxicated at the time of the "brutal rape."

He had initially fled to Romania and later traveled to Germany, where several of his relatives live.

After he was deported from Germany, Bulgarian police found genetic material that identified him as the perpetrator.

Journalist Viktoria Marinova's murder has shifted global attention to Bulgaria's ongoing corruption woes. While Western media have been quick to link her killing to her work, experts say more careful reporting is needed. (10.10.2018)