New evidence casts doubt on the circumstances surrounding the death of Argentine prosecutor Alberto Nisman. Authorities continue to probe whether he committed suicide - or if something more sinister occurred. 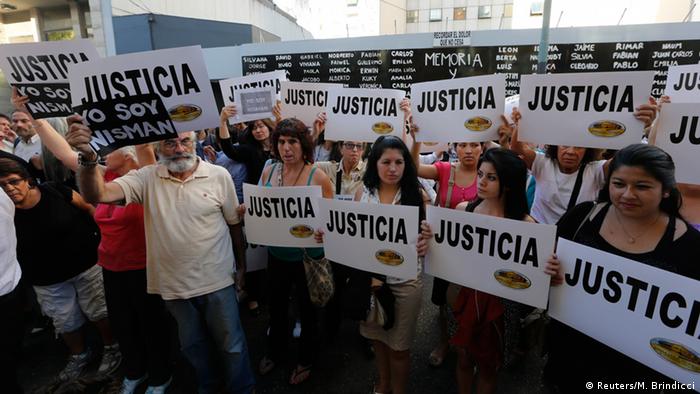 Officials claim that Argentine prosecutor Alberto Nisman - discovered dead hours before testifying against President Cristina Fernandez de Kirchner in a bombing inquiry - had been tricked by a former intelligence agent while preparing the report he had planned to give.

Nisman had abruptly returned to Buenos Aires from vacation in Europe last week to file suit against Fernandez. Hard evidence has been scarce in the on Sunday, but conspiracy theories abound in politically polarized Argentina.

Appointed by Nestor Kirchner, Fernandez's predecessor and deceased husband, Nisman, 51, spent a decade investigating the 1994 bombing of a Jewish center, which killed 85 and injured 300. He concluded that Fernandez had covered up the participation of eight Iranians, including former officials, to avoid jeopardizing trade of Argentine grains and meat for Persian oil.

The government released Nisman's 280-page investigation Tuesday. On Wednesday, Fernandez's secretary-general, Anibal Fernandez, said "there is not a single supportable thing" in the prosecutor's accusation, which also laid out evidence against Foreign Minister Hector Timerman in the "criminal plot."

Investigators continue to suspect Nisman committed suicide, but an examination detected no powder residue from the .22-caliber gun on his hands. Authorities have not ruled out foul play, including homicide or coerced suicide.

The investigation has found a narrow air-conditioning passage that connects Nisman's apartment to a neighboring unit occupied by an unidentified foreigner, and authorities have begun looking into a seemingly recent footprint and fingerprint found inside. A locksmith who opened one of the two doors to Nisman's apartment on Sunday after his mother could not use her own key said that the door's being locked from the inside did not necessarily mean the prosecutor had been alone at the time of the fatal gunshot.

"The service door wasn't closed," the locksmith told reporters. "I simply pushed the key and entered in two minutes." He added: "It took me longer to pack up my things than to open the door."

Nisman's ex-wife, Judge Sandra Arroyo, expressed doubt that he would commit suicide but declined to give more details. The prosecutor had left no suicide note. Media have questioned why Nisman would borrow a handgun from a colleague when he had two registered weapons in his own name.

Doubts in Argentina as officials say prosecutor shot self

Officials say an Argentine prosecutor found dead hours before testifying against the president appears to have committed suicide. Alberto Nisman was found in the bathroom of his Buenos Aires home late Sunday. (19.01.2015)