Brzoska: 'Conflict resolution is in a crisis'

There have been serious efforts to contain conflicts in recent years, peace researcher Michael Brzoska tells DW. But the international community rarely uses the established means of de-escalation at its disposal. 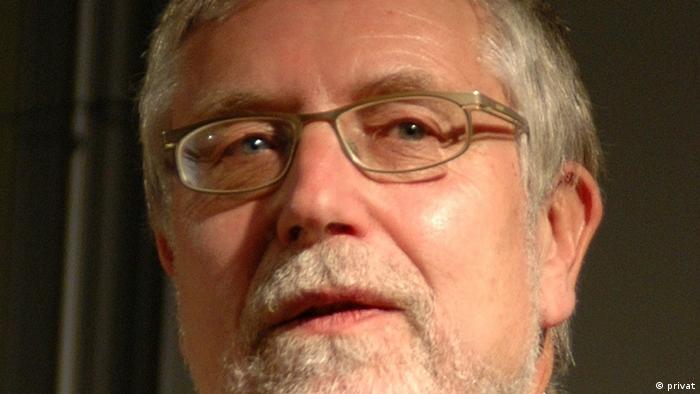 DW: Russia tested a long-range missile in the midst of the Ukraine crisis. The US has sent warships to the Black Sea and fighter jets to Latvia and Poland. Other NATO members have moved their troops to their eastern borders. Are these just routine exercises or are these threatening gestures?

Michael Brzoska: It is a mixture of both. Activities like the military exercise of Russian troops at the eastern border of Ukraine were announced with short notice. Some of the measures, however, had been planned for a long time, such as test of missiles that can carry nuclear weapons. But even measures that have been long-planned can certainly be canceled.

All these things are part of the communication between the parties involved in the crisis. They send signals of all sorts and can be used to send a particular message, but they can also be sent unintentionally. They could also be misunderstood by the other side. Such activities are always a side-effect of conflicts and they play a role in escalating the situation as well as de-escalating it.

Is this form of communication not just pure symbolism - when, for example, NATO sends a few hundred troops to its eastern border?

Pure symbolism is an unclear term. Symbolism is very important. Crises have real reasons: it is about material things, geopolitics, interests and mainly it is about the distribution of resources. But crises are mainly constructed. This is something that has a lot to do with the interpretation of the other side's behavior and the mobilization of their own supporters. There symbolism plays a very important role.

What other tools are the main actors using in crises?

The military aspect is very important and diplomacy at the opposite pole. This is something which is often hardly known. There are often discussion groups held among diplomats and they happen at different places. These can also be small-scale local discussions in the crisis region. 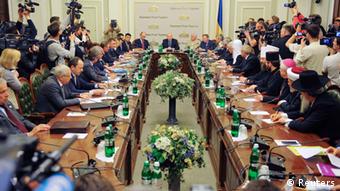 There are also a lot of other things: the economy as well as educational and scientific aspects. And the media plays a major role today. All involved actors try to present their position so that as many people as possible in different countries support their position. There is a popularity contest for support.

You can say that there is a basic design of conflicts. They don't always proceed in exactly the same way, but there have to be structural problems to trigger the crisis. This spark is then picked up by another side and is then used as a cause to intensify the crisis. In this way, the crisis intensifies step by step. It becomes particular problematic when people get killed - as it happened in Ukraine, for example. Then it is difficult to keep the conflict under control and to keep them from escalating further. But even then it is still possible. Eventually both sides try to internationalize the conflict. It used to be easier in the past: during the Cold War, one was either in the Western camp or in the Eastern camp. It has become very complex in the last 20 years.

Is the danger of escalation greater the more complex the conflict is and the more actors are involved?

Yes, but the opposite trend has become important since the end of the Cold War. There are more often strong international efforts to contain these crises. There is a broad consensus among major powers that they don't want the crises to escalate into violent conflicts, because in most of these conflicts the interests of the major powers will be damaged. However the Ukraine crisis could change that.

Do the de-escalation mechanisms that have been established since the Cold War fail in conflicts such as the Ukraine crisis?

In the last 20 years we have seen a massive increase of peace keeping missions, sanctions and also intervention on the diplomatic level by different multinational organizations, including the UN, the OSCE and the African Union. There has also been much more humanitarian aid. This positive development is not continuing at the moment. We are in a situation where the international community is using these conflict resolution instruments less and less.

There is also another point: In the last 15 years many conflicts in Europe have been put on ice. These are conflicts that originated in the early 1990s in Moldavia, Transnistria, Nagorno-Karabakh, Georgia and now in Ukraine. These are all conflicts which have been dormant for the last 10 to 20 years. Now they are resurfacing due to changes in the global situation and due to the recent confrontation. We can also see this in other regions.

Getting back to the structural problems on which the conflicts are based: A lot has happened, but in many regions around the world it has not been enough. There are still one billion people living below the poverty line. The global income distribution is still very unequal. The basis for more conflicts is there. At the moment it's the conflict resolution mechanisms that are in a crisis.

Michael Brzoska is the Scientific Director of the Institute for Peace Research and Security Policy (IFSH) in Hamburg.

Sanctions are a favored means to exercise pressure on a state without resorting to military force. But they are often ineffective and can have a catastrophic impact on the civilian population. (06.03.2013)

The Moldovan security forces at the Ukrainian-Moldovan border are on the alert due to the escalation of the Ukraine crisis and possible provocations. (07.05.2014)

Experts worry that the next "Crimea" could be the breakaway region of Transnistria. Many locals there don't share that fear, and if the last referendum holds, a large majority would welcome a Russian annexation. (29.03.2014)