Brussels is still losing corruption battle | Europe | News and current affairs from around the continent | DW | 24.04.2014

Many citizens view EU institutions as corrupt and not transparent. Even though Brussels is fighting corruption better than many member states, it needs to do far more, accoring to a study by Transparency International. 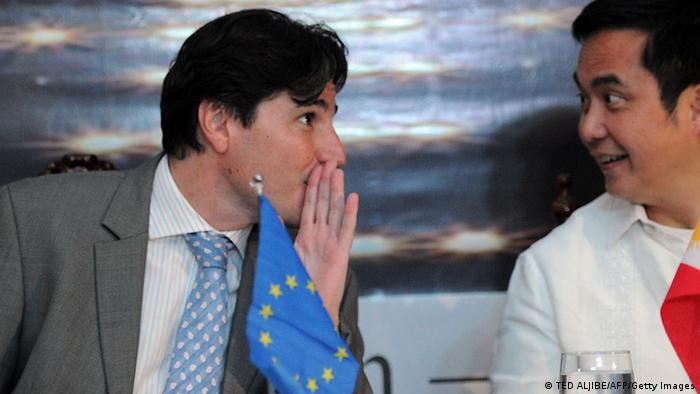 The European Union and its institutions have many exemplary policies and rules to fight fraud and corruption but fall short on implementing and enforcing them consistently. Those are among the findings of a study presented in Berlin and Brussels on Thursday by the anti-corruption organization Transparency International.

The organization analyzed how the European Parliament, the European Commission and eight other EU institutions deal with corruption and conflicts of interests in their own ranks.

'Better than its reputation'

Edda Müller, chairwoman of Transparency International Deutschland, admits to being slightly surprised by the findings. “The European Union is a lot better than its reputation,” she said. 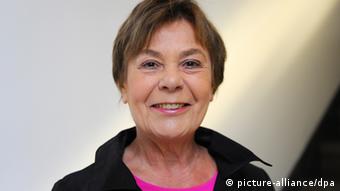 Edda Müller, chairwoman of Transparency International Deutschand, is surprised with the findings.

In many areas, transparency rules in Brussels far exceed German standards, according to Müller. All protocols from EU Parliament committee meetings, for example, have to be published. And anyone can check at any time status of complicated EU laws negotiations and which EU state is taking which position.

A huge shortcoming of the EU, however, is that its existing transparency rules are often undermined by poor practice, according to the anti-corruption watchdog.

“More has to be done to make the European Union truly immune to corruption,” said Müller, who spent many years in Brussels working as a data protection expert. There she also learned about the influential world of lobbyists and special interests.

A binding lobby register with option of sanctions

Excessive lobbying and ineffective measures to control it are serious problems, said Müller, quoting from the 240-page “EU Integrity Study,” which was financed by a Dutch foundation. She said the existing lobby register in Brussels was insufficient in its current version, adding that registering lobbyists is not compulsory and there are no sanctions for those who object to being registered. 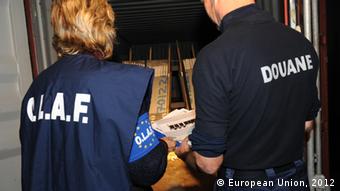 The EU's anti-corruption body OLAF has plenty to do

"Some 6,000 lobbyists are registered," noted Müller, adding that the estimated number of lobbyists in Brussels is at least twice as high. Transparency International has called for introducing a compulsory lobby register.

The watchdog also demands that the processes of preparing EU laws by the European Commission be made public. External experts are often asked for advice in these processes. “Experts who've been contacted by the Commission ought to clearly state who they work for, who pays them and which interests they represent,” Müller said.

To better combat cross-border crimes such as money laundering and corruption, Transparency International has called on the EU to establish the office of a European state prosecutor. Currently, the EU has two institutions – Europol (European Police Agency) and Eurojust (the EU's Justice Agency) – that coordinate the flow of information between the authorities of the 28 member states.

“In order to combat such crimes, we believe Eurojust is insufficient in its current capacity as a coordinator,” Müller said.

The EU Integrity Study was compiled by Transparency International's EU office over the past nine months. It is based on publications and interviews with representatives of the EU institutions.

As Indonesia prepares to elect a new parliament and president in the coming months, DW examines how political graft is undermining the Southeast Asian country's democratic and economic achievements of the past decade. (27.02.2014)

PIP executives go on trial in France over breast implants

Five executives of the French breast implant supplier Poly Implant Prothese (PIP) have gone on trial for fraud. They are accused of putting thousands of women at risk by using industrial silicone. (17.04.2013)