A British activist had to endure insults and violent threats on Twitter for wanting Jane Austen's image on the 10-pound note. Her case has sparked a debate about freedom of expression on social networks. 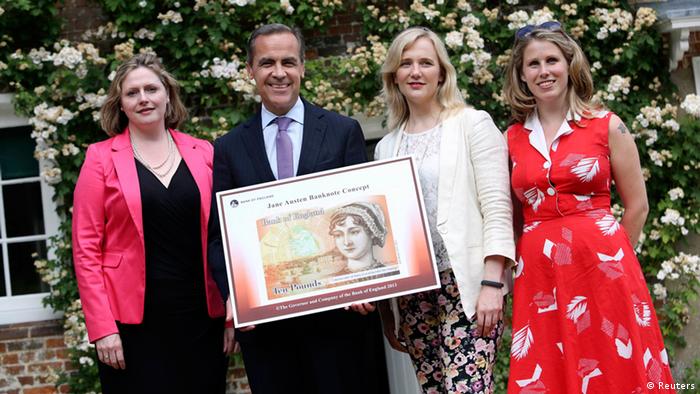 For months, British activist Caroline Criado-Perez fought for a female face to be represented on UK banknotes. Her choice for the 10-pound note was writer Jane Austen.

Finally, at the end of July, it was a done deal - the Bank of England will authorize the Jane Austen adorned 10-pound bill to be printed from 2017.

But critics and misogynists would not stop harassing Criado-Perez on the microblogging site Twitter. Apart from countless insults, she was also threatened with rape and murder. 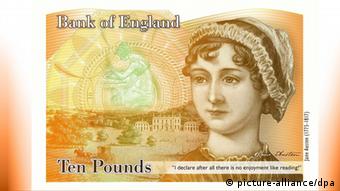 Criado-Perez told the BBC she received around 50 threats per hour, over the course of 12 hours. "These threats were so detailed and explicit, I couldn't get them out of my head, they really scared me," she said.

And she is not alone. Labour party member Stella Creasy was also threatened on Twitter for supporting Criado-Perez' campaign, along with several female British journalists. One anonymous tweet read "a bomb was placed in front of your house," with the exact time it would detonate.

Twitter itself was not very helpful, says Criado-Perez, which is why she called the police. As a result, two men have been arrested and subsequently released on bail until their trial starts in September.

Hendrik Zörner from the German Union of Journalists (DJV) says it is nigh on impossible to stamp out this type of harassment. "It's not the first time that journalists have been threatened to that extent on Twitter," he told DW. "Unfortunately, it comes with using social media in general. But I tend to think that journalists will have no choice but to live with it."

Twitter's director of "trust and security," Del Harvey, admits that the company does not automatically forward threatening or insulting posts to the police. She also insists that Twitter often lacks enough information to pass on tweets and that it is often impossible to say where a post originates. 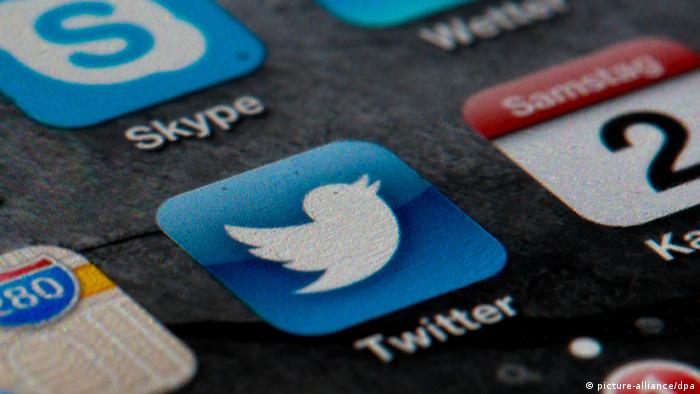 The micro-blogging site has a code of conduct that prohibits threats of violence. It takes several clicks and pages, however, to report inappropriate posts. An online petition has now been launched demanding a "report abuse" button, which has been signed by 120,000 people.

But to prevent violent threats on Twitter, tweets and messages would have to be checked, which Twitter says would have involved 65 million tweets per day in 2010.

Journalist and blogger Martin Giesler says that is impossible to do. "Take Facebook, where there are 5,000 staff for every one billion users," he explains. It is obvious that Facebook cannot look at all posts.

"Instead, social media networks use algorithms that kick in once 1,000 users deem a post inappropriate," Giesler explains.

He says whether it is people or computer systems doing the work, it begs the question of where censorship begins and whether users can trace the process by which a post has been hidden or deleted, for example.

Giesler says while journalists may have to live with intimidation on social media, it is regular users that need to be better protected.

"Journalists and politicians are in the public eye anyway. We need to focus more on the general public - be it the student, the housewife or a father," he told DW.