Britain's eternal heir to the throne: Prince Charles at 70

Were Prince Charles ever to be crowned king, he would be the oldest monarch to accede to the throne. Rather than taking things easy, he's been taking on more royal duties than ever in recent years.

"There's only room for one sovereign at a time, not two," Prince Charles laughs in the new BBC interview and television documentary about his life: Prince, Son and Heir: Charles at 70.

The BBC reporter accompanied the Prince of Wales — lovingly known by his grandkids as "Grandpa Wales" — for a year. The reporter was able to interview Prince Charles' closest relatives, his friends and those companions in front of the camera. 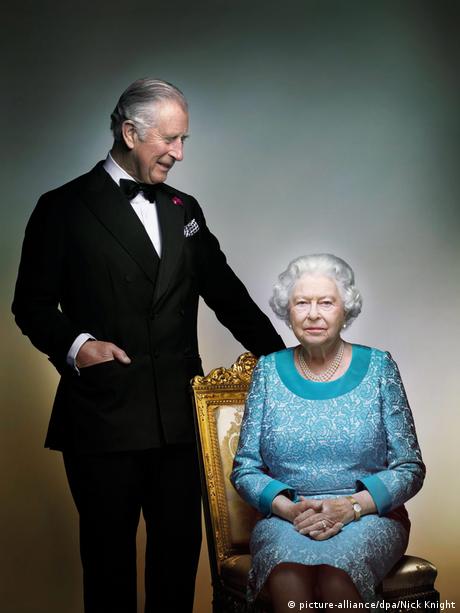 The resulting documentary creates a nuanced picture of the British heir to the throne, one which presents a completely new, never-before-seen side to him. Charles, son of the Queen of England, responds to his role as heir to the throne with a sense of humor, noting that he does not see himself in standby. At the moment, he is simply doing another job and enjoys the freedom, joking that it is not something that would be expected of him as monarch.

A royal education program for drop-outs

An expert on aristocracies, Julia Melchior also sees a lot of potential for Great Britain in the work currently being pursued by Prince Charles out of the limelight.

Back in 1976, he founded the Prince's Trust, a charitable organization under whose umbrella more than 15 institutions have been working for years. The organization enables young people from socially problematic areas to catch up on their schooling and become more ecologically aware, opening the door for greater opportunities for advancement.

As a royal, the crown prince must distance himself from the nation's official politics — at least according to the UK's unwritten constitution. But Prince Charles can still use his role as a source of inspiration for others in British society, said Julia Melchior. "He stands up for things that are in line with the trends of the times. He is one of the first to have developed a radical consciousness about the environment. At the time, people thought he was mad, but in reality he was always one step ahead in his thinking.

Engaging himself in a 'fair future for his grandchildren'

Prince Charles, whose title is also the Duke of Cornwall, wants to turn his country — as well as the whole world — into a place that is more environmentally aware, filled with culture, more social and above all, greener. He planted an entirely new forest in honor of his grandson, George. 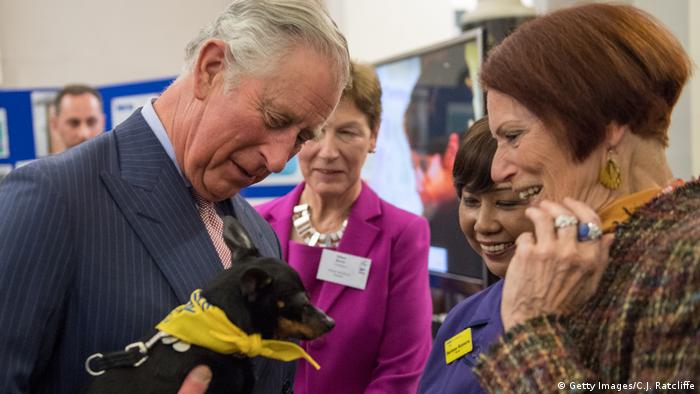 Among other commitments, Prince Charles is Patron of the British Geriatrics Society

When he speaks about it, you can see happiness and pride light up in his eyes. He uses the possibilities presented by his noble position to play a role in society, something he views as sustainable over the long-term. His utopic vision of a future that will do well by his grandchildren is what motivates him, as he said in the BBC interview.

Whatever Charles takes part in, he does so with all his strength and with a great deal of passion, said Julia Melchior. A television journalist and expert on the royals for Germany's public broadcaster ZDF, she has closely followed the younger royals throughout their development. For Prince Charles, the first born son of the queen who will be celebrating his 70th birthday on November 14, that development was not easy.

"If you think about all that he has lived through, it was quite tragic," she told DW in an exclusive interview. "He had a lonely, unhappy childhood, an unhappy marriage followed by dramatic years with an awful War of the Roses-style divorce. And he has always been in the midst of criticism — as an official personality as well as on a private level."

Charles has, in the meantime, begun playing the role of grandfather to his eight grandchildren: Three from his own son, Prince William, and five from the family of his second wife, Camilla.

The Princess of Cornwall has found her way into the family monarchy, settling into her role as Grandma. If her husband, Prince Charles, were to be crowned king, Camilla Parker-Bowles would not be named as queen but rather, "Princess Consort," although the Queen herself gave the blessing for her son's controversial second marriage to divorcee Camilla Parker-Bowles. When Elizabeth II officially read her government program in the British Parliament in 2013, she was accompanied by Prince Charles and Camilla.

A spot in Great Britain's history

By taking on this role as family man, Charles is showing a new facet of his personality. Prince Charles' second-born son, Harry is also now awaiting his first child with Princess Meghan. As father-in-law to Meghan, a young American actress from a completely different cultural circle, he personally ensured that she was accepted into the royal family.

Although he evidences a sense of humor, in his interview with the BBC, Prince Charles talks about his role protecting the future of the younger generations in his family as one that is both a responsibility and that brings him joy. He tells the interviewer that it doesn't make sense to leave his grandchildren a polluted, destroyed world behind. 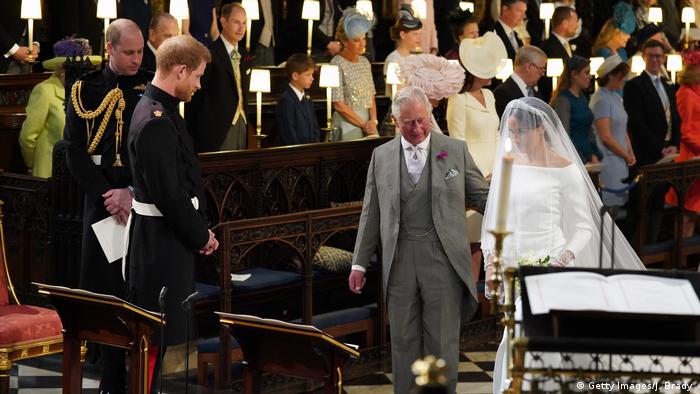 As an ecologically attentive father, uncle and grandfather, his job is clear: As long as he maintains the freedom he has as Crown Prince, he will continue to fulfill his social and environmental commitments, he said in the BBC interview. His sons also recently confessed that as children they had to pick up other people's litter.

Just when the Prince of Wales will become king is another story. Prince Charles has long since taken over most of the royal duties from his 92-year-old mother without much fuss. The Queen no longer travels abroad so Charles represents the nation overseas. Likewise, he attends more than 600 official appointments a year; 14-hour days are no exception for him.

The eternal heir to the throne has long since taken his place in the history of Europe. No one doubts that Prince Charles will become the 63rd King of Great Britain, says noble expert Julia Melchior. "The Constitution clearly states what that will be like: He is the heir to the throne and he will succeed his mother to the throne. As long as his health plays along."

Once he is crowned king, Charles will definitely be the eldest king of the British monarchy — his uniquely royal selling point.

After confirming that her father would not be attending her wedding to Britain's Prince Harry on Saturday, US actor Meghan Markle asked Prince Charles to walk her down the aisle instead. (18.05.2018)

Prince Charles to succeed Queen as head of the Commonwealth

Leaders of the Commonwealth states have approved Prince Charles to succeed Queen Elizabeth as head of the organization. The announcement had been expected after the Queen said she hoped her son would take on the role. (20.04.2018)

A new exhibition at Buckingham Palace shows some of the Prince of Wales' most prized — and personal —belongings. The show comes just a few months before his 70th birthday. (22.07.2018)