Bridging the gap in American policing

When it comes to police training in the US, there is little consistency across the country’s 18,000 law enforcement agencies. Romina Spina reports from Fairfax County on the challenges reformers face. 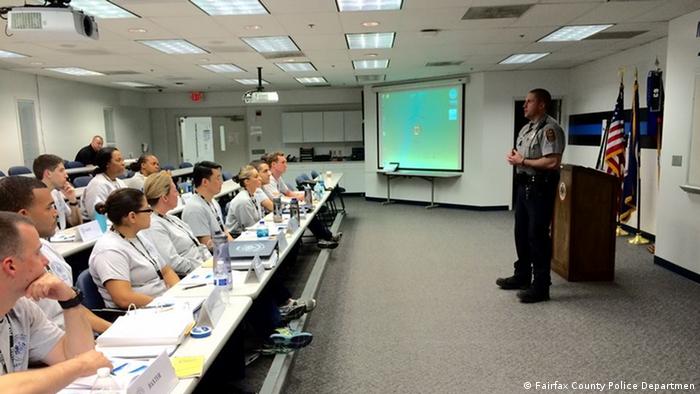 After the local community protested an officer-involved shooting that killed a man in Fairfax County, Virginia, the newly appointed chief of police, Edwin Roessler, decided to put his department on a different course. What was most needed from its 1,300 sworn officers, he realized, was a change of mindset.

That killing happened in 2013, only months before the death of Michael Brown, a black teenager who was shot by a white police officer in Ferguson, Missouri. Since then, repeated reports of officer-involved killings of African American males across the country exposed deep rifts between the police and the communities, leading to renewed calls for reform.

Back then, in an unusually proactive approach within the law enforcement world, Fairfax County Police Department had already started considering alternatives to the excessive use of force that had jeopardized community relations. A turning point was an overhaul of its training practices, so that officers could learn how to restore trust and better serve the county's residents.

Officer training is perhaps the most challenging aspect for police reformers in the United States. That's mainly because control over America's police forces is decentralized. Nationwide, there are about 18,000 different law enforcement agencies, and no unified training standards for them exist.

According to Seth Stoughton, a former veteran officer and now a professor at the University of South Carolina, there is limited research on the types of police training and their delivery. "We typically don't know how effective training is, and whether certain training is better than other," he told DW. In other words, nobody really knows what the best way is to train an officer. 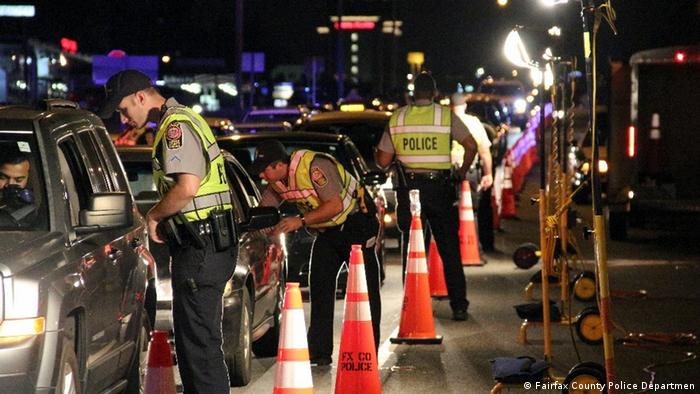 With around 18,000 law enforcement agencies across the country, a unified approach to training is almost impossible

Because there is so little consistency, officers working at two nearby departments might be trained in completely different ways. "Training quality can also vary tremendously," Stoughton added. For example, a common method of instructions consists in recounting war anecdotes. Some recruits learn through hands-on scenarios and role plays, others try to absorb the same information in lectures. Not every agency can provide training because of budget constraints. In those cases, they rely on free training sessions so that officers can keep their certifications.

Recommendations for better training were included in the final report by the President's Task Force on 21st Century Policing, appointed in the aftermath of Ferguson. Other measures addressed the need for transparency and data sharing. But the response from police departments to President Obama's initiative has been underwhelming. Out of 18,000 agencies, only a few hundred showed an interest in the proposed changes. 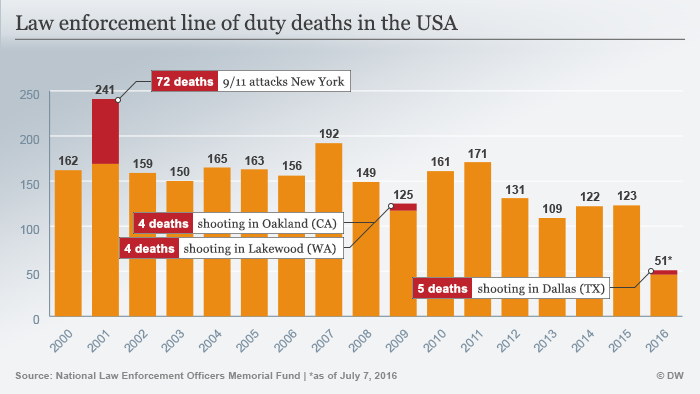 Fairfax County was one them. Here, Maj. Richard Perez leads reform efforts. The emphasis is on transparency, which includes access to information and the release of footage related to officer-involved shootings. The other focus is on de-escalation, whenever possible. The goal is to use different techniques to defuse tense situations, preventing or limiting the use of force.

Perez looked at new training methods that would prepare its officers to do that. "Training is the gap in American policing," he told DW at the department's headquarters. He also believes that better training leads to cultural change.

Much of what his officers learn now stems from a program called T3 ("Tact, Tactics and Trust"), which is centered on the psychology of social interactions. It's the brainchild of Jonathan Wender, a sociologist and former police officer in Washington State.

One of the first things Wender teaches is the need to understand and to never humiliate the person in front of them. "With policing, people on the street don't mind so much the force, they understand that that's part of it. But they resent the humiliation," he told DW. With officers, he talks about the experience of humiliation and the physical rage that comes from it.

De-escalation is just one of many tools that can be used in a difficult situation. The more trainers drew on science to build skills, the more effective the training would be, said Wender. That required not only abstract information, but also opportunities for officers to practise tactics. It's a big difference from the training he remembers receiving more than two decades ago, or from what is often taught in academies nowadays.

Wender believes that there is also an urgent need to teach officers to function well under stress. Many of them walked around in fear, he added. "Vigilance is important, but hyper-vigilance is dysfunctional, it leads people to do stupid things." Part of it has to do with the misconception about the risks of being shot dead in the line of duty, says Wender. More American cops were actually killed in traffic accidents.

Traditional training is focused on officer safety. This helps to explain why, on average, recruits spend nearly 60 training hours learning how to shoot firearms, and 10 hours or less learning about social interaction, psychology and communication skills. "But controlling the body is the least effective form of control," said Wender.

With personal safety being so paramount, many police unions are critical of the new emphasis on de-escalation. Stephen Bigelow, an officer and union leader in Washington, D.C., teaches de-escalation at the city's academy and is aware of its limits. In practice, these tactics were not always a viable option, he told DW. Like Wender, he believes that officers needed to learn how to make decisions under stress. Referring to recent police shootings, he said that "some of these instances were just two nervous people and misunderstandings, so we need to talk to each other."

Lack of money and will 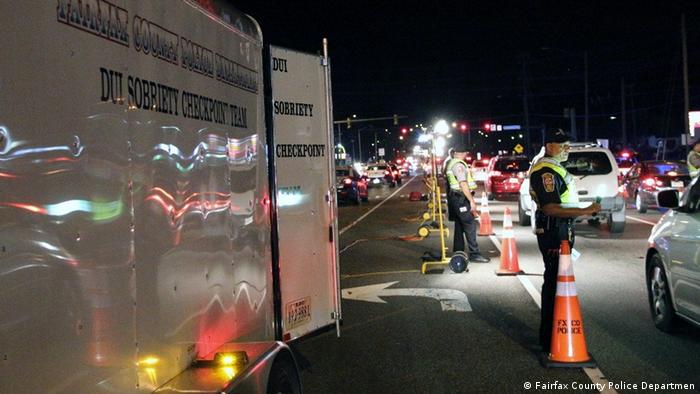 Back in Fairfax County, when asked if their training model could be replicated elsewhere, Perez and his team said that core skills involved - social interaction, community outreach and trust-building - should be transferable. At the same time, they were aware that compared with many other places, their county had a low crime rate.

That difference matters. While most observers and officials recognize the need to reform, a lack of political will and insufficient funding prevent progress. "There is a huge dissonance between the cry for reform and the dollars put behind it. [Many] police departments won't spend the money to train people," Wender said.

In cities like Baltimore or Chicago, where problems were often concentrated in marginalized communities, it would be harder to implement new programs, as law enforcement agencies lacked the funding for quality training.

"The best police departments are in those communities who are affluent, who have resources to hire and train the best people. The people who need it most, tend to get it least," Wender said.

More hugs than bullets in Charlotte

After several days of unrest, the latest protests over the shooting of African-American Keith Scott in the US state of North Carolina were relatively peaceful. DW's Ani Tramblian reports from Charlotte. (23.09.2016)