Southern Haiti has been cut off from the rest of the country after a bridge collapsed due to Hurricane Matthew. In the Dominican Republic the storm has been blamed for at least four deaths. 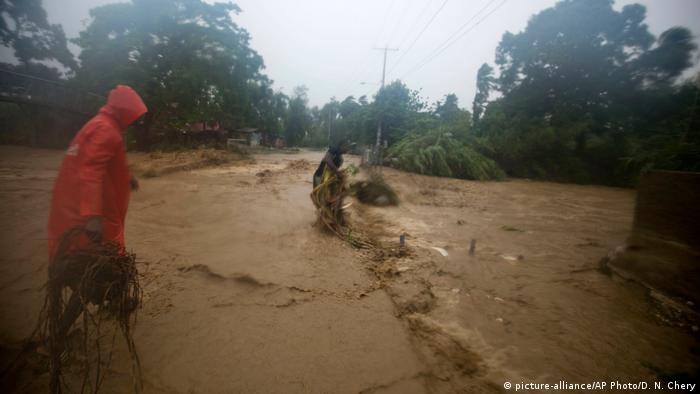 The Route Nationale 2 highway - to and from La Digue Bridge - is the only one linking the capital Port-au-Prince to the southern peninsula, an area that been hard hit by the deadly storm.

"An emergency meeting is taking place to restore access, but it's going to be difficult to find an alternative route," civil protection spokesman Edgar Celestin told the French news agency AFP, adding that it is impossible to know how many fatalities there are or the extent of damage in southern Haiti, as civil protection workers there could not be reached or get outdoors to assess the situation.

In the US, South Carolina Gov. Nikki Haley says she plans to issue an evacuation order Wednesday ahead of Hurricane Matthew so that one million people can safely and comfortably leave the coast. 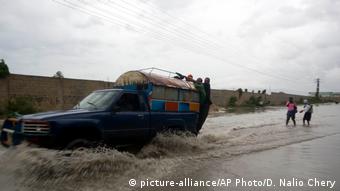 Haley said at a Tuesday news conference that she will finalize the order Wednesday morning, unless there is a major shift in the storm's track. Haley says she expects the evacuation to begin at 3 p.m. EDT Wednesday.

White House spokesman Josh Earnest says President Obama will be updated on the weather forecast and on operational aspects of preparing for the impacts of the severe weather.

Gov. Rick Scott said Florida residents should drain standing water from their properties before and after the hurricane to reduce the threat of mosquito-borne viruses.

The US National Hurricane Center has issued a hurricane watch for South Florida.

Matthew is expected to impact the South Carolina coast by the weekend, the American Red Cross is issuing a call for volunteers.

The most powerful Caribbean storm in nearly a decade has churned towards Haiti, Jamaica and Cuba on a path forecasters say could reach the eastern United States. The US Navy is evacuating its Guantanamo Bay base in Cuba. (02.10.2016)