Brexit: The view from the French side of the Channel | Europe | News and current affairs from around the continent | DW | 02.01.2021

Brexit: The view from the French side of the Channel

For truck drivers, Brexit is causing some annoying new problems. But the chaos that was feared on the day following the UK's final exit from the EU did not transpire, as Bernd Riegert reports from Calais. 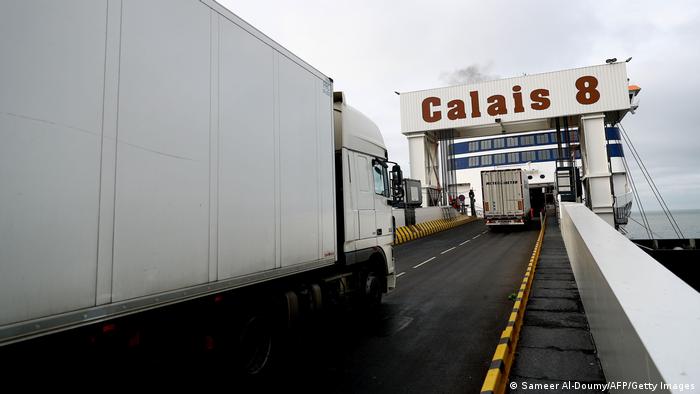 As the first ferry from the United Kingdom docked in the port of Dunkirk in northern France at noon on Wednesday, the French customs officers gathered on a set of steps at the quayside and watched the first trucks rolling off.

Normally, they work in their offices, looking at computer screens and checking freight documents. But Friday was different, or even historic, because the trade deal with the former EU member state had gone into force at midnight Central European Time (2300 GMT Thursday). The previous single market has been replaced by an agreement that in principle allows the duty-free movement of goods between the UK and the EU, but at the price of more checks and paperwork than before. 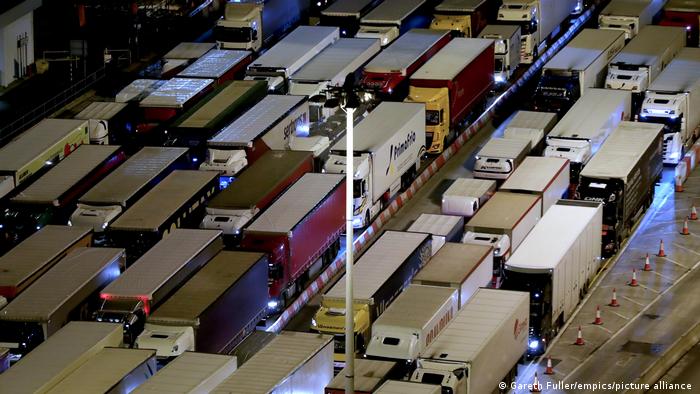 So far, there have been no truck jams like those in the old year

"By far most truck drivers have the right customs declarations ready," said Filip Hermann, the vice president of DFDS, one of the biggest shipping companies in northern Europe. "And we try to help those without all the papers while they're in Britain, because they aren't allowed to board our ships at all."

But he said that many smaller trucking companies and subcontractors in eastern Europe still had many questions about the new freight documents required after Brexit.

Calm before the storm?

But the whole customs clearance process went very calmly overall. The New Year's Day holiday meant that not much was happening anyway, and the pandemic had greatly reduced the number of passengers. What is more, only about 10% of the 120 trucks coming out of the ferry were being pulled over for additional customs checks. But France might raise this quota at any time. 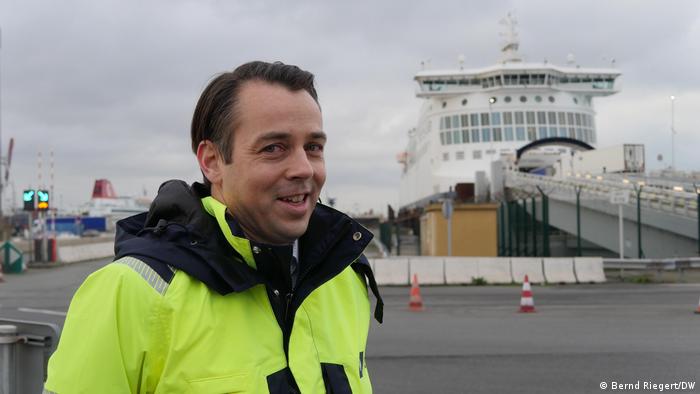 Hermann expects things to get busier in Dunkirk

"The real test will come in a few weeks when the amount of goods increases and the trucking companies are working at full capacity," Hermann said. He said that things were fairly quiet now, but that the last weeks before Christmas had been very busy because a lot of warehouses and factories had wanted to stock up before Brexit was finalized.

In nearby Calais, the top customs officer for the Haut-de-France region, Jean-Michel Thillier, was monitoring the smooth progress of the new checks that he had helped prepare for years, as he says. The customs service carried out large-scale practice drills and invested in new data processing methods. Companies can declare their goods and pay customs duties online under a system called "smart border." The drivers receive a barcode that then only has to be read at the border.

The UK and France carry out joint checks of papers, even on each other's territory. "We have worked hard and hired 60 new people to create a new customs administration that is open around the clock. We have installed new computer technology and hope that this system functions automatically to some extent so that clearance times are kept short," said Thillier, dressed in his elegant dress uniform for the on-site visit in Calais. 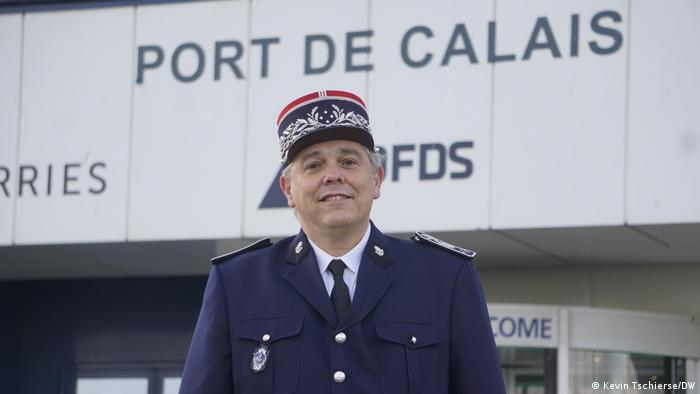 Thillier spoke of a 'new world' where more formalities are necessary

On the British side, they are taking their time. According to the rules of the new trade deal, the UK customs authority intend to check goods coming from the EU only in the middle of this year.

Thillier declined to comment on whether British preparations are being undertaken in a serious spirit. "It is not my place to judge the decision by the British people, but we have to prepare for this new world. And this new world means that there have to be customs formalities when goods are moved from one side to the other."

What is new are the checks on animals, plants and fresh foodstuffs. In the single market, they could be transported without obstacles. Now, they have to undergo controls. In all, 5 million trucks and semitrailers cross the Channel in both directions each year. The UK imports 70% of the fresh foodstuffs being transported.

An interruption of just two or three days in the supply chain could lead to empty shelves in British supermarkets. "The COVID travel ban on trucks before Christmas showed what damage France could unleash if checks really led to delays," DFDS's Hermann pointed out. 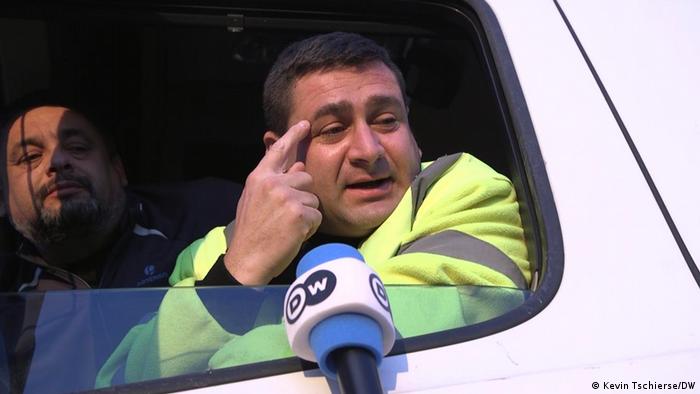 This Italian driver feels that Brexit is just mad politics

Outside the port in Calais, truck drivers were waiting for customs clearance on a fenced-off car park at the A16 motorway. Many came from Poland, the Baltic countries or Belarus.

Some of them were finding it difficult to comprehend the new regulations. They have to rely on their companies back home to put together the required papers. Depending on how many customers are to receive deliveries from the goods they are carrying, six or more waybills and barcodes are necessary.

"Brexit means lots of paperwork, lots of interruptions. We wait for up to a week," complained Yuri, a truck driver from Belarus. A colleague from Italy agreed with him and tapped the side of his head with his index finger: "Brexit is only about politics. You and I and all our colleagues are only losing time and money here." 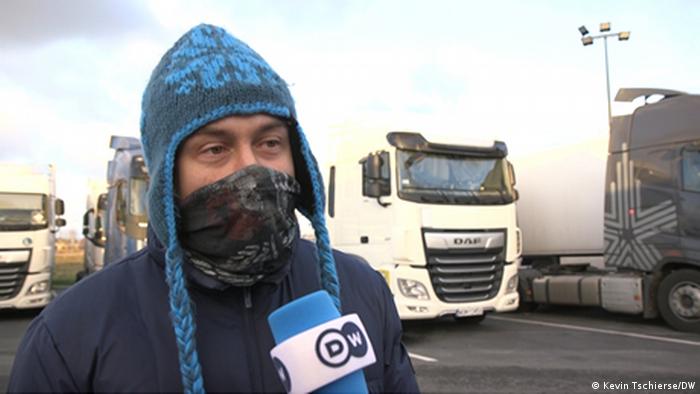 Yuri from Belarus is not pleased about the extra work

James, a driver from Scotland, was more relaxed about the situation. He leaned his tattooed arm on the window ledge of his driver's cab and smiled. "Some things will change, but we aren't sad about it. I think you just have to learn to deal with it. This is the way things are; you have to learn to swim with the tide."