British Prime Minister Cameron and the head of the EU Commission Juncker met on Friday to talk about a possible deal with the UK. Do they have enough to prevent a Brexit? An analysis by Max Hofmann in Brussels. 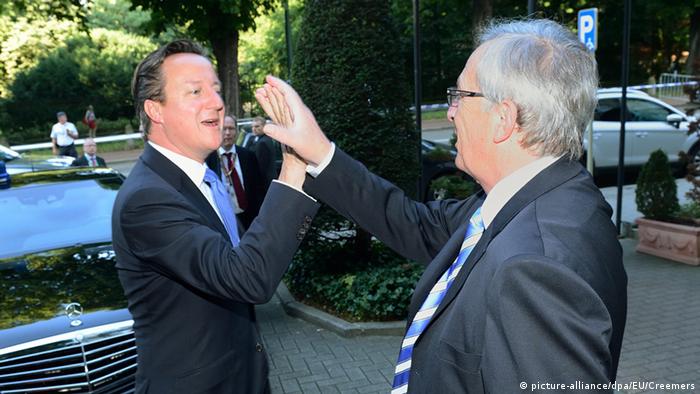 Whatever the final text submitted to the leaders at the EU summit on February 18 will look like, it needs to be bulletproof in a number of ways. It needs to convince Britons that it's worth saying 'Yes' in a referendum later this year and remain part of the EU. It needs to convince other member states that they're not selling the soul of the European Union to keep the UK in it and it needs to withstand anticipated legal onslaughts in the coming years.

What Britain will definitely get

Four 'baskets' will be part of a possible deal and the first three were never seen as a real problem:

- No disadvantages for non-euro member. Cameron wants to make sure that EU countries that don't use the euro as their currency aren't at a disadvantage compared to those that do. This seems to be a rather theoretical request because EU officials feel strongly that at the moment there is no discrimination towards non-euro countries.

- Making the EU more competitive. This is something many member states and the commission have laid claim to already. So the UK is preaching to the converted.

- Exempting the UK from being part of an 'ever closer union'. Again, this is a question of wording. Although the 'ever closer union' is a founding principle of the EU, the UK already has so many exceptions and opt-outs that no one really expects a level of EU integration similar to that of Germany or Belgium. 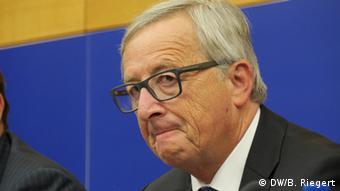 The fourth 'basket' is where David Cameron has all his eggs and also the most controversial one. He wants to restrict access to certain social benefits to people who arrive in the UK. This includes citizens from all across the European Union. But one of the core principles of the EU is that legislation in one member state cannot discriminate against people from another.

According to reports, the proposal that commission experts have worked out give Cameron much of what he wants without legally violating that principle:

- Making the restriction a temporary one. The UK government has always sought to strip new arrivals of social benefits for a limited time only. Cameron has asked for four years and that's what he might get.

- Justifying the restriction with the urgency of the situation. In order for this to have a chance in court, Britain would need to argue that immigration is putting too excessive a strain on its social system. Depending on exact definitions of "excessive," the UK might have the data to make this case.

What Britain probably won't get

The four year mechanism described above are like a trump card the UK can only play once. So if they activated it in 2017 it could be applied until 2021, similar to an emergency brake. After that all EU citizens get the same social benefits as Britons again.

By all accounts the EU wants to stay in control. This would mean that the UK can't just decide to pull the emergency brake, but it most likely has to engage in a process. The assessment whether the requirements are met to restrict social benefits for citizens of other member states would probably lie with the Commission, and the European Council would give the final green light. That's a bitter pill to swallow for Cameron, but it's a comparatively small one. 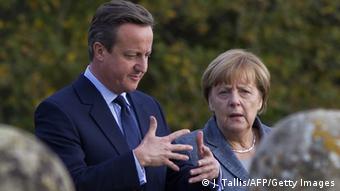 Would other member states accept this?

German Chancellor Merkel has repeatedly said that freedom of movement within the EU is not negotiable. The deal described formally doesn't restrict that freedom, but Cameron's hope, of course, is that the restriction of social benefits will keep migrants from coming to the UK. So Merkel can probably agree to this, especially given that she is ready to compromise on many issues to keep the UK in the EU.

Some of the heaviest criticism has come from Poland. That's no surprise if you consider that roughly 700,000 Polish citizens make their living in the UK. As things stand now, though, these workers would continue receiving their social benefits because the emergency brake only applies to new arrivals. It seems likely that the Poles can be convinced to go along.

Conclusion: If leaders sign off on something close to the above at the EU summit, David Cameron will have enough to sell it to his countrymen. He would have gotten most of what he asked for, albeit procedural and temporary restrictions for 'Basket 4'. Some member states will certainly grumble at yet more British exceptions, but will conclude that the EU has enough on its plate without risking to lose the UK. After that, it's up to Britons to vote 'Yes' and stay in the European Union.

Juncker to meet Cameron in bid to put brake on 'Brexit'

German Chancellor Angela Merkel and UK PM David Cameron have agreed that "more work" is needed to strike a deal on governance and immigration in the European Union ahead of the UK's in/out referendum on EU membership. (26.01.2016)

The "Alfie" lead spoke out in favour of Britain leaving the European Union during a BBC interview. The comments led his name to trend on social media, triggering mixed responses from users. (22.01.2016)