Eduardo Cunha, speaker of Brazil's lower house of Congress, has been officially suspended from his post following a Supreme Court decision. Cunha was the architect behind the effort to impeach President Dilma Rousseff. 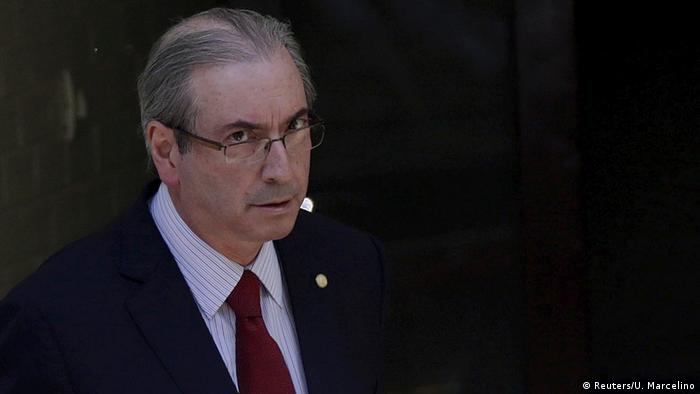 Brazil's top court made the decision on Thursday following a ruling earlier in the day by Justice Teori Zavascki.

Zavascki ordered that Cunha (pictured above) be stripped of his powers, a decision confirmed just hours later by the full court.

An immensely powerful and divisive figure, Cunha was charged with taking bribes in a case that involves state-owned oil company Petrobras. Despite repeated efforts to hold him accountable, however, he has managed to avoid being brought to justice.

Cunha has denied any wrongdoing and plans to appeal the decision. A spokesperson was quoted as saying he wouldn't leave office. 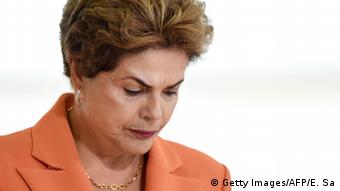 Cunha is reviled by some as the main figure behind efforts to impeach President Dilma Rousseff, who expressed satisfaction with her archenemy's fate.

"Better late than never," Rousseff said. "The only thing I regret [...] is that he was able to sit there stone-faced and preside over these shameful proceedings in the lower house."

One of Zavascki's concerns appears to be the fact that Cunha was second-in-line after Vice President Michel Temer to take over the presidency if Rousseff is impeached.

A poll in April found that 77 percent of Brazilians wanted Cunha to step down or be dismissed from his position. The court ruling is yet another reminder of the overlapping corruption scandals currently plaguing Brazilian political life.

In addition to Cunha, dozens of other politicians or executives have been charged with or found guilty of corruption.

Reports said Brazil's state attorney wants President Rousseff questioned for allegedly trying to stall a corruption investigation. She insisted the scandal would not affect the Olympics as she set off the torch relay. (04.05.2016)