A woman has reportedly accused Brazilian soccer star Neymar of raping her in Paris last month. The father of the Paris Saint-Germain star said "it is clear" that the incident "was a trap." 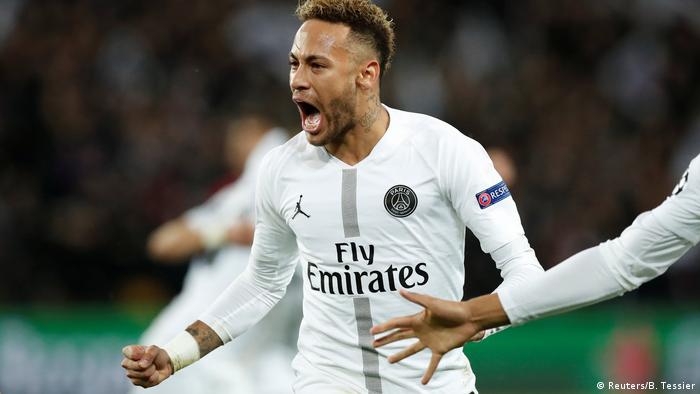 An unidentified woman has accused Brazilian soccer star Neymar of raping her in Paris last month, according to a Brazilian police report seen by Reuters and The Associated Press.

In a complaint filed with police in the Brazilian city of Sau Paulo on Friday, the woman reportedly said the incident took place in a hotel room on May 15 at 8:20 p.m. some twenty minutes after Neymar had arrived in an "apparently drunk" state.

The woman told police that they "touched each other, but in a given moment Neymar became aggressive and, with violence, had sexual intercourse against the victim's will," according to The Associated Press.

She reportedly told police that a representative of the Paris Saint-Germain player had bought her tickets to Paris and booked her a hotel room after she exchanged Instagram messages with Neymar.

Neymar's representatives did not immediately respond to a request for comment. His father, Neymar dos Santos, denied any wrongdoing by the player.

He said in a local TV interview: "If public opinion is not cleared up, and if we can't show the truth quickly, this will snowball. If we have to show Neymar's WhatsApp messages and the conversations with this girl, we will, because it is clear that it was a trap." He added that they were living "difficult moments."

The Paris Saint-Germain star withdrew from Brazil's Copa America squad on Thursday after suffering an ankle ligament tear in a friendly win over Qatar.

The EU upholds a ruling in favor of the Paris St Germain forward. A businessman had registered Neymar's name as a trademark, claiming he didn't know the Brazilian was set for stardom. Judges found this "inconceivable." (14.05.2019)

Police said on Monday they had re-opened a rape investigation against Cristiano Ronaldo. Lawyers for the Portuguese footballer are threatening to sue a German magazine after it published the allegations. (02.10.2018)

The hidden talents of footballers

Sportswear giant Nike have claimed they ended their long-term relationship with Neymar after the Brazilian footballer failed to cooperate with a sexual assualt investigation. Neymar denies any allegations.

The US sportswear giant said it ended its deal with Neymar after he failed to cooperate with a sexual assault probe. The PSG striker dubbed that suggestion "an absurd lie."