Brazil steps up fight against Zika virus ahead of Olympics

Brazil has promised to protect athletes and visitors from disease-carrying mosquitoes ahead of the Olympic Games in Rio de Janeiro. Fear has spread after the disease was linked to birth defects in the region. 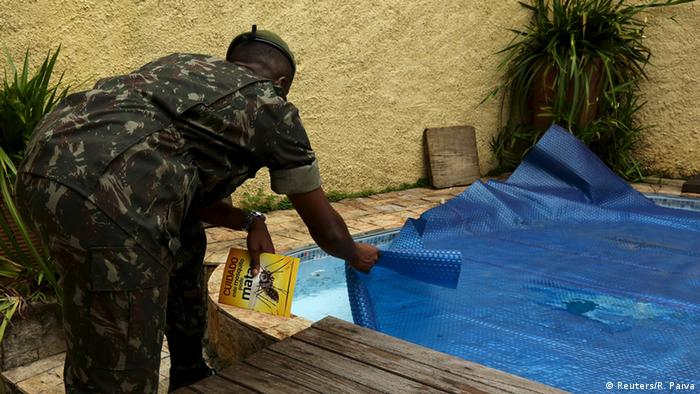 Authorities in Rio de Janeiro said Monday that the city would step up inspections and ramp up security measures as the Zika virus, which is carried by mosquitoes, continued its spread in the Americas.

More than 3,000 health inspectors in Rio de Janeiro will target known breeding grounds for the insects in an attempt to stem the spread of the disease as the city prepares to host the Summer Olympics in August.

Officials said inspectors will also begin spraying insecticide around the Sambadrome, the outdoor area where the annual Carnival celebrations are due to take place early next month.

"The mayor's office will be intensifying inspections," City Hall said in a statement. "About a month before the opening of the Games a team will visit all competition sites to eliminate possible concentrations."

On top of these measures, the army is set to mobilize 200,000 soldiers to combat the spread of the virus by informing the public of the danger. Troops will go house by house across the country to hand out health brochures and offer advice, according to an interview with Health Minister Marcelo Castro in the "O Globo" newspaper. 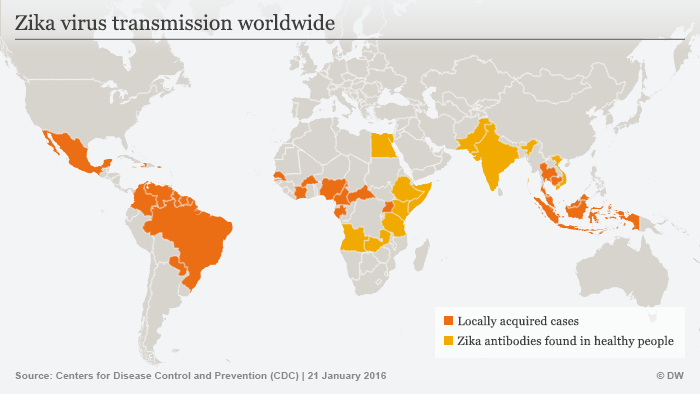 Spreading through the Americas

The Zika virus has raised concerns over the past week as new cases were reported in the United States. According to the World Health Organization, the virus is likely to spread throughout the Americas - only Chile and Canada would be spared.

The virus, which is not spread from person to person, causes flu-like symptoms that usually clear up within a week. But in pregnant women the virus can lead to serious birth defects including microcephaly, in which babies are born with abnormally small heads.

Brazil has seen a spike in such cases over the past several months. The country's health minister said last week that the particular mosquito responsible for spreading the disease has become more widespread.