Opposition party senators from Brazil have failed in their attempt to visit jailed Venezuelan politician Leopoldo Lopez. Their minibus was stoned, forcing them to return to the airport. Brasilia has protested. 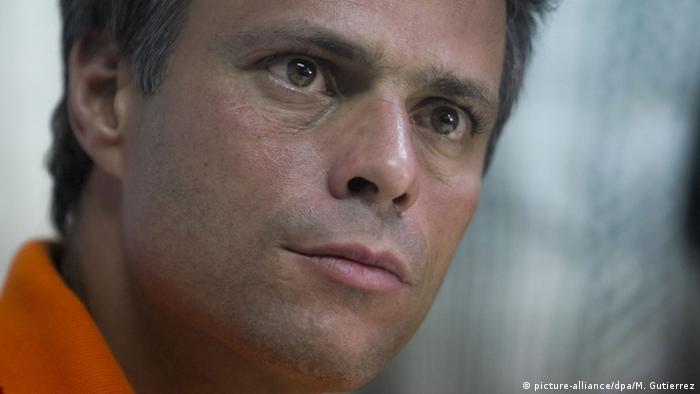 Their plane landed at a coastal airport on Thursday but the group turned back before reaching the capital, Caracas, after their minibus was caught up in traffic congestion and a protest.

"Our bus was under siege; they were beating and trying to break it," one of the senators, Ronaldo Caiado wrote via his Twitter account. "I filmed them throwing stones against the bus."

Former presidential candidate Senator Neves said the vehicle came "under siege" from protesters. "We are here to defend democracy and, until now, the Venezuelan government has shown little appreciation of it," Neves wrote on his Twitter account.

Neves told the Union Radio station the group would return to Brazil and make a formal protest over how they were received. He said the group also wanted to know the date of parliamentary elections in Venezuela.

The group had wanted to visit imprisoned ex-mayor Leopoldo Lopez, (photo) among others.

Lopez has been on a partial hunger-strike at the Ramo Verde military jail for 25 days. He was accused last year of stirring up violence around anti-government protests.

Too close to Maduro?

Brazilian President Dilma Rousseff and her Workers' Party have been criticized for their close ties to Venezuelan President Nicolas Maduro.

The Brazilian Foreign Ministry released a statement Thursday night saying hostile acts against its politicians were unacceptable. It said it would seek an explanation from Venezuela's government.

Also on Thursday Venezuelan President Maduro called US presidential hopeful Donald Trump a "bandit" and "thief" after Trump accused Mexico of sending criminals to live in the United States. "He who messes with Mexico, messes with Venezuela," Maduro said in a speech.

Maduro has been President of Venezuela since 2013. He served in the late President Hugo Chavez's governments as minister of foreign affairs and as vice president.

A US envoy has met Venezuela's second most powerful official in Haiti in a further sign of normalizing of relations. The talks took place in Port-au-Prince. (14.06.2015)