A Brazilian court has confirmed the 2017 conviction and extended the nine-and-a-half-year jail sentence for former President Luiz Inacio Lula da Silva. The ruling is set to undermine Lula's hopes for re-election in 2018. 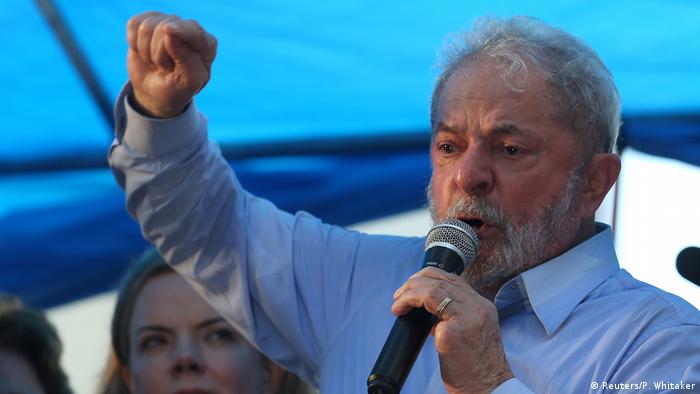 Two judges on the three-judge panel ruled to uphold the conviction and extend the original sentence by nearly three years.

Wednesday's decision casts doubt on whether Lula can make good on his intention to run for presidency in 2018. A candidate is legally ineligible to run if they have a confirmed criminal conviction.

But Lula can appeal Wednesday's decision to higher courts. That route could delay a final conviction until after the August 15 deadline for candidates to register for the 2018 election and allow the former president to enter the race.

On 12 July 2017, Lula was sentenced to 9.5 years in jail after a presiding federal judge found him guilty of accepting bribes valuing around 3.7 million Brazilian reals ($1.2 million, €1.1 million).

The money was allegedly spent on renovating a three-story beachfront apartment in the Atlantic coast municipality of Guaruja for Lula. In exchange, the ex-president helped the OAS construction company obtain lucrative government contracts with the state oil company Petrobras.

The charges against Lula emerged as part of "Lava Jato" (Operation Car Wash), a corruption probe that began in March 2014 and has since ensnared multiple prominent figures in Brazilian politics and business.

Thousands of people took to the streets in the southern city of Porto Alegre in the state of Rio Grande do Sul, where the appeal was being held, to show their support for the 72-year former leftist president.

Lula told supporters on Tuesday that he would continue his political fight regardless of the outcome.

"Only one thing will take me off the streets of this country, and it will be the day of my death," Lula said.

"Until that moment, I will fight for a more just society. Whatever the outcome of the trial, I will continue fighting for the dignity of the people of this country." 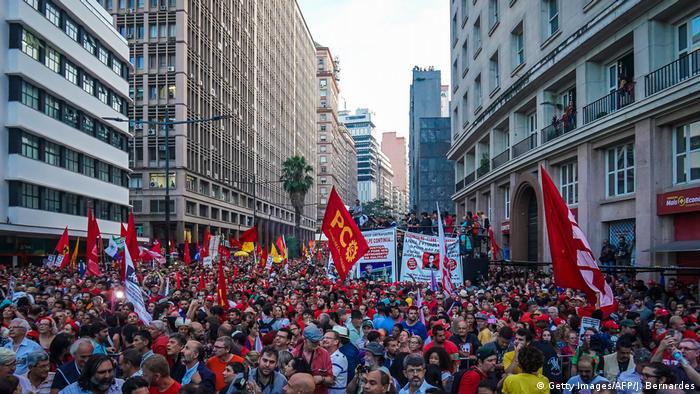 Lula's handpicked successor Dilma Rousseff joined him as he spoke to his supporters. Rouseff was impeached in 2016 for breaking budget rules, bringing 13 years of Workers' Party rule to an end.

Lula, Rousseff and other leftist leaders say they are the victims of a plot by the judicial, political and business sectors to sideline the Workers' Party.

In the most recent survey by Brazilian pollsters Datafolha from December, Lula had 34 percent of voter intentions, followed by the right-wing deputy Jair Bolsonaro, with 17 percent.

"If Lula can't run, the election is very uncertain and we would have five or six candidates with the possibility of reaching the second round, which would make the 2018 elections the most unpredictable since the restoration of democracy [in 1985]," political scientist Mauricio Santoro of Rio de Janeiro State University told the French news agency AFP.

The leftist politician has defended himself against charges in the massive "Car Wash" graft scheme. Lula's alleged role divides Brazil - some hail him as a working-class hero while others praise the investigating judge. (11.05.2017)

A congressional committee has rejected a report calling for Brazilian President Michel Temer to be suspended from office. A massive corruption scandal has already seen ex-president Lula sentenced to almost ten years. (14.07.2017)

The imprisonment and political exclusion of former President Lula da Silva was a violation of his rights, the UN has said. Lula is currently leading in polls for October's presidential election.