Now that Germany's legendary rock festival is switching venues, a dispute has emerged over who can lay claim to its name. A court has ruled that the brand name "Rock am Ring" is not protected. 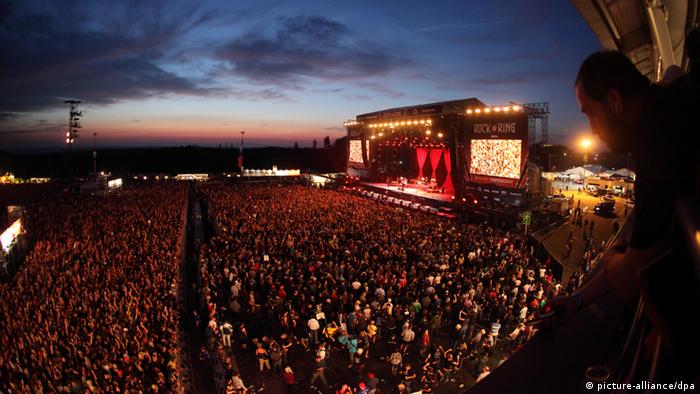 Veteran festival organizer Marek Lieberberg does not possess sole rights to the name "Rock am Ring." Without approval from the company Nürburgring GmbH, which operates the venue where the music festival has been held each year since 1985, the name cannot be used in advertising or naming an event, a Koblenz court ruled. That marked a success for the ring operators, who had petitioned for a temporary injunction.

The case went to court because Lieberberg could not reach an agreement with the new owners of the Nürburgring venue on the conditions of a further partnership. The site's new operators demanded a higher share of the profits, which Lieberberg called unfeasible. Instead, he is thinking of moving the festival to a former NATO headquarters near the western German city of Mönchengladbach. But he wants to take the festival's name, which has become a kind of trademark, with him.

For 29 years, Rock am Ring has stood for eye-catching lineups and devoted fans. In 2014, around 82,500 came to Germany's Eifel region to take in star-studded concerts. During the first edition in 1985, Chris de Burgh and Joe Cocker were among the headliners. Back then, just 17 musicians took the stage, but these days, close to 100 bands and artists take part. The list of those who have played the festival reads like a Who's Who of music history: David Bowie, Udo Lindenberg, Bryan Adams, Bob Dylan, Elton John, Bon Jovi, Guns N'Roses and Rammstein are among them. German punk favorites Die Toten Hosen insist that Ring concerts are something special. This summer's top audience magnets were Iron Maiden, Linkin Park, Kings of Leon and Metallica.

At the last edition of the event in its current location, Lieberberg was met with gratitude by fans and artists alike. James Hetfield, Metallica's frontman, assured fans on stage that the band would never come back to the Nürburgring venue under different management. And Campino, Die Toten Hosen's singer agreed, saying at the festival, "Wherever Lieberberg is, that's where Die Toten Hosen are." 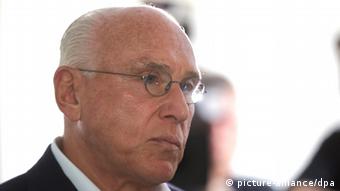 Marek Lieberberg founded the event in 1985

'An idea that I realized'

Ahead of the court hearings, Lieberberg told news magazine "Der Spiegel" that, "Rock am Ring is a vision that I had 30 years ago. It's an idea that I realized - at the Nürburgring and without help from third parties. We invented a brand. We've achieved cult status for it. And the brand will remain. It's not at all tied to the Nürburgring itself."

But neither sentimentality nor the support of fans and musicians was likely to sway the judges. One of Lieberberg's lawyers has announced he will closely examine the reasons for the decision and consider possible avenues of recourse.

It's still unclear whether the organizers of a new festival at the Nürburgring, Peter Schwenkow's Deutsche Entertainment AG (DEAG), will try to take on the famous name. Until now, it's been said the new festival would have the same concept but be named after an infamously dangerous curve at the Nürburgring racetrack - "Grüne Hölle" (Green Hell).

Wednesday (02.07.2014) marked the start of the open air festival Tollwood in Munich. For 25 days, audiences can take in various performances, including theater productions and live concerts. (02.07.2014)

The opening of Göttingen's Handel Festival on May 29 is the start of what one could even call the Handel season in Germany. On June 5, a fest devoted to the German-born composer begins in Halle. (29.05.2014)

Jan Delay is among the most multi-faceted German musicians. 2014 marked his sixth appearance at the Rock am Ring festival. He tells DW why the event means so much to him and what's ahead in his musical career. (08.06.2014)