The former undisputed heavyweight champion of the world will fight Roy Jones Jr. at an exhibition in Los Angeles in September. Tyson, who turned 54 last month, was last seen in the ring 15 years ago. 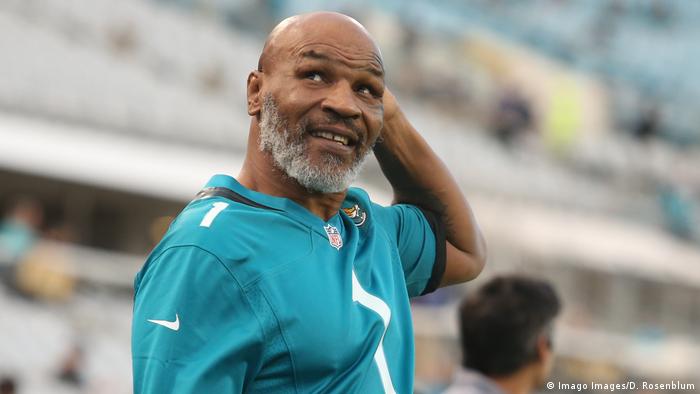 Former undisputed world heavyweight champion Mike Tyson announced on Thursday he was coming out of retirement at the age of 54 to fight Roy Jones Jr.

The eight-round exhibition bout will take place on September 12 in Los Angeles.

American-born Jones, who himself is 51, also briefly held a heavyweight title after moving up through the categories from middleweight.

Tyson dismissed any notion of danger of serious injury for the two fighters, despite concerns over their age. California rules will require they both wear headgear for the fight.

"We're both accomplished fighters," Tyson said. "We know how to protect ourselves. We'll be alright."

Despite the exhibition nature of the fight, Tyson promised it would be a competitive event as "we're showing our skills and fighting" while saying he wants to recapture the fearsome form he once displayed.

Two years later, Tyson was convicted for rape and sentenced to six years in prison. He was released on parole after serving three years.

He then made a comeback to the ring, including an infamous fight with Evander Holyfield in 1997 when Tyson was disqualified for biting a chunk out of his opponent's ear, earning him an 18-month suspension from the sport.

He had one last chance at heavyweight glory, losing to Britain's Lennox Lewis in 2002.

Tyson last lifted a glove in anger 15 years ago, when he lost to Kevin McBride, just days before his 39th birthday.

Jones, meanwhile, last fought in February 2018, when he beat Scott Sigmon in what at the time appeared to be the last bout of his career.

Healing and survival through boxing in Eastern Congo

Mike Tyson, the 54-year-old former heavyweight boxing champion, showed glimpses of his destructive prime during his return to the ring for an exhibition match against the 51-year-old Roy Jones Jr.

At the age of 54, boxing legend Mike Tyson will make his comeback in the ring. Boxing fans are looking forward to his duel with Roy Jones Jr., but are the health risks associated with the bout too great?

Former boxing world champion Mike Tyson was a storybook sports hero. From the most humble of beginnings he made it to the top, but his self-destructive tendencies held him back and consistently proved his undoing.