The parliament of the semi-autonomous Bosnian Serb region has paved the way for a referendum on the 1995 Dayton peace accords, prompting criticism from opposition parties and foreign governments. 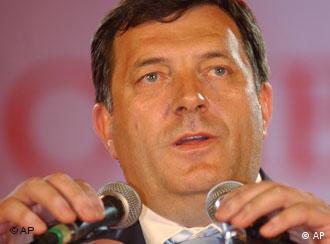 In a move that could widen the rift in Bosnia's already divided society, the Bosnian Serb region has passed a law making it easier to hold public referendums on controversial issues.

This primarily includes the legitimacy of the Dayton peace accords, which ended the 1992-1995 war, and the work of international peace envoy Valentin Inzko.

Bosnian Serb Prime Minister Milorad Dodik said his government had no hidden agenda with the vote.

"We want to pass a law and then call a referendum about the support to the Dayton peace agreement and decisions disparaging it," he said. 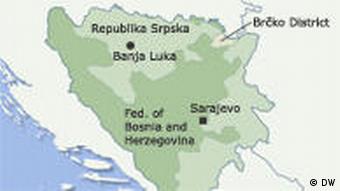 Previous laws allowed Muslim and Croat minorities in the Bosnian Serb parliament to block referendums with stalling tactics until a deadline passed, but the reform rids the laws of the time limits. While referendums held only in the Serb-governed region would have no legal standing in Bosnia, they could cause political and social upheaval in the country.

The referendum issue first came up last December after Inzko extended the mandate of foreign judges and prosecutors at the war crimes court.

Dodik, whom foreign prosecutors are currently investigating for corruption allegations, claims the national legal system can function without foreign interference.

Inzko has the power to impose laws and fire government officials in Bosnia, and many Bosnian Serbs see him as biased against them.

Criticism from within and abroad

Inzko has said any referendum questioning the validity of the Dayton accords would violate both Bosnia's constitution and the peace agreement itself.

Minority Muslims in the Bosnian Serb parliament walked out after the vote, saying it should first be clear in the law who can call for referendums and what they can cover.

Meanwhile the United States issued a statement through its embassy in Sarajevo, saying it would consider “provocative any referendum that threatens the stability, sovereignty or territorial integrity of Bosnia-Herzegovina."

The European Court of Human Rights has condemned Bosnia for barring minorities from running for the highest offices in government. (22.12.2009)

The European Union has scrapped visa requirements for citizens of Macedonia, Montenegro and Serbia. But Bosnia and Albania are disapointed that the new rules do not apply to them. (30.11.2009)

The actions of Serb nationalist Milorad Dodik "threaten the stability" of Bosnia-Herzegovina and the entire region, the US Treasury has said.

The law would have allowed for the Serb-majority Republika Srpska to take over property owned by the central government. Serb leader Milorad Dodik said he does not accept the decision.

The Serb member of Bosnia's presidency, Milorad Dodik, has laid out plans for a Bosnian Serb army. But the Croat member of the presidency, Zeljko Komsic, has described it as a "criminal act of rebellion."