BVB have their eyes set on the Europa League final in Lyon in May ahead of the visit of Atalanta. For European newcomers RB Leipzig on the other hand, a last-32 tie against giants Napoli already feels like a final. 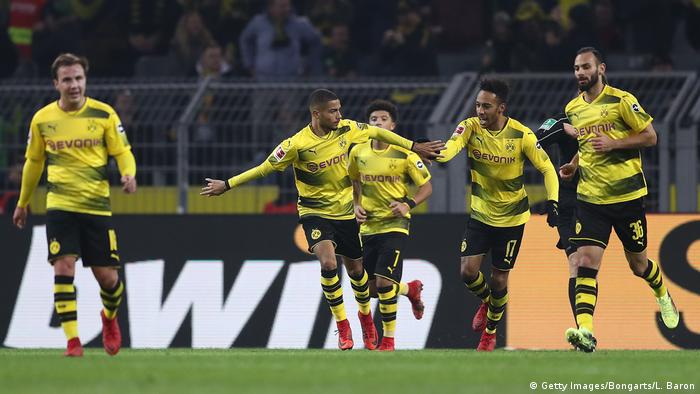 After their disappointing Champions League exit, Borussia Dortmund get their Europa League campaign underway against Italian outfit Atalanta  and coach Peter Stöger is already eyeing up a trip to Lyon in May.

"We're all keeping May 16 free in our calendars because we want to be in the final that day," he said at Wednesday's press conference. "That's our aim, even though there are some strong opponents in the competition."

With AC Milan, Atletico Madrid, Napoli, Lazio, Arsenal and Lyon all in the competition, Atalanta don't represent the hardest possible draw for the Black & Yellows, and the team from just south of the Alps are hardly a household name north of the mountains.

Nevertheless, Gian Piero Gasperini's side topped a Europa League group which included Lyon and Everton and are currently eighth in Serie A, only one point behind giants AC Milan.

"When you see what sort of teams are in it this season, you can hardly call the Europa League a consolation prize," commented Ömer Toprak. 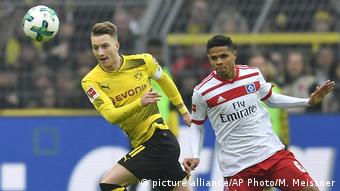 The return of Marco Reus is a huge boost

"They might not be that well-known outside of Italy but Atalanta have made it difficult for the top Italian teams this season, so we have been well warned," said Stöger.

"It will be an uncomfortable task," he continued. "Atalanta is a typically Italian side who are strong on the counter-attack."

Dortmund have struggled to break down defensively-minded opposition this season but, with Michy Batshuayi hitting the ground running with three goals in two games, they should have enough firepower to overcome the Italians.

"It's a huge chance for us," said Marco Reus, who boosted Dortmund's options when he returned from an eight-month injury lay-off against Hamburg at the weekend. "We need to put our hearts into it and treat it like the Champions League. BVB has never won the Europa League [or its predecessor, the UEFA Cup], so that's extra motivation!"

Reus' return comes at the right time with fellow playmaker Shinji Kagawa unavailable through illness. Stöger also refused to commit on Marcel Schmelzer as the Dortmund captain continues to recover from a muscle problem. 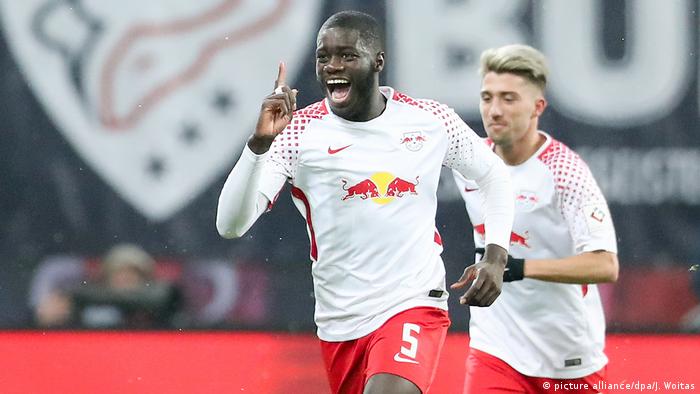 If Atalanta are relative unknowns on the European stage, then RB Leipzig's Italian opponents certainly aren't; SSC Napoli are two time Italian champions, five-time Copa Italia winners and the 1989 winners of this competition.

"They have an incredibly strong team," said RB defender Willi Orban. "Playing at this level is worth its weight in gold; it feels like a Champions League draw!"

"We want to give as good an account of ourselves as possible in Napoli," said coach Ralph Hasenhüttl, while Orban added: "We're confident of getting a draw. We would take a 0-0 – we might even score one!"

Midfielders Marcel Sabitzer and Diego Demme have both returned to training after suffering from winter colds and playmaker Emil Forsberg has also traveled to southern Italy. Stefan Ilsanker is suspended, Marcel Halstenberg is out with a ligament tear and new transfer Ademola Lookman isn't eligible having already featured for Everton in the competition. 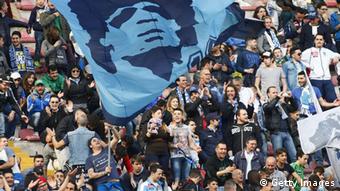 While this is the club's first season in Europe, Napoli have faced eastern German opposition before when a team which included Diego Maradona beat Lokomotive Leipzig en route to that 1989 triumph.

This season however, the Neapolitans are in a two-horse race with Juventus at the top of Serie A as they target their first Italian championship since 1990, and Maurizio Sarri is likely to field a second string team in Europe's second tier competition.

And despite the attacking talent on both sides – Napoli can call upon such talents as Dries Mertens and Marek Hamsik while RB's attacking threat is well known - the match hasn't really whetted the fans' appetite either. According to local media, only 6,000 tickets had been sold as of Tuesday, with 1,500 of those going to the visitors from Germany.

But Orban dismissed any suggestion of the hosts not taking the game seriously.

"I'm sure that they also expect to do well in this competition," he said. "But ultimately for us, it doesn't matter who they play."