German police have freed two men who were taken into custody over a suspected attempt to set off a bomb at the main train station in Bonn. Authorities are still looking for a third man. 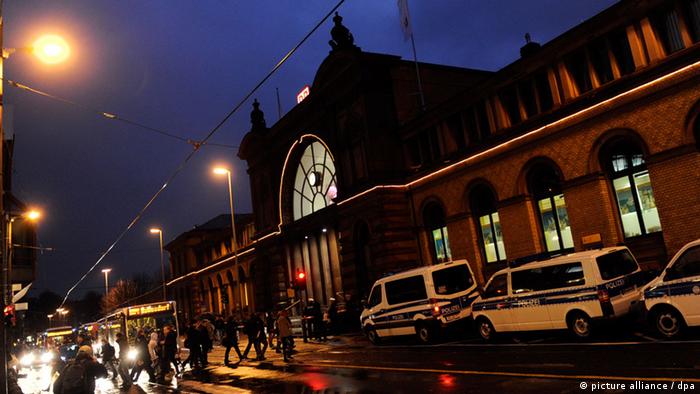 The Bonn prosecutor's office and the Cologne police department, which is leading the investigation, had confirmed the two arrests on Tuesday evening.

However, they told the DAPD news agency that neither of the men - who were later freed - was an actual suspect in the bombing.

Cologne police, though, have released a computer-generated composite picture of a suspect they are still looking for based on the description of a 14-year-old eyewitness. The picture shows a tall, thin, dark-skinned man between the ages of 30 and 35.

One of the arrested men was thought to have been Omar D., a Somali-born man regarded by police as an Islamist extremist. His lawyer, Mutlu Günal, confirmed the arrest of his client to journalists but did not comment on why he had been taken into custody.

Omar D. is no stranger to the authorities in the Bonn region. His is one of two men who were pulled off a plane at Cologne-Bonn airport in 2008, just minutes before it was to take off on a flight to Amsterdam. Back then, Omar D. and the other man were suspected of planning to travel to Pakistan for training at a camp for Islamist militants. However, both suspects were released two weeks later due to a lack of evidence. The Bonn prosecutor's office closed that investigation in January 2010.

While there is growing speculation that Bonn, the post-war capital of West Germany, may have narrowly avoided a terrorist attack, it remains unclear whether the bomb found on a platform at the city's train station was even fully functional.

After a suspicious package was spotted by a passer-by on Monday afternoon, police cleared the train station and destroyed the package in a controlled explosion. On Tuesday, explosives experts were still examining the evidence. Investigators have said the bag contained "flammable material."

However, the mass-circulation newspaper Bild quoted a security source who said investigators had not yet found a detonator. A Cologne police spokesman declined to confirm this report.

The discovery of the bomb caused major delays in the Bonn region during the evening rush hour. It also disrupted long-distance trains traveling through the region.