What role does the media play in curbing climate change? That's the question a diverse group of participants will grapple with at Deutsche Welle's annual Global Media Forum in Bonn which opens on June 21. 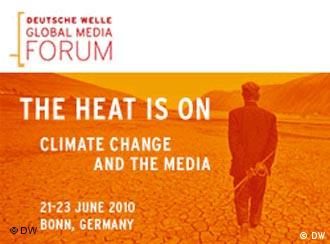 The annual conference brings together participants from all over the world

In May this year, environment ministers from 45 countries met for climate talks near Bonn in western Germany. A few meters away outside the hotel hosting the summit, a more unusual gathering was taking place: Around 200 children had gathered from the global student movement "Plant for the Planet."

The group had just planted their millionth tree in Germany. The organization, which is active in 70 countries, aims to plant a million trees in each country of the world. 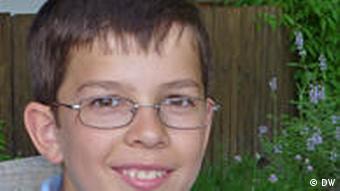 Felix Finkbeiner will be one of the youngest participants this time

The driving force behind the movement is Felix Finkbeiner, all of 12 years old. He came up with the idea three years ago while researching for a school presentation on climate change.

He said he was inspired by Kenyan environmental activist Wangari Matthai, who planted over 30 million trees together with other women in her country. Matthai received the Nobel Peace Prize in 2004.

On June 21, Felix Finkbeiner returns to Bonn, but this time the young environmental campaigner won't be demonstrating on the street for climate justice.

Together with solar flight pioneer Bertrand Picaard, he will inaugurate Deutsche Welle's annual three-day Global Media Forum, this year titled: "The Heat is On - Climate Change and the Media."

Finkbeiner's tree project is just one among several approaches at the conference to slowing global warming and protecting the climate. Hermann Scheer, a Social Democratic German parliamentarian, winner of the Alternative Nobel Prize and chairman of the World Council for Renewable Energy, has a similar one.

Scheer, who will also be attending the conference, is convinced that in addition to a massive expansion of renewable energies, carbon dioxide will need to be removed from the atmosphere, not just pumped into it less. 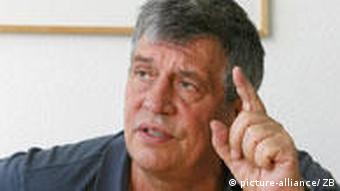 There's no silver bullet for doing this, Scheer says, and argues that our best hope lies in "a large-scale global reforestation program."

The annual media conference in Bonn brings together an eclectic mix of environment campaigners, entrepreneurs, journalists, artists, scientists, lawmakers and civil rights activists from around the world.

"The Global Media Forum is international, it's interdisciplinary and interactive," said Ralf Nolting, head of Deutsche Welle Media Services, the organizers of the conference.

The aim of the meeting is to get key players from a range of fields at one table to identify problems and come up with solutions – this time the subject is the role of the media in covering climate change.

There's little doubt that it's a timely topic. A recent international study conducted by market research institute Synovate in cooperation with Deutsche Welle, which polled 13,000 people, shows that a rethink of attitudes towards climate change and sustainability is sorely needed.

Deutsche Welle chief Erik Bettermann said he was particularly concerned about the growing denial of the seriousness of the problem. 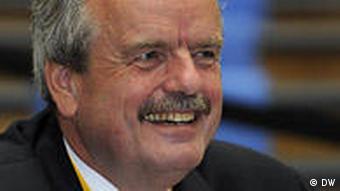 "We've been forced to conclude that knowledge of the effects of climate change is widely accepted, but at the same time the number of those who think 'it's not that bad,' is increasing – it's 10 percent after all," Bettermann said.

Among others, the former BBC correspondent, now psychotherapist, Mark Brayne will look at some of the psychological reasons for climate change denial.

Ralf Nolting said it was an important trend one couldn't afford to ignore.

"It's simply the genetic disposition of people the older they get – that includes most people in key positions," Nolting said."

"In short, if someone has turned coal into energy all his life as an operator of a coal-fired electricity plant, then it's suddenly a psychological problem for him to accept solar cells or wind energy."

Student campaigner Felix Finkbeiner too has an opinion when he thinks about young and old. He points to a simple mathematical calculation.

"For us children, future means 80 or 90 years. For most adults, future means 20, 30 or 40 years. And most grown-ups don't seem to understand how we children feel when we get to know that 30,000 children starve each day. And this number is on the rise because of the climate crisis."

Finkbeiner has published a book together with fellow activists, he travels around the world, meets celebrities and prominent people, he has appeared before the EU parliament and continues to plant trees.

In short, he follows an approach that Herman Scheer describes as "think global, act local. And that equates to acting with global responsibility."

Swiss adventurer Bertrand Piccard hopes to fly a solar-powered plane around the world. His "Solar Impulse" project will be part of the Global Media Forum which opens in Bonn on June 21.

Felix Finkbeiner, a speaker at DW's Global Media Forum, was nine when he came up with the idea of planting trees around the world. He's now 12 and his idea has snowballed into a green group spanning 70 countries.