At least 20 worshippers have died and dozens more injured in a car bombing in Iraq. The death toll may rise as some of the wounded were seriously hurt. 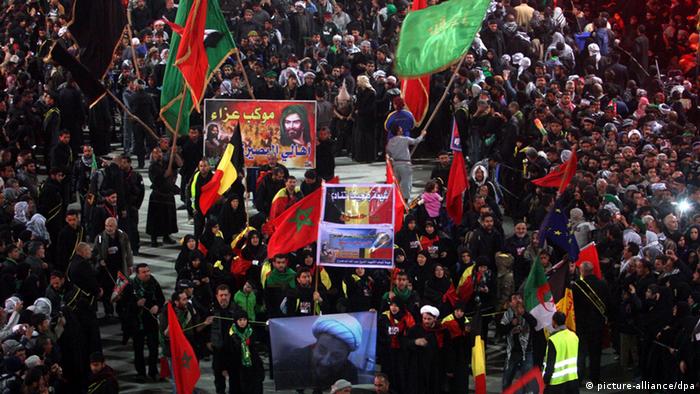 Shiites returning from Iraq's shrine city of Karbala for the final commemorations of a revered figure in Shiite Islam were targeted on Thursday when a car bomb killed at least 20 worshippers in a parking lot in the town of Musayyib, which was used mainly by vehicles transporting pilgrims.

A medic on the scene said the death toll could well rise, owing to the injuries of the dozens wounded in the attack.

The violence hit despite a massive operation to safeguard the millions of Shiite Muslims travelling to and from Karbala as part of the Arbaeen mourning rituals. Some 35,000 soldiers and police had been deployed to Karbala in order to protect the worshippers.

Arbaeen marks 40 days after the Ashura anniversary commemorating the killing of Imam Hussein, grandson of the Prophet Muhammad, by the armies of the caliph Yazid in 680 AD.

Crowds took to the streets of Karbala, blaring sad songs from loudspeakers and flying black flags alongside pictures of Hussein and his half-brother Imam Abbas, both of whom are revered figures for Shiite Muslims and are buried in Karbala.

No group has claimed responsibility for the bombing, but Sunni militants often try to target Shiites during commemoration rituals.

According to the provincial governor, Amal al-Din al-Har, there were around 750,000 worshippers from 30 countries in Karbala on Thursday, with the city's 700 hotels at full occupancy. He also said that some 18 million pilgrims will have passed through Karbala by the end of the commemoration.