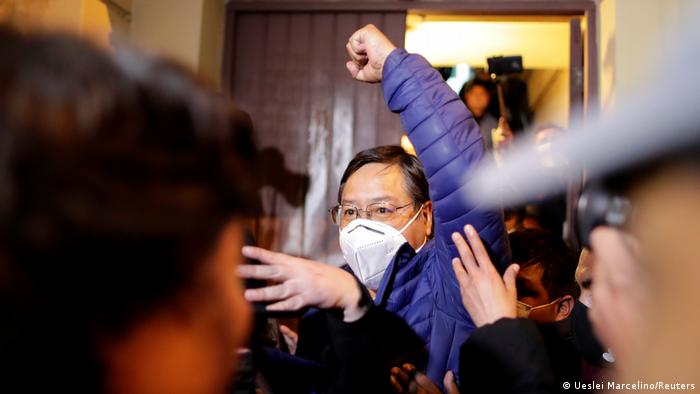 Bolivia's final vote count on Friday confirmed Luis Arce from the Movement Toward Socialism (MAS) party as the winner of the country's nationwide elections.

The result gave Arce 55.09% of the vote after five days of scrutiny. To win the first round, one of the party leaders had to attain at least 50% of the votes, along with a 20 percentage-point lead for an outright win. This was also confirmed when Arce's nearest rival, former president Carlos Mesa, won 28.83% of the ballot.

The next nearest challenger, Luis Fernando Camacho, received 14% of the vote.

The outcome marks a return to the left for Bolivia from the present conservative caretaker government that stepped in after long-term leader Evo Morales was ousted last year.

The final count confirms Arce as president-elect of Bolivia, ahead of the formal proclamation from the country's Supreme Electoral Tribunal which is scheduled later on Friday afternoon at a ceremony in La Paz.

Arce was already recognized as the winner by Mesa, the interim government of Jeanine Anez and a large part of the international community, including Russian President Vladimir Putin.

The elections were held last Sunday and initial projections had Arce, who held the position of finance minister in the Morales government, as a comfortable winner after a turnout of 87%. Electoral laws in Bolivia mean voting is mandatory for those residing in the Latin American country.

Bolivia was shaken by unrest in the wake of the last presidential election, in October 2019. The opposition accused President Morales of electoral fraud, and hundreds of thousands of people took to the streets.

Morales subsequently resigned and went into exile, first to Mexico and later to Argentina. From exile, he chose Arce to be the party's candidate — despite resistance from within the MAS base.

After Morales was ousted from power, counterdemonstrations were commonplace across Bolivia and a commission from the Organization of American States recommended new elections.