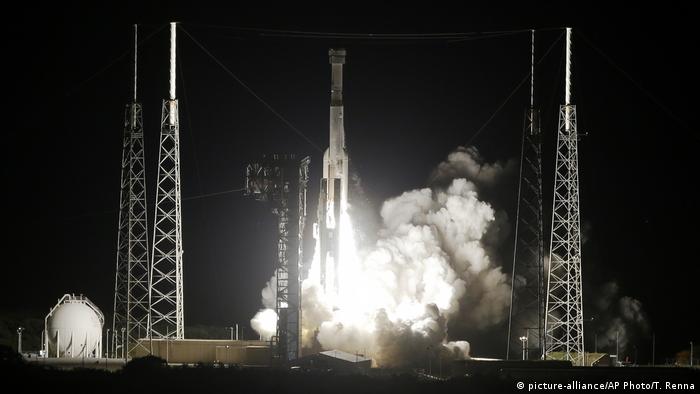 US aerospace giant Boeing on Friday launched its new Starliner capsule into space on a planned eight-day journey to the International Space Station (ISS) and back, but failed to reach the correct orbit.

The capsule, launched as a milestone test, will now return to Earth.

The mission was unmanned, with just one non-human crew member on board for the test flight: a dummy called Rosie.

NASA officials insisted that the capsule was still stable and that, if it had a human crew, the astronauts would be in no danger despite the test's failure.

The test mission was a dry run for next year's planned inaugural launch with astronauts. It is part of NASA's plans to end dependence on Russia's Soyuz rocket to transport astronauts and supplies to the ISS.

No presents for ISS crew

The Starliner successfully took off from Cape Canaveral in Florida, attached to an Atlas V rocket, at 6:36 a.m. local time (1136 UTC). Apart from Rosie, who is fitted with sensors to make sure the trip is safe for humans, the spacecraft is carrying Christmas treats and presents for the six astronauts currently on the ISS.

Half an hour into the flight, however, Boeing reported that the capsule failed to reach an orbit that would send it to the space station.

NASA later said that the setback meant that the capsule would return to Earth.

"We did obviously have some challenges today. When the spacecraft separated from the launch vehicle we did not get the orbital insertion burn that we were hoping for," NASA Administrator Jim Bridenstine told a news conference.

He said a timing error led the capsule to burn fuel too early, preventing it from reaching the desired orbit. It is now expected to land in New Mexico on Sunday.

Another commercial provider, SpaceX, carried out a similar test flight last month. Its Dragon capsule still has to pass a launch abort test before it will be cleared to take two NASA astronauts to the space station, possibly by spring.

NASA has relied on Russian Soyuz rockets since it shuttered its own Space Shuttle program in 2011 after 30 years.

Bridenstine said on Thursday he was "very comfortable" with Boeing, despite questions about the company's safety procedures following two deadly crashes involving its 737 Max jets.