German luxury carmaker BMW has announced that it is preparing to launch a test series of electrically-powered Minis. If they pass muster, the vehicles would reportedly be bound for the green US state of California. 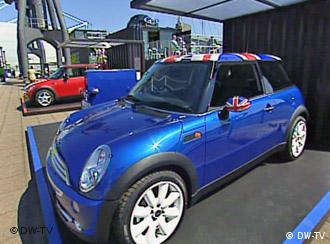 BMW is taking a mini step towards electric cars

Many automobile manufacturers, including Volkswagen, Daimler and GM, have already said they plan to build electric vehicles. But up to now BMW has favored hydrogen-based technology.

The Munich-based group has now said that it would produce "several hundred cars in the Mini series in coming months" in Oxford, England, and convert them in Germany to run on electricity.

BMW are to conduct field tests with the electric Minis over the next 12-18 months to refine the technology. Details are to be published towards the end of the year.

"This step will allow the BMW Group to gain an initial knowledge of how mobility can be achieved efficiently using electrically powered vehicles," Chief Executive Norbert Reithofer said in a statement released this week.

"Our task here is to combine the ultimate driving experience with an efficient electrified drive with practically no emissions," he added.

The trade magazine Automotive News Europe had reported on Monday that BMW plans to make 500 models and rent them to clients in California.

The US state has passed legislation which requires automobile companies who want to sell their vehicles in California to also offer a model that emits no greenhouse gases.

Are German car makers doing enough to keep up with consumer tastes? Or should they be setting an example? DW-WORLD.DE spoke with an expert on the industry's current approach to environmentally friendly vehicle design. (09.01.2008)