US researchers have developed a magnetic device that fishes bacteria, viruses and toxins out of the blood. It could help treat life-threatening diseases like sepsis and even Ebola. 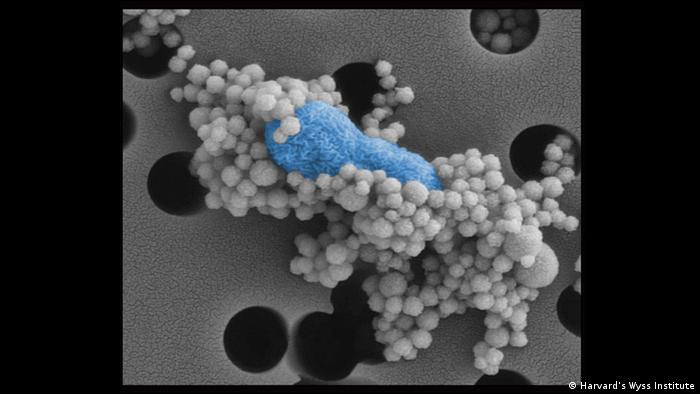 Which doctor hasn't wished to be able to simply eliminate all the bacteria from a patient to make them healthy again?

Well, US researchers claim they have found a way to do exactly that.

Their magnetic gadget removes bacteria, viruses and toxins from the blood, and then puts the clean blood back into the patient's body.

"We tried to mimic the function and the microstructure of the spleen that continuously removes the pathogens from the blood stream," says Joo Kang, researcher at Harvard's Wyss Institute for Biologically Inspired Engineering in Boston.

Kang and his colleagues used their "biospleen", as they call it, on laboratory rats.

The animals were infected either with Staphylococcus aureus or Escherichia coli - two types of bacteria that can cause life-threatening sepsis (blood poisoning) in humans.

"The biospleen cleared more than 90 percent of bacteria from blood," the researchers write in "Nature Medicine". 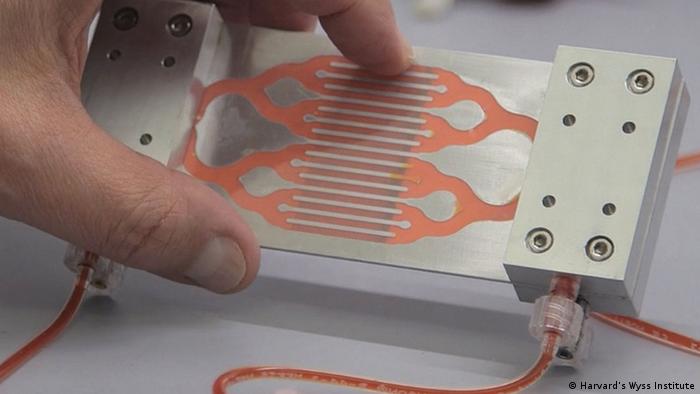 The blood-cleaning magnetic device up close

And this is how it works: the patient's blood flows through a tube at up to 1.25 liters per hour.

Inside the tube, it is mixed with very small magnetic beads. These are coated with a protein that binds to all kind of pathogens and toxins.

Then, inside the small channels of the device, a magnet pulls the magnetic beads out of the blood stream.

As the beads have bound themselves to the pathogens, these are drawn out of the blood as well. The clean blood then flows back into the patient.

The researchers use a natural protein called opsonin.

Opsonin is part of the human immune system and binds to sugars on the surfaces of all sorts of bacteria and fungi, for instance.

To be able to attach opsonin to the magnetic beads, Kang and his team changed the protein's structure, using genetic engineering. 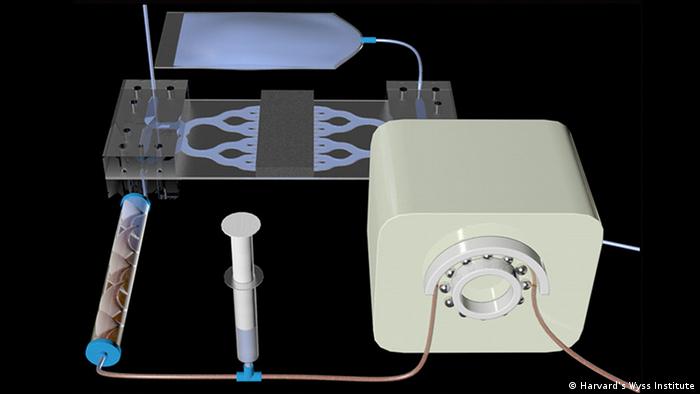 A pump makes the blood flow from the body to a mixing tube. Protein-coated magnetic particles are added with a syringe. The blood flows into the blood-cleaning device with the magnets inside

For sepsis and Ebola

"We think we can provide tremendous impact in sepsis treatment," says Kang.

Sepsis is a life-threatening condition caused by bacterial infection.

Help often comes too late as the disease progresses very fast. This leaves little time for diagnosing the cause, and finding the right antibiotic to treat it.

Using blood cultures - a method to detect a sepsis - takes at least 24 hours.

Lead author Donald Ingber of the Wyss Institute tells DW the biospleen's biggest advantage is "that it allows us to treat infected patients without knowing the source of infection."

The beads bind over 90 different pathogens, he says.

Doctors can start treating a patient even before they know with which bug the patient is infected.

It is yet to be tested in a real scenario, but the researchers expect their gadget may also be useful in tackling Ebola viruses.

"The capture protein we use has been shown to bind to Ebola viruses in vitro [i.e. in the test tube] and thus, we suspect that it might be useful to treat patients with this condition as well," Ingber says. 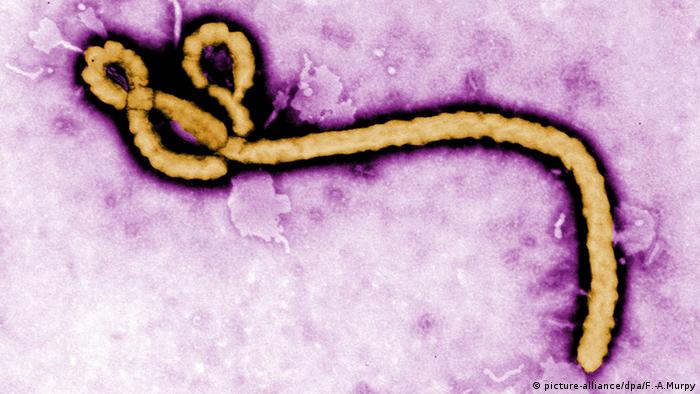 Polly Roy, a biologist at the London School of Hygiene and Tropical Medicine, says the study "is very exciting" and that the method itself "has tremendous potential."

Roy says bacteria and parasites, such as the malaria parasite, are much easier to get out of the blood because they are much bigger than viruses.

And she says there is every chance it might work with Ebola as well.

"Ebola has a very sticky outer layer", says Roy. So it may indeed bind to the engineered protein. But it will need a lot of further testing, she adds.

But sepsis expert Frank Brunkhorst of the University Hospital Jena is skeptical.

Brunkhorst says that "without a proper additional diagnostic tool the method is useless."

It would lead to an "over-treatment" of patients, he says.

Before treating patients, doctors need to know which pathogen is causing the illness, Brunkhost says. He says he would be against using the biospleen method blindly on all patients with sepsis symptoms.

He says administering a broad spectrum of antibiotics early on is still the better alternative.

In most sepsis patients, adds Brunkhost, the pathogens are not restricted to the blood. Often, the bacteria also hide inside an organ, for example, inside the lungs.

"And you can only reach them with antibiotics there," says Brunkhost. "[So the biospleen] is interesting but not a magic formula." 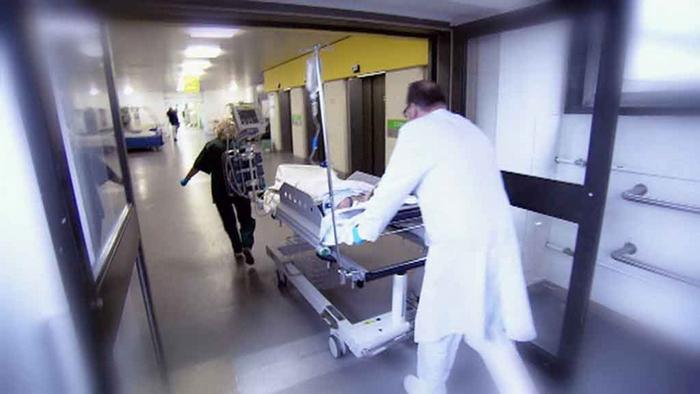 Ingber says, however, that the biospleen method works well with antibiotic-resistant organisms.

And he says the device should not necessarily replace antibiotic treatment - it can complement it.

Blood cultures which are used to test living and replicating pathogens inside a patient's blood often come back negative, Ingber explains.

"The reality is that while there are not many live pathogens in the blood, there are large amounts of dead pathogens and toxins, because your body is using its immune system to fight off the disease - it just can't keep up with it."

Ingber says the technology removes not only live but also dead pathogens and toxins from the blood - and that may be the thing that saves a patient's life.

"We are able to shift the disease state back past the 'tipping point' to where we believe the body will be able to bring it under control, especially when co-administering the correct antibiotics," Ingber says. "So we think this blood cleansing therapy could have a huge impact on clinical care worldwide."

WHO warns against risk of superbugs

The World Health Organization (WHO) has issued a report stating that problems relating to bacterial resistance to antibodies are a major threat to public health. The report cites abuse of antibiotics as a factor. (30.04.2014)