In the wake of revelations that two lesbian activist bloggers were actually heterosexual males, some in the activist blogosphere are left wondering if they've all been hurt by their deception. 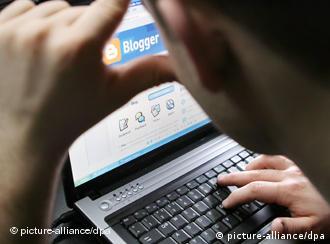 Within just a couple of days in mid-June, two supposedly lesbian activist bloggers were revealed by journalists to not be who they said they were. "Amina" the author of Gay Girl in Damascus and "Paula Brooks" an editor for an American news website LezGetReal, were actually Tom MacMaster, an American PhD student in Edinburgh and Bill Graber from Ohio, respectively. Both men are heterosexual.

These developments have left the gay rights community reeling. At LezGetReal, the remaining editors expressed their sentiments in a post to the readers.

"I'm not dumb enough to believe everything on the net - heaven knows there is way too much junk, hate and conspiracy nonsense out there, but I never really questioned whether or not the people were real," managing editor Linda S. Carbonell wrote.

"The past three days have been devastating for all of us on LezGetReal. 'Paula Brooks' has been a part of our lives for three years now. I'm still trying to wrap my mind around this.

The two deceptions have had impacts beyond the immediate surroundings of LezGetReal and Gay Girl in Damascus, however. 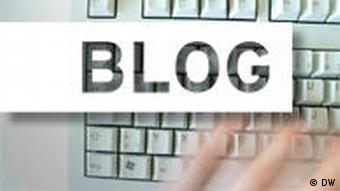 Bloggers rely on their credibility to get the message across

Annina Luzie Schmid is the Berlin-based author of Girls Can Blog, a blog championing the role of women bloggers online. When the news broke that led to the eventual discovery of "Amina's" identity, her arrest in Syria, Schmid was one of a multitude of bloggers who made passionate appeals for her online.

"Amina Abdalla, also known as Gay Girl in Damascus, was kidnapped yesterday and has been missing since," she wrote on June 7. "Sign the Avaaz petition and join the Facebook campaign to help as much as you can at this point."

When the news broke about the actual author, Tom MacMaster, Schmid ate the figurative humble pie on her blog.

Schmid is still struggling to come to terms with what happened.

"As a blogger, I don't want people to feel betrayed after I urged them to sign a fake petition," she told Deutsche Welle. "I don't want them to tell everyone how ineffective and untrustworthy Internet activism is."

Trust is a big part of activism on the Internet. Jim Loughran is a spokesman for the Dublin-based Front Line, an NGO that supports human rights defenders around the world.

These two authors were undermining legitimate work according to Loughran.

"You can see how the Bahraini government could use these examples to say 'Look these activist blogs and bloggers are all fictitious,'" he said.

Sympathizing with the culprits 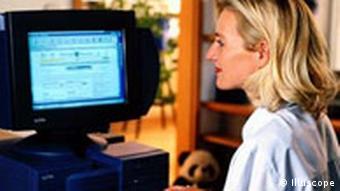 MacMaster has said part of his motivation in disguising his identity was that an Arab girl would be given more deference by the online community. Graber also admitted to the Washington Post, which discovered his real identity, that he didn't think people would take him seriously as a straight man arguing for gay rights.

To an extent Girls Can Blog author Schmid could empathize with them for their motivation.

"I feel empathy for [Graber and MacMaster] in the sense that I know how ideas can get large on the Internet quicker than you know," she said. "And I, too, enjoy fictional writing. But I have no understanding whatsoever for systematic lying. I am a very bad liar myself and happy at that."

But now the result of their actions could mean that bloggers everywhere are taken less seriously, according to Front Line's Loughran.

"The controversy makes life more difficult for campaigners to get their message out," he said. "We know people who cannot use their own identities because they would be sought out and attacked."

In the realm of human rights acitivism, Loughran said, sometimes operating under a nom de plume is the only way to do the work of defending human rights.

Since the story broke regarding "Amina" and her disappearance, Syrian state media SANA reported that it had been a "hoax aimed at enhancing continuous fabrications and lies against Syria in term of kidnapping bloggers and activists."

A professor at the University of Tunis, Lina Ben Mhenni was instrumental in informing people about repression under the Ben Ali regime. She writes about the mood of the protests that would change the face of Tunisia. (27.05.2011)

Cuban native Yoani Sanchez isn't known for holding her tongue, even in a country without freedom of expression. Her outspokenness has earned her the label of "mercenary of imperialism" and around-the-clock surveillance. (26.05.2011)

One of Russia’s most famous bloggers faces a prison sentence if he is convicted of fraud - but he says he’s done nothing more than call state companies and ruling party officials to account for alleged corruption. (11.05.2011)