Blast in Bosnia tunnel near army chief of staff's car

Bosnian police are investigating a blast in a highway tunnel after a device exploded near an army general's vehicle. The incident comes just days after a gunman killed two Bosnian soldiers. 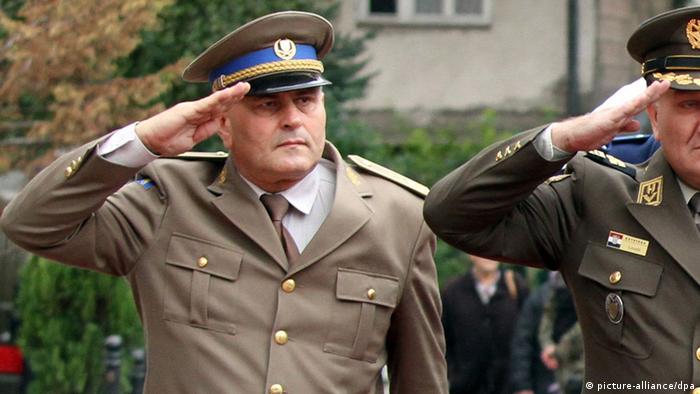 Authorities have interrogated a person suspected of throwing the explosive device out of a moving car, police spokesman Ljudevit Maric said on Saturday.

No one was injured in the incident, with the car carrying General Anto Jelec passing safely through the tunnel near the southern town of Mostar late Friday, officials claim.

"According to the facts we have so far, I do not believe this was an attack on the General Anto Jelec, but I cannot state anything with full certainty before the end of the investigation," she added.

The blast caused only minor damage to the road and the authorities have cleared the tunnel for traffic.

Security forces in Bosnia are on edge following a deadly terror attack earlier in the week. Then a suspected Islamist gunman killed two Bosnian soldiers and fired at a bus with an assault rifle.

The gunman killed himself after police surrounded his home at the outskirts of Sarajevo.

Most Bosniaks are moderate Muslims, although a small percentage have embraced more conservative interpretations of Islam after the bloody Bosnian war two decades ago.

Islamist groups from abroad supported Bosnian troops against both Serbian and Croatian forces during the 1992-95 conflict.

Murder of two Bosnian soldiers an act of terrorism

Bosnian prosecutors and the State Investigation and Protection Agency (SIPA) confirmed Thursday that the murder of two soldiers was an act of terrorism. Security has been raised, reports Zdravko Ljubas from Sarajevo. (19.11.2015)