Bizarre German court case to reopen | Germany| News and in-depth reporting from Berlin and beyond | DW | 06.08.2013

An unusual court case in Germany has taken yet another unusual turn. The fate of Gustl Mollath, confined in a secure ward of a psychiatric hospital, reads like something from a Kafka novel. 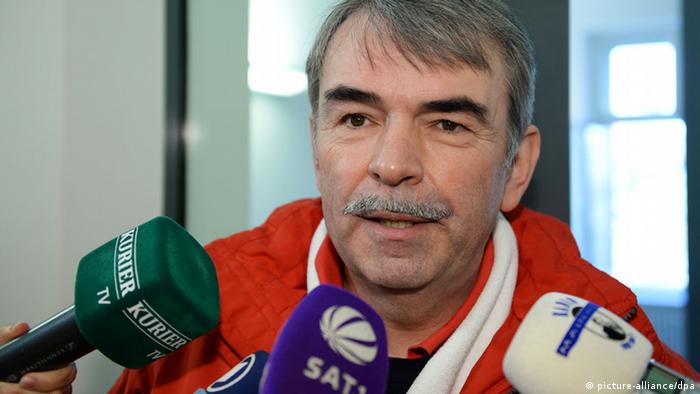 He hated his life in a psychiatric ward in Bayreuth - the nightly controls that robbed him of sleep, the food he found disgusting. But after seven years of confinement, 56-year-old Gustl Mollath was told on Tuesday (06.08.2013) he was free to leave. The Nuremberg Higher Regional Court ordered his immediate release after deciding to reopen the criminal proceedings against him. It found that one of the main documents used to prove his guilt was faulty.

Many people see Mollath as a victim of the justice system or even as the victim of a powerful conspiracy. The former restorer of vintage cars wanted to reveal a money scandal but ended up in court and later in a psychiatric ward. His case has drawn huge attention in blogosphere, where people had been demanding his release for years. More than 44,000 people signed the Internet petition "Justice and freedom for Gustl Mollath."

Mollath's case has a long history. In 2006, the Nuremburg State Court ruled that Mollath had physically abused his now divorced wife. He was also accused of puncturing the tires of cars owned by people who sided with his former wife in their divorce case. Because a neurologist diagnosed him as suffering from paranoid delusions, he was considered not legally responsible for his actions but nevertheless a public danger. 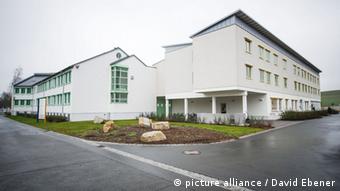 The issue of illicit money is what made the Mollath case so explosive. Throughout the legal proceedings, Mollath pointed to dubious financial transactions involving his wife, who was employed at the Bavarian bank, HypoVereinsbank (HVB). He wrote several letters to the bank about illegal money transactions.

During the trial, Mollath presented a 106-page defense statement. Bound in a loose-leaf binder, it contained confusing statements about the coup of Ugandan dictator Idi Amin, the moon landing and his father's bout with cancer. But hidden in between all that were specific allegations that HypoVereinsbank employees had been illegally transferring money to Switzerland. He later filed a complaint.

Forgotten in a psychiatric ward

While the bank's auditors looked into the allegations, the court handling the case took no action. In fact, the judge never took the time to look at Mollath's binder and, according to witnesses, never let him mention illegal money transactions in court. The state prosecutor also conducted no investigations. He claimed Mollath's complaint was too vague, lacking account numbers, amounts and processes. Journalist Uwe Ritzer saw things differently. "The complaint was so precise that you could have investigated the issue if you'd wanted to," he said. 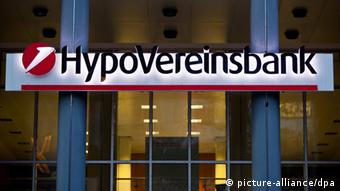 HypoVereinsbank conducted its own internal audit

For six years, Mollath sat largely forgotten in a psychiatric ward. But in 2012, his case came back into public focus. HypoVereinsbank's internal audit was made public after being under wraps for years. The report confirmed the allegations were "correct" and verified that Mollath had had insider knowledge.

The report, leaked to the German newspaper "Süddeutsche Zeitung," documented serious failings of employees, violations of internal policies and external regulations, such as the Money Laundering Act.

No evidence of a conspiracy

But the huge money scandal that Mollath had suspected doesn't appear to exist. Rather, tax authorities speak of everyday shenanigans of specific individuals. The authorities have been unable to find any evidence of a conspiracy involving bankers, judges and politicians.

Nevertheless, the public has taken note of the incident - and is alarmed. Pressure is now mounting on lawmakers and courts to take action. Bavaria has state elections this fall, and Mollath is certain to be on the agenda.

Earlier this spring, the Bavarian state government, whose courts have been handling the Mollath case, set up an investigative committee to look into the issue. The committee brought some new details to light.

Mollath was also heard. "This had to be the first time in German parliamentary history that a parliament heard a witness declared insane and dangerous to the public," said Ritzer. It was the first time in seven years that a government body made an effort to listen to Mollath, who, according to witnesses, was calm and focused. 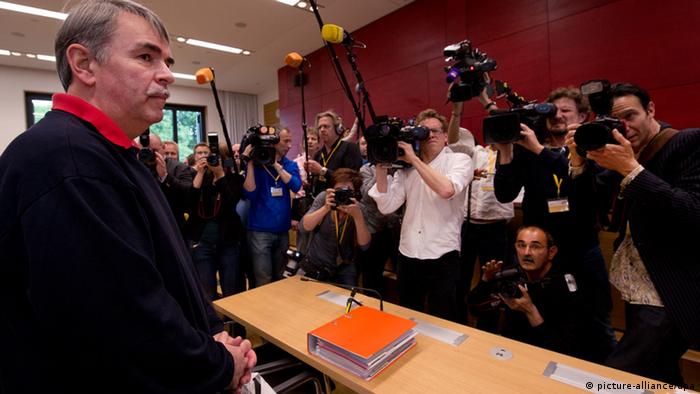 On the day after his appearance in parliament, the Bayreuth District Court announced that Gustl Mollath had to remain in the psychiatric ward. Had he been a convicted felon, his sentence would have long passed, according to some legal experts. But Hans Kudlich, a professor of criminal law, argues that his detention in a psychiatric ward doesn't represent imprisonment but rather a measure to protect the public. "Mollath was deemed a danger to the public in the court proceedings," Kudlich said. "And there was a prognosis that he could take similar action if not confined. If we assume this to be the case, then we have no other means but to confine this person."

Since Wednesday, however, the Bavarian justice system has come to a different verdict. Gustl Mollath is now a free man. His case will be reopened.

Bavarian judges ordered the immediate release of Gustl Mollath from an institution for the criminally insane, pending a retrial of his case. His incarceration for seven years has been dubbed a legal scandal. (06.08.2013)

HypoVereinsbank, the second-biggest German bank, was in crisis on Monday with the shock resignation of two further executives in the wake of the takeover by Italian banking giant UniCredit. (07.11.2005)