Bitter defeat for EU opponents in the European Parliament | Europe | News and current affairs from around the continent | DW | 18.10.2014

Bitter defeat for EU opponents in the European Parliament

After the collapse of the euroskeptic faction in the European Parliament, the political cards are being reshuffled. For Nigel Farage of the UKIP and his colleagues, this means banishment to the back benches. 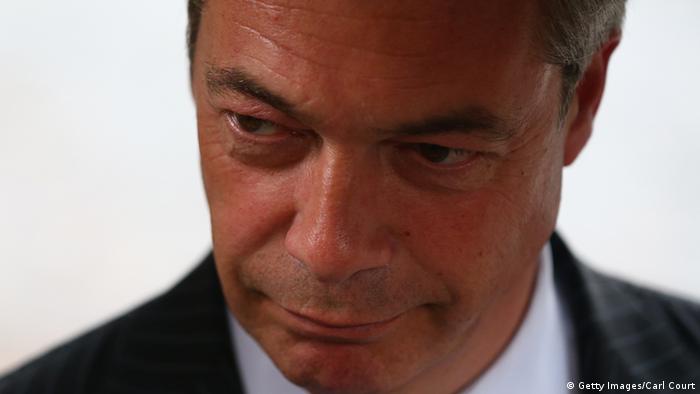 The biggest loser here is undoubtedly the leader of the UK Independence Party (UKIP), Nigel Farage. This man, whose party was described by British Prime Minister David Cameron in 2006 as one full of "fruitcakes, loonies and closet racists," must sit out the opening of parliament on the bench, his group having lost their parliamentary faction status on Thursday.

This means there is bound to be a fair amount of shouting and arguing, say insiders; Farage could never satiate his appetite for recognition and his propensity to dish out abuse. But the rules are clear: A parliamentary group only has faction status in the EU Parliament (EP) if it represents at least seven EU member countries. After the departure of MEP Iveta Grigule of the Latvian Farmers' Union, the euroskeptic Europe of Freedom and Direct Democracy (EFDD) party found itself representing only six countries.

Over half of the EFDD's members belonged to the British UKIP party. It also consisted of 17 representatives from Beppe Grillo's Five Star Movement party of Italy, as well as a handful of euroskeptics from Sweden, France, the Czech Republic and Lithuania.

Farage has lost not only his seat in the front row as the leader of a parliamentary group, but also speaking time and a lot of money: of the 4 million euros the EFDD would have received from Brussels in 2015, half of that would have ended up going to UKIP - a welcome injection into the coffers for the election campaign in the UK next spring. British Conservatives might consider sending the Latvian defector a thank-you note, as they are now under increased pressure after the first electoral successes of Farage's UKIP.

On its website, the euroskeptic EFDD is bemoaning a conspiracy. They claim that major parties in the EP coordinated the destruction of their group by tempting the Latvian MEP with some sort of post to convince her to defect. Even before the collapse of their group, their members had complained that the Conservatives, Social-Democrats and others had kept them away from the chairmanship of important parliamentary committees through collusion. 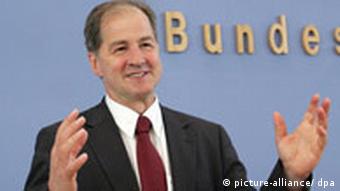 On the other side of the aisle, however, there is now nearly palpable joy over the collapse of the euroskeptic group. Social-Democrat Jo Leinen said the only things uniting these European right-wing populist parties were resentments and antiquated ideals. It did not surprise him that Farage could not hold his company together.

And neither will he nor most of his colleagues find it disappointing that the Briton in future will receive less time on the floor to insult other European politicians, like when he said European Council President Herman van Rompuy had the "charisma of a damp rag and the appearance of a low grade bank clerk."

The Christian Democrats also made no bones about it, tweeting: "First defeat for the euroskeptics! The EFDD group disappears ... the radicals and populists are divided and can carry out nothing constructive."

Behind the scenes, the political cards are now being reshuffled. In principle, the imploded faction only needs to recruit one right-leaning MEP from a seventh country. 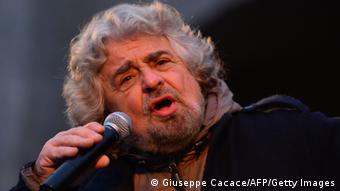 But it won't be that simple; the alliance of Farage's team and the troupe of Beppe Grillo's Italians was always more of a necessary evil than a love match. Some of the Italians are unhappy with the British radical anti-Europe course. And other parties are now trying to recruit the "sensible" members of the collapsed faction.

That leaves the French Front National party and the party of Dutch right-wing populist Geert Wilders. But trying to get French nationalist Marine Le Pen and Brit Nigel Farage to work together would be more a recipe for mayhem and murder rather than for any kind of constructive cooperation in a shared faction.

The European Parliament has never been as splintered as now. It appears to be increasingly difficult for the outsiders, the nationalists, the anti-Europeans, the animal rights activists and representatives of other special interests to get themselves together politically.