A plan to build an Islamic cultural center and prayer room in the shadow of "ground zero" has set off a virulent debate between advocates of religious freedom and those who decry the move as incendiary. 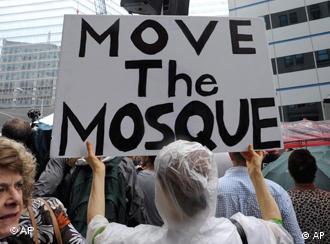 Plans to build the mosque near 'ground zero' touched a nerve

The uproar centers around a project known as Park51, named for the address at 51 Park Place in Manhattan where a moderate imam, Faisal Abdul Rauf, plans to erect an Islamic community center and mosque.

The plan has been in discussion since 2009, and Muslims have already been using the space for prayer since the fall of that year. But what was originally a local Manhattan zoning question quickly flared into a national controversy after conservative bloggers zeroed in on the cause earlier this year and brought it to the mainstream media's attention. 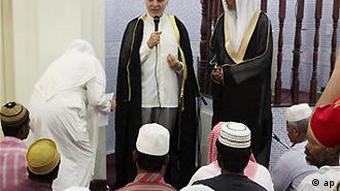 Feisal Abdul Rauf (center) is behind the controversial project

And the rhetoric has only gotten stronger as the ninth anniversary of the al Qaeda attacks on the World Trade Center approached.

Rauf has repeatedly billed the center - which would replace one of one of the buildings that was damaged in the September 11, 2001 suicide attacks - as a multi-faith initiative "intended to cultivate understanding among all religions and cultures."

But opponents have said that the choice of a site so close to "ground zero" is insensitive, at best - and that at worst it is a ploy by Muslims to exploit US First Amendment freedoms to further their own agenda.

Ex-New York Mayor Rudy Giuliani spoke for many of those who oppose the cultural center when he said that, while the builders should be allowed to erect a mosque wherever they like, the plan was more likely to "create anger and hatred" than mutual understanding.

"The reality is that right now, if you are a healer, you do not go forward with this project," Giuliani told US morning news program "Today" in mid-August. "If you are a warrior, you do."

Anti-Islam activists in Europe - where public debates over the building of mosques and minarets are commonplace - echoed that statement.

"We think it is a calculated provocation," said Anders Gravers, a spokesman for the group Stop the Islamization of Europe. "Often when (Muslims) have conquered something, they put a mosque on that place. This happened in Jerusalem, it happened in Cordoba (Spain), and now it is happening in Manhattan."

"Maybe they should show some respect for the families of the victims (of 9/11) …If they want mutual understanding, they should find another place to build it," Gravers told Deutsche Welle.

Pamela Geller of the group Stop the Islamization of America, was one of the first to mobilize opposition to Park51 by bringing the topic to the attention of the mainstream US media.

According to some Muslim activists in the United States, the involvement of groups like the ones Geller and Gravers represent shows that the debate is really more about "Muslim-bashing" than about the placement of the Park51 mosque. Ibrahim Hooper, the spokesman for the Council on American Islamic Relations (CAIR), characterized the controversy as being "manufactured by a small and vocal group of Muslim-bashers" who pander to peoples' basest fears.

"You either have rights, or you don't"

"There has been a mosque in the neighborhood of the World Trade Center for 30 years and it has never been an issue before," Hooper told Deutsche Welle. "There is nothing inherently controversial about having an Islamic community center in Lower Manhattan where you can't even see ground zero from the site." 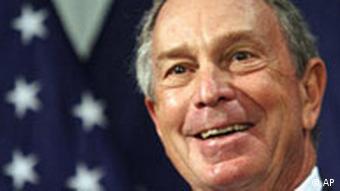 Be that as it may, recent polls show between 50 percent and 70 percent of the population oppose building the mosque, for the same reason cited by former Mayor Giuliani: it shows a lack of respect for the victims of the 9/11 attacks. At the same time, more than 60 percent agreed that Rauf has the right to build the mosque wherever he wants.

"I don't think constitutional rights should be subjected to mob rule. Or even majority vote. Rights are rights, and you either have them, or you don't," said CAIR's Hooper, in reply to those statistics. Then he added: "And you know, I wonder which right former Mayor Giuliani would agree to give up due to the sensitivities of other people."

Public opinion is being distorted by rhetoric spread by the far right in the US, which has co-opted the controversy in order to "exploit the legitimate emotions generated by the 9/11 terror attacks to promote their agenda of hate and intolerance," according to Hooper.

As US midterm elections approach on November 2, even some conservative commentators have said it appears that the "ground zero mosque" - where the disgruntled-populist Tea Party movement is staging a rally on the anniversary of 9/11 - is being used as an emotional vote-getting gambit by conservatives.

"The Park51 controversy is a red herring," wrote Gene Healy, a vice president of the conservative Cato Institute, in the DC Examiner. "Faced with difficult choices, the alleged party of small government always retreats to the lazy politics of Kulturkampf."

Defenders of the Park51 project include US President Barack Obama and - more vocally - current New York Mayor Michael Bloomberg, who also said he believes the controversy will die down as soon as the election is over. Both politicians said they believe the planners' First Amendment rights trump any questions over the appropriateness of the mosque's location.

"If we say that a mosque or a community center should not be built near the perimeter of the World Trade Center site, we would compromise our commitment to fighting terror with freedom," Bloomberg said last month in a speech.

CAIR's Hooper said he believes the Islamophobic hate speech being used against Muslims - who make up 0.8 percent of the US population - is reminiscent of the kind of rhetoric used against the relatively tiny Jewish community in pre-World War II Germany. 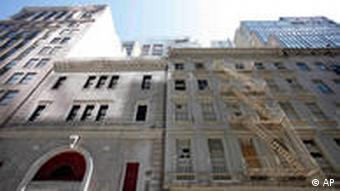 But Gravers, of Stop the Islamization of Europe, disagreed: "You cannot compare Muslims with the Jews in Berlin, because they are absolutely not victims. The Jewish population never made any terror attacks at all. This debate is about understanding peoples' feelings, not about persecution."

Coping with the radicals

Imam Rauf, who is reported to have dedicated his pulpit to moderate intercultural discourse, was abroad on a US State Department-sponsored speaking tour for much of the controversy. But he finally spoke out in an interview late Wednesday with CNN, saying that if he had known how much pain the decision would cause, he would have chosen another site.

While he acknowledged that "nothing is off the table" when it comes to the project, he did say that at this point, there was no choice but to stick to the plan.

"You cannot heal a trauma by walking away from it," he said. "If we move from that location, the story will be that the radicals have taken over the discourse. The headlines in the Muslim world will be that Islam is under attack."

Now, he plans to continue with the project, and try to "advance a discourse on peace."

Pastor Terry Jones, whose call to "burn the Koran" has led to fears of global repercussions, worked as missionary for decades in Germany. Here, too, he was known for his extreme convictions. (08.09.2010)

Thousands of demonstrators rallied outside Germany’s largest mosque in Duisburg to disrupt a planned march by the far right. The counter-protest was hailed largely as a success. (29.03.2010)

There was surprise, if not shock, as the people of Switzerland voted in a referendum by a large majority to ban the building of mosque minarets. (30.11.2009)