German Catholics expressed shock at a threat of discipline issued to theology professors by a bishop, in the aftermath of the row over Rome's readmission of Holocaust-denier Richard Williamson. 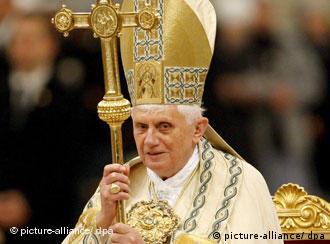 Catholic theologians should not have signed a petition criticizing the pope, a German bishop said

Bishop Gerhard Ludwig Mueller of Regensburg -- where the Pope Benedict XVI owns a private home -- was infuriated when three theology professors at the University of Regensburg signed an online petition criticizing the pope.

In a letter made public Tuesday, Feb. 17, by his aides, Mueller demanded retractions and a personal apology by each to the pontiff.

Mueller said the petition implied that reconciling with the ultra-traditionalist group, the Society of Saint Pius X (SSPX) meant the pope had permitted Catholics to challenge modern church teachings.

"This in not true," he wrote. "You have shown yourself that you are not qualified to teach Catholic theology." The letter threatened "further steps" but did not say if this meant revoking their licenses to teach in the name of the Church at the public university. 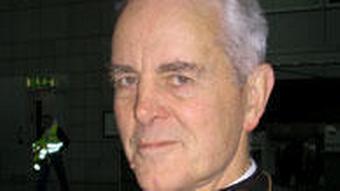 Williamson said he wants to evaluate the evidence of the Holocaust

The initial controversy was triggered by the decision last month of Pope Benedict XVI to end an internal Catholic schism with the SSPX. The society includes British-born Bishop Richard Williamson, who has denied the scale of the Holocaust.

Liberal Catholics in Germany and Austria have accused the pope, who is German, of mismanaging the subsequent political and inter-faith crisis.

Sabine Demel, professor of canon law at the university, said she was appalled at the letter from Mueller. Professor Burkard Porzelt, a religious-education scholar, said he was shocked "that there was no discussion beforehand."

The other professor, Heinz-Guenther Schoettler, who teaches pastoral theology, could not be contacted.

Mueller is an upholder of the authority of the pope and bishops. He is also hostile to the SSPX.

Williamson's remarks denying there were any Nazi gas chambers were made in Regensburg diocese in November. Williamson believes only 200,000 to 300,000 Jews were killed by the Nazis, rather than the 6 million accepted by historians.

Pope Benedict XVI condemned Thursday, Feb. 12, all forms of anti-Semitism in his first face-to-face meeting with Jewish leaders since the start of a row over a bishop who said Jews were not killed in Nazi gas chambers. (12.02.2009)

Williamson, the British-born Catholic who denies the evidence for the Holocaust, lost a court case in Germany, in which he tried to prevent the broadcasting of his views. (10.02.2009)